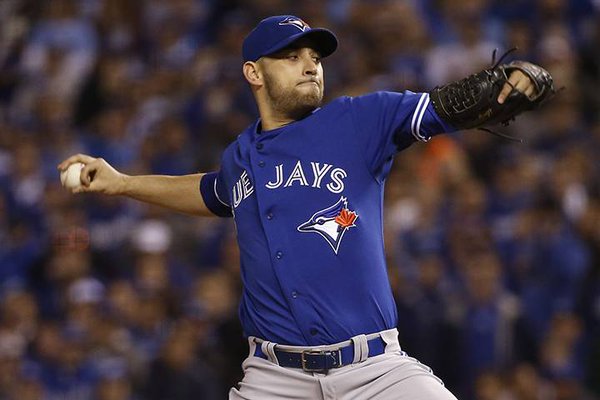 The Jays host the Orioles to open an important series at Rogers Centre on Friday.

The Orioles have lost two games in a row but had a five game winning streak going prior to that and are going to bring their A game in this one.

The Jays are eying that top spot in the AL East and of won three of their last four games.

The Orioles have been finding ways to win despite struggling offensively but have dropped their last two games.

I wouldn’t say they are struggling offensively because they did put up five runs three games in a row from July 22nd to July 24th but they certainly aren’t producing the way they were prior to the break.

Kevin Gausman has been a good pitcher this season but his record is still just 2-7.

He was great against the Indians in his last outing, pitching seven shutout innings.

In his last five starts, he’s given up just nine runs over 32.1 innings.

The Jays had a brilliant 12th inning comeback just the other night but followed that with a loss to the Padres as they were unable to complete the sweep.

The Jays have scored just 23 runs over their last six games but with their superb rotation with the exception of Dickey, have been able to win consistently.

Marco Estrada has been outstanding and it could be argued he’s in the race for the Cy Young but the Jays have only put up five wins with him on the mound.

He consistently allows three or less runs over six innings and I don’t remember the last time he gave up more than 3 but as of late has been allowing exactly three quite frequently which is just an average production for six innings.

Nevertheless, the Jays know what they are getting when he is out there and always puts the team in position to win.

These teams matchup evenly offensively but the Orioles aren’t producing as much as of late, so the edge goes to the Jays here.

The Jays also get the edge in the pitching matchup, as Estrada is much more consistent than Gausman.

This game is going to stay close until the end because neither team is scoring at a high clip right now and both pitchers are capable of pitching excellent games.

If you’re looking for more picks like this Baltimore Orioles vs. Toronto Blue Jays matchup we’ll be providing 4* free MLB plays on the blog all season long, and check out our Experts for guaranteed premium & free MLB Baseball picks!