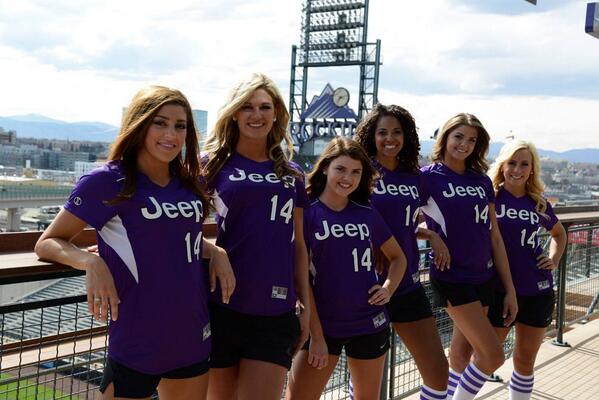 Ready to check out our 2016 Colorado Rockies predictions? The Colorado Rockies have long been one of the better hitting teams in the National League – Coors Field and the thin air almost guarantees that they will be once again in 2016.

The problem? The lack of pitching and what the Colorado air does to some of the best arms in the world!

So do the Colorado Rockies have a chance of making some inroads in the competitive National League West in 2016?

OF Corey Dickerson, 1B Justin Morneau

The Rockies have on paper what seems to be a decent offense – middle of the pack in my eyes. Nolan Arenado arrived on the scene last season and led the Majors with 130 RBIs and 42 Home Runs and Gerardo Parra batted .291 with 14 HRs and 83 RBIs last year.

Leadoff man Charlie Blackmon is also a pretty talented guy – he has a .287 batting average with 18 HRs and has stolen 36 bases the last couple of seasons and Carlos Gonzalez is coming off a 40 HR season.

Injury concerns are a big problem for the latter unfortunately – his consistent health will be critical for the Rockies to remain competitive this upcoming season.

Outside of that there isn’t a whole lot to get excited about – Jose Reyes may not even make the roster after his domestic violence issues and the lack of speed in this offense could prove to be a major issue as per usual this upcoming season.

Colorado is OK offensively as per usual but their major concern is the pitching. No matter how good the hitting can be – it doesn’t mean a thing if the arms can’t keep runs off the board.

The Rockies has the worst staff in the Majors last season – they had a combined ERA of 5.27. #1 guy Jorge De La Rosa would be a third starter on a contender and yet on the Rockies he is considered the ace.

Chad Bettis has a chance to emerge as a quality big-leaguer – his change of speed ability may fit the Coors Field mold to a tee.

The other three projected starters are largely unproven – injuries and lack of innings pitched make the others a tad difficult to project. John Gray may be the best of the bunch – his power pitching ability gives him more upside than the others.

Simply put the Rockies are a below average unit again with no clear-cut #1 starter. I suppose two or three of these guys could overachieve – that is what will be necessary for this team to just be competitive.

Like the Starters, Colorado’s Pen was one of the worst in the Majors last season – the led the league in ERA – 4.70 and walks – 249. Jason Motte and Chad Qualls were brought in as quality, dependable, veteran late inning guys.

Jake McGee from Tampa Bay was also a nice acquisition. The remaining guys either return from injury or were largely ineffective last year.

Translation – the Rockies should be better in the late innings in 2016 – they absolutely had to be!

That said Colorado figures to be one of the worst pens in the game again statistically. The thin air of Coors Field almost guarantees it.

Colorado enters the season hoping to end up a .500 team and although they have a chance to do that with the improved arms they will trot out there, it is hard to imagine them making any inroads in the surprisingly tough NL West.

A last place finish in the West is likely – anything higher would have to be considered a success!

What do you think of our 2016 Colorado Rockies predictions? Comments are welcome below.