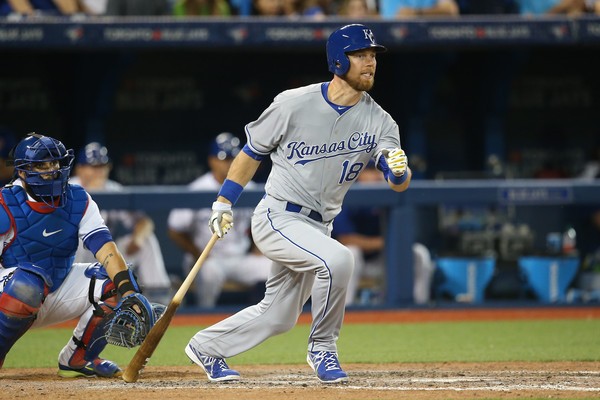 Looking for 2016 AL Central Predictions? We’ve got your back! As the chill in the air slowly starts to dissipate it is time to start focusing our attention on baseball season. For the last 3 weeks teams in Arizona & Florida have been gathered for Spring Training. April 3rd can’t get here soon enough.

One can argue this is the best division in baseball. The 2014 World Series Runner Up and 2015 World Series Winner come from the AL Central as the Kansas City Royals look to defend their title.

Every team has improved within the division, making this one of the most interesting ones. There were big singings, big trades, and big developments that transpired for every team.

Let’s take a look and break down each team.

It seems like everyone is once again picking the Royals to regress this season.

After falling short in 2014, the same was done last offseason as people though this young group would foil with the spotlight on them. However, that clearly isn’t the case. Kansas City will be defending their title after taking down the Mets in 5 games in last year’s fall classic.

Looking first at the back end of their bullpen, it is literally lights out. This year, it will be Kelvin Herrera, Joakim Soria, and Wade Davis holding the fort down. It’s been a common theme for the Royals in the past seasons to get their starter through 6 and turning it over to a lock of a bullpen.

Offensively, they kept Alex Gordon, which is a huge save. Gordon explored free agency and ultimately decided it was best to stay with Kansas City. Gordon offers a Gold Glove defensive style in left and a bat that can provide power at any moment.

The Cleveland Indians may have the best pitching staff in baseball. The Indians rotation features Corey Kluber, Carlos Carrasco, and Danny Salazar, who all have the #1 caliber in them.

The Indians signed a compliment of veterans this past offseason and they’ve all had solid springs. Mike Napoli, Juan Uribe, Marlon Byrd, and Rajai Davis round out this group who will all play a crucial part, especially here in April.

Cleveland will be without Michael Brantley and Lonnie Chisenhall to start the year, as both will be on the DL.

Detroit has been in unfamiliar territory.

Typically this team is atop the AL Central standings and running away with the division. However, their reign is over as the Kansas City Royals have stolen the show.

Well now, the Tigers mean all business. This past offseason they dished out the cash signing Jordan Zimmerman to boost their rotation and Justin Upton, to boost the offense.

This lineup is once again deadly with of course Miguel Cabrera in the middle and now Justin Upton atop it. They’ll also have a solid pitching staff with Verlander and Zimmerman being one of the best 1-2 punches in baseball.

The White Sox always seem to improve one way or another in the offseason, but never seem to put together a full, consistent season.

They will have a much improved lineup with Jose Abreu and Todd Frazier in the middle and of course their rotation is featured with LH Chris Sale.

The Sox have the potential, but getting off to a fast start and finding some consistency within the bullpen is the most important thing for this team.

Even the Twins went out and made some moves this past offseason.

Minnesota made a push at the Wild Card last year as they finished just 3 games out and were in it until the final week of the season. The Twins have a very young team, but players like Brian Dozier and Miguel Sano have broken out and become not just leaders, but legit threats offensively.

The pitching rotation will be the biggest question. Ervin Santana headlines a very questionable staff that has potential, but could be shaky.

In addition to these AL Central Predictions we’ll be providing 4* free MLB plays on the blog all season long, and check out our Experts for guaranteed premium & free MLB Baseball picks!