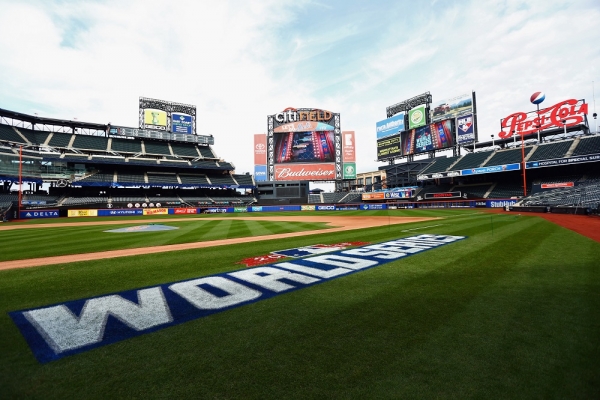 Looking for 2016 MLB Future Lines? We are just over 10 weeks into the Major League Baseball season – not too early to look at who Vegas thinks has the best chances of winning the World Series!

To nobody’s surprise the Chicago Cubs lead the way with two other National League teams right on their heels.

The American League seems a bit more wide-open according to the oddsmakers – there may be a chance to gain a decent payday in October.

So should we put our money behind one of the overwhelming favorites or is there some value further down the line? Let’s take a look.

Let’s be honest – the Cubs are going to be awfully tough to beat. They have the pitching, the offense, the management and the experience make them one of the most well-balanced teams in the game.

They are third in the league in runs with 5.33 per game and best in the MLB in pitching with a 2.61 ERA –scary.

There isn’t a whole lotta value in betting the Cubs right now but supporting them is truly the best option.

The Nationals are clearly the second best team in the NL – they are solid offensively and defensively and they have a terrific staff led by Steven Strasburg who has been remarkable.

The Nats always had the talent – it is a mystery as to why they seem to disappear at the end of every season. 2016 could be their year – if not for the Cubs they would be my pick.

The Giants have really come on! They have gone 20-4 in their last 24 games – incredible! Johnny Cueto, Jeff Samardzija and Madison Bumgarner make up a superb top 3 in the rotation and the offense has outdone most expectations, scoring an average of 4.3 runs per game.

The Giants win the World Series every second year – 2016 would continue that trend.

If you got them when they were +1500 congratulations – they won’t be that good a value from here on in.

The Red Sox are the Vegas darling to take down the AL.

The offense has seen a huge resurgence this season – Xander Bogaerts has been incredible, Jackey Bradley Jr. was on a historic offensive pace, David Ortiz has absolutely turned back the clock and the rest of the offense has been absolutely off-the charts.

The addition of David Price has made this team a contender all by himself and the starting rotation has been one of the nicest stories in the game.

I’m not sure the Sox keep it up but right now they look like a serious threat to take the AL.

The Rangers are currently the best team in the AL. Their pitching and their offense has been terrific this year and once Yu Darvish figures out his injury issues the Rangers are an automatic favorite in the AL.

They have the experience from last year and the all-around team to make something happen in September/October.

My guess is that Texas continues their surge and becomes the American League’s representative in the World Series.

People are sleeping on the Mets just a little bit aren’t they? I mean c’mon. They have had some injuries early this year but once healthy New York is about as competitive as any team out there.

In the National League there is no better value than the Mets at +1400.

The Jays are a piece or two short – mostly in the bullpen and the insane offense hasn’t quite come into its own. But when it does, a surprisingly good starting staff and a bunch of top tier hitters could take Toronto a long way.

In the wide-open American League, a surprise could emerge. A Texas/Toronto AL Championship series would be fun – wouldn’t it?

How about the Mariners at +1800? They have fallen off a tad lately but once King Felix is healthy Seattle could be a threat.

People seem to be forgetting that the Royals won it all last year and were AL Champs the year before that too.

Sure they have been disappointing so far but this team has everything required to make a serious run again – pitching, offense and experience on the biggest stage.

KC is the best value on the board by far right now – take advantage now, my guess is that they aren’t +2500 for long!

Here’s the full list of other 2016 MLB Future Lines

What do you think of the 2016 MLB Future Lines? We’ll be providing 4* free MLB plays on the blog all season long, and check out our Experts for guaranteed premium & free MLB Baseball picks!