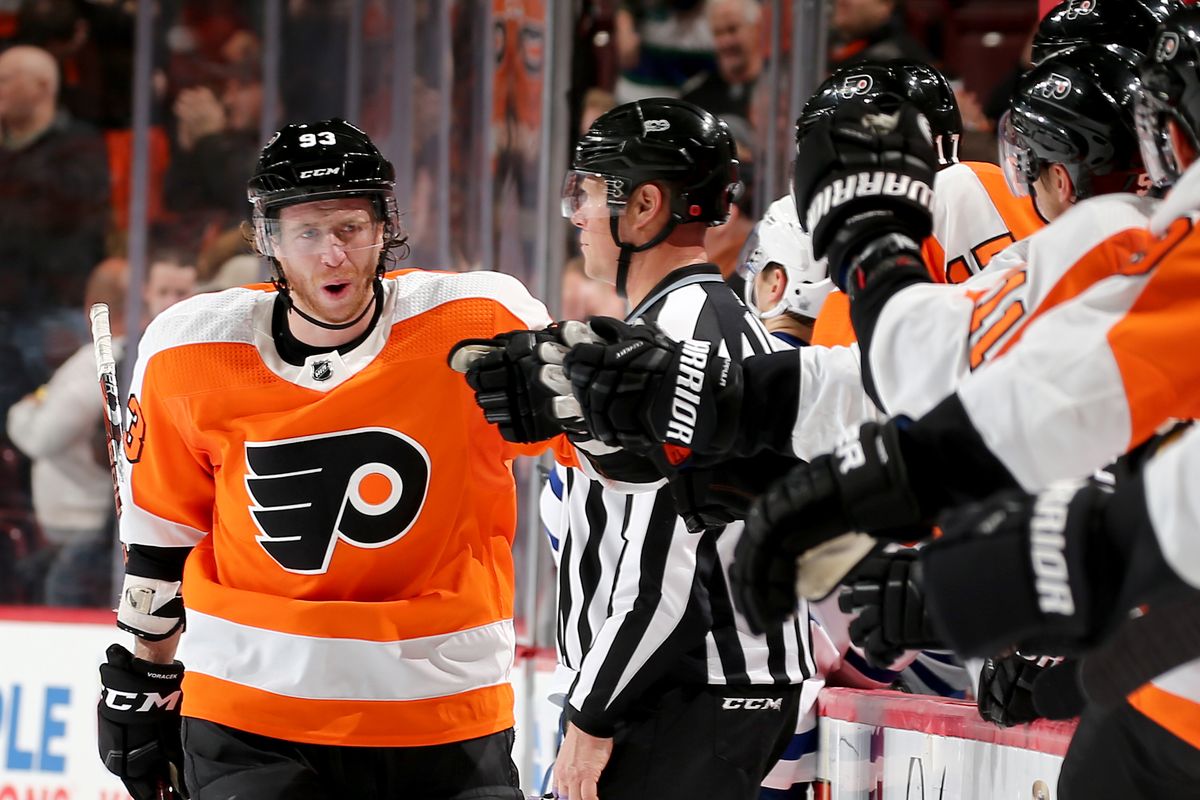 The Flyers aim to keep forging ahead on Monday when they visit the Red Wings, who are mired in their third winless streak of at least eight games this season.

While the Flyers have scored 26 goals during a 5-1-1 stretch, the Red Wings are being outscored 34-12 during their eight-game winless skid (0-7-1) and have seen their goals per game average dip to a league-worst 2.08.

Player to keep an eye on: Philadelphia C Scott Laughton has scored a goal in consecutive contests after mustering just one point in his previous 10.

This should be an exciting game. If you’re interested in placing a bet, continue reading so that you can find out our expert pick.

The flyers may have found a future star in Joel Farabee. Philadelphia rookie Joel Farabee has answered being a healthy scratch against St. Louis on Jan. 15 by piecing together a career-best five-game point streak. The 19-year-old  tallied twice in Saturday’s 6-3 victory over Colorado.

Couturier recorded his third three-point performance since New Year’s Day by setting up three goals against the Avalanche, and his latest effort caused coach Alain Vigneault to toss him a verbal bouquet. “Sean Couturier is one of the best two-way centers I’ve seen in this game,” Vigneault said of the 27-year-old

Couturier scored and set up a goal in Philadelphia’s previous win over Detroit, lifting his career point total to 18 (seven goals, 11 assists) in 20 career encounters.

It looks like they already have a star player in Couturier.

They get a little good news on the injury front,  Speedy Andreas Athanasiou was a full participant in practice and could be in line to return to the top line in place of Filip Zadina, who is expected to be sidelined two to three weeks with a lower-body injury.

Although center Frans Nielsen will miss his second straight game with an upper-body injury on Monday.

Keep an eye on Red Wings C Dylan Larkin, who has collected nine assists and 13 points in his last 13 games to boost his team-leading totals in both categories to 24 and 37, respectively.

The head to head looks a little too easy and dangerous for me. The Flyers are 4-0 in the last 4 meetings and considering the teams it’s hard not to love the Flyers in this matchup. That said I really like the under here as a sneaky play.

6 Is a little high for the offense that the Red Wings have shown recently. The under is 5-1 in the last 6 meetings in Detroit.

If you’re looking for more NHL picks like this Philadelphia Flyers vs. Detroit Red Wings matchup we’ll be providing 4* free NHL predictions on the blog during the entire 2019 NHL season, and check out our Experts for guaranteed premium & free NHL Hockey picks!