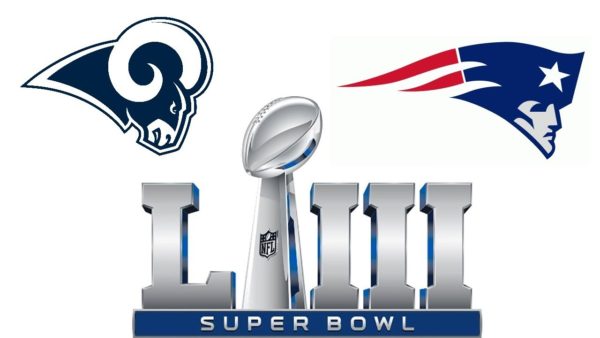 Are you surfing the web today looking for picks and free Predictions for Super Bowl LIII? We’re days away now from Super Bowl 53 going down in Atlanta, Georgia. The matchup between the Los Angeles Rams and the New England Patriots has been examined, analyzed and reviewed in every way imaginable.

Any coach, expert or knowledgeable fan will tell you that it all comes down to players and matchups.

Here’s a look at five players that will have a major impact on Sunday’s Big Game, and we provide Predictions for 2019 Super Bowl online for free!

The Rams are fortunate enough to have what is surely the best defensive player in football on their defensive line. Donald is routinely double and triple-teamed by opponents, yet still manages to make an impact on the game. His strength and quickness also frees up teammates like Dante Fowler and Ndamukong Suh to pressure the quarterback.

Patriots coach Bill Belichick generally is a master of neutralizing a team’s top target, but few players come along that are as dynamic or impactful as L.A’s interior defensive lineman is. The onus is on New England’s interior offensive line to slow Donald down. He not only can bullrush, he has amazing lateral quickness for a man his size and can sniff down a ballcarrier with aplomb.

L.A. also features the most physically impressive back in the NFL, and likely the best RB in the league not named Ezekiel Elliott. Gurley racked up 1,251 yards and 17 TDs during the 2018 campaign, and he’s the lone piece that ramps up L.A’s offense from good, to otherworldly.

Gurley can be a threat toting the rock or catching passes, and a heavy dose of him will minimize the time that Pats legend Tom Brady will have the ball and inflict damage. Having him as a safety valve for second-year passer Jared Goff is critical too, so the Rams don’t have to lean solely on the passing game.

It’ll be a homecoming of sorts for the former Georgia Bulldog. Yet, Gurley has been rather up and down this season, he had a few games where he amassed less than 50 yards. A strong game from the Rams’ starting RB will be critical to Los Angeles’s success in the Super Bowl.

If someone embodies the ‘Patriot Way’ better than diminutive receiver Edelman, I want to know who it is. He is scrappy and isn’t the fastest or most athletic, but he’s tough and always seems to make a tough first-down conversion when the spotlight is brightest.

He’s willing to chip block the opposition, he’ll go to the dirty areas, he’ll get whacked over the middle and he’ll adjust in the air when Brady doesn’t throw a perfect ball. In short, Edelman must be a Belichick fan favorite. The former lightly recruited Kent State QB has carved out a great career as a critical supporting actor, if that role isn’t too much of an oxymoron.

If Edelman is making big catches for first downs, the Patriots offense is rolling, and especially with the relative decline of TE Rob Gronkowski, Edelman is a vital security blanket for Brady now.

Though people are fair to consider him not the best passer, it’s now basically indisputable about Brady’s place at the pinnacle of QBs every to play the pro game. Despite a slight dip in the numbers in 2018, he’s still the cream of the crop, as he proved in the comeback win against Kansas City in the AFC Championship a couple of weeks ago.

‘TB12’ has had so many game-winning drives and so many deliveries in key moments, that it must be old hat by now. Still, the Patriots seem to be blessed with strokes of luck and precisely the right time, but I suppose you can tarnish a five-time Super Bowl champion so much until it sounds like sour grapes from an envious fan of another team. We’ll leave it right there…

Suffice it to say that if New England possesses the ball and Tom Brady is doing Tom Brady things, then the opposition Rams are very much in trouble this Sunday evening.

If you’re looking for more NFL picks like this Los Angeles Rams vs. New England Patriots matchup we’ll be providing 4* free NFL predictions on the blog all season long, and check out our Experts for guaranteed premium & free NFL Football picks!