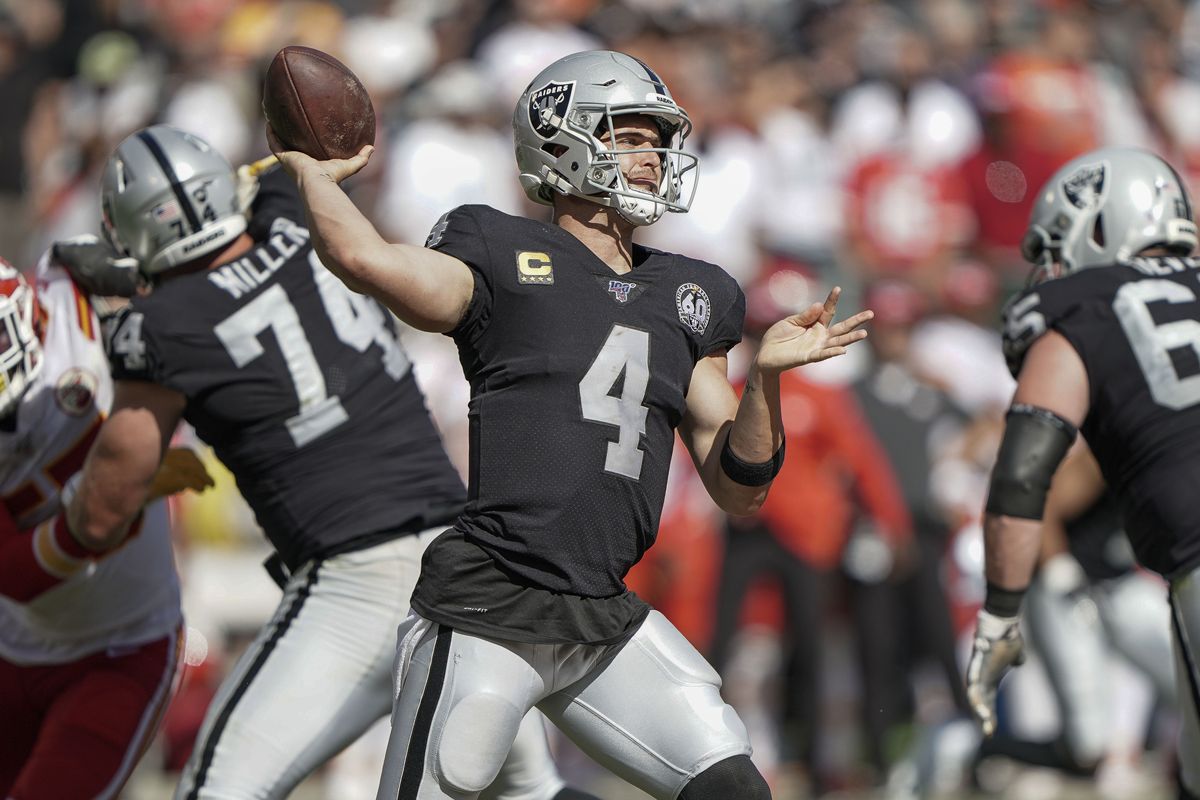 The Raiders will look to keep their playoff hopes alive as they will host the Chargers on Thursday night football. Las Vegas suffered a loss to the Colts in their last game 44-27, while the Chargers are coming off a last-second victory against the Atlanta Falcons 20-17.

Los Angeles has been involved in nine one-score games this season and only have won two out of the nine. They picked up their second win in a one-score game over Atlanta on Sunday and will try to keep that momentum rolling into the game with Las Vegas. Chargers will be missing the playoffs for the second consecutive year but will try to finish the season strong and instill some confidence in their young talented QB.

Justin Herbert seems to be the runaway AFC offensive Rookie Of The Year winner. Herbert hit 36 of 44 passes against Atlanta for 243 yards with two TDs and an INT and has now thrown for 2467 yards with 25 TDs and 10 INTs on the year. With three games left, he should easily surpass 4000 yards passing in his freshman season. Herbert threw for 326 yards with two TDs and no INTs in the first meeting with the Raiders.

LA is ranked 4th in passing offense this season but just 16th in rushing offense as they have had a carousel of RBs on the field. The Bolts ran for 135.6 yards per game through their first eight games but just 75.8 yards per game over their last five contests.

The Chargers have been decent on defense for the most part, and they held the Falcons to just 319 yards of offense in the win. Atlanta did throw for 249 yards on them, but Los Angeles grades very well against the pass allowing the 7th least yards in the league. Where the Chargers struggle is facing the run. They give up the 10th most yards to the opposing team’s rushing attacks letting opponents gain 120 yards on the ground per game.

After a loss to the Colts on Sunday the Raiders have now fallen out of the playoff picture and now are on the outside looking in. Las Vegas has three games remaining against teams with a combined record of 17-22, but they have to win out if they want to get back into that last spot.

The Raiders could not stop the run in their loss to the Colts as Indy ran for 212 yards in the contest. They are now 25th in the league against the run and will be facing a struggling LA ground attack.

Derek Carr has been solid all season for the Raiders, but it clearly might not be enough for the Jon Gruden offense. Carr has thrown for 3343 yards to go along with 24 TD’s and seven INT’s this season. He has thrown a couple of costly interceptions that have really hurt the team in certain situations. For example, he had two in the Raiders game when they were only down by a field goal that totally turned the tide of the game.

Las Vegas needs to tighten up on their run defense if they want any shot at winning this game. They are giving up an average of 128.1 yards a game just to running backs. Overall, the Raider’s defense is giving up 30.1 points per game which is the third-worst mark in the league.

I think the Over has a lot of potential to hit in this game. The Chargers love to throw the ball down the field and the Raiders have been giving up a bunch of deep shots to opposing wideouts. The Raiders have allowed over 700+ yards in the last three games to opposing running backs and now hold the third-worst mark in points surrendered in the league. Los Angeles isn’t the greatest team at stopping teams as well as they surrender 27.8 points per game, so expect a shootout in the death star on Thursday. Give me the over 53 to hit comfortably.

If you’re looking for more NFL picks like this Los Angeles Chargers vs. Las Vegas Raiders matchup we’ll be providing 4* free NFL predictions on the blog all season long, and check out our Experts for guaranteed premium & free NFL Football picks!