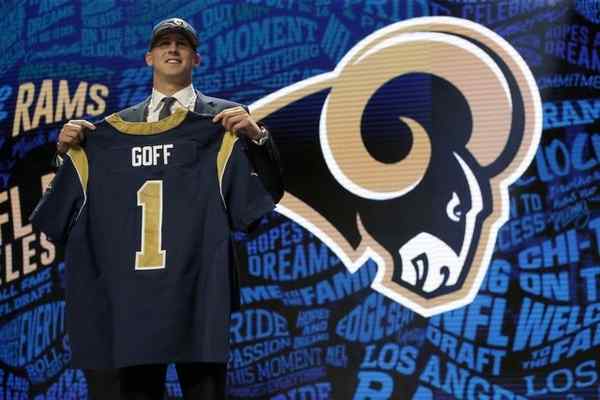 You’ve come to the right place for LA Rams Super Bowl LIII Odds To Win. The Rams will be taking their show to Atlanta, Georgia to take on the dynasty known as the New England Patriots in Superbowl LIII.

At one point this season (dating back to the offseason), the Patriots were considered on their way out as far as their dynasty goes. And while that may still be true as far as the future holds, they’re going to be one tough test for a Rams squad that is really in its first true year of contention.

Although a case can be made for the New Orleans Saints as the true best team in the NFC this season, nobody can deny Los Angeles’ place in this game. Many were hoping for a rematch of the epic Rams-Kansas City Chiefs battle we got to witness this season, but the Chiefs’ time will come. For now, it’s time for another NFC team to try and knock off Tom Brady and Co.

The NFL is not like the NBA. It’s not nearly as focused on its superstars from a marketing perspective (although it does its fair share), and it certainly doesn’t see individual players take over games the way we’re currently watching guys like James Harden single-handedly will a franchise to playoff positioning.

Todd Gurley is going to be am every-down threat out of both the running and passing games. Jared Goff is going to set him up perfectly. Brandon Cooks is still a threat for a deep bomb on just about every possession. And the defense has a number of stars as well.

With so many guys ready to start a dynasty of their own, the only concern here as far as the stars go is whether or not someone is going to make the mental mistake of trying to do too much. As good as the Patriots are, only the Rams can stop their own offense by looking for opportunities to break out onto the scene instead of making the smart plays and sticking to the game plan.

At the risk of sounding redundant, we’ll keep this one brief. But the truth is, this offense can do just about anything it wants against opposing defenses.

This team has weapons all over the field, but it really does usually come back to MVP candidate Todd Gurley. His last outing was underwhelming to the point that you have to wonder if the team is (surpsingly effectively) keeping his healht under wraps until after the Big Game. But the moment you start to worry about this guy is when he strikes.

The Rams’ offense will be fun to watch come LIII.

On the year, the Rams were 19th in total yards allowed. The passing game wasn’t terrible. LA managed to hold its opponents to just 236.3 yards per contest through the air, which was good to keep them in the top half of the league (14th).

The run defense, however, struggled. On the season, the Rams were just 23rd in the NFL at stopping the ground game.

This is going to make Rams fans nervous for a couple reasons. For starters, New England established a nice ground game again this year behind Sony Michele, and that has stuck in the playoffs. But the latter point is the important one. Because New England faced another team last week in the Chiefs that struggle defending the run (27th this season) and it was the biggest difference-maker of the contest.

Although the Rams have plenty of offensive firepower to make this a shootout, the defense needs to keep Michele honest. Because of the Patiots figure out they can control the pace and feel of the game right from the contest’s onset, like they did against Kansas City, it’s going to be a long game for both the Los Angeles defense, and offense when it has to play catch-up.

If you’re looking for more Superbowl LIII picks like this Los Angeles Rams vs. New England Patriots matchup we’ll be providing 4* free NFL predictions on the blog all season long, and check out our Experts for guaranteed premium & free NFL Football picks!