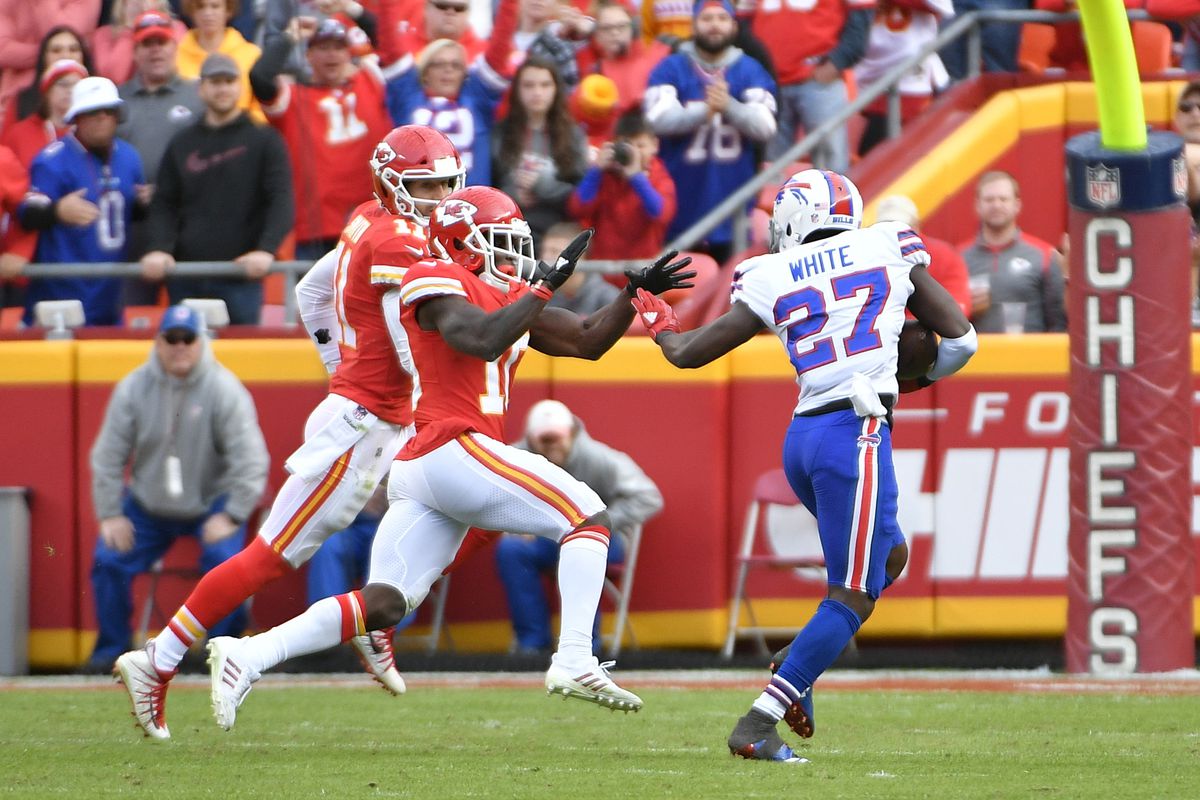 The Bills haven’t been to the AFC Championship since 1994, just before losing their fourth consecutive Super Bowl.

The Chiefs have been there for three years in a row now. The defending champs are squarely 3-point favorites at home.

The 17 points Buffalo scored in its victory over Baltimore in the AFC Divisional Round were it fewest since Week 6, when it lost at home to the very same team it must play again this Sunday.

Josh Allen was not good at all in that game, completing 14 of 27 pass attempts for 122 yards. He threw two short touchdown passes and was picked off once.

The Bills didn’t get much of anything going against the ground, especially compared to the Chiefs, who gave it to rookie Clyde Edwards-Helaire 26 times for 161 yards.

KC finished with 245 yards on the ground, which were the most Buffalo gave up all season.

The Bills’ run defense has been one of its weaker spots all season but it played well enough to handle Baltimore, which is one of the best running teams in the NFL, if not the very best.

Buffalo limited four different Ravens rushers to no more than 42 yards in the Divisional Round.

Allen wasn’t as bad against Baltimore as he was in that Week 6 matchup against KC but he struggled to get the ball downfield against the Ravens’ defense.

The third-year quarterback finished with just 206 yards and a touchdown but he didn’t turn the ball over.

Kansas City looked like it was going to have a relatively easy day against the Browns but all bets were off when Patrick Mahomes left the game with a concussion.

Mahomes never returned but Chad Henne made the necessary throws to hold onto the lead. Now the speculation about Mahomes in the AFC Championship begins.

Markets opened the Chiefs at -2.5 with uncertainty around his availability. There has been no official word on Mahomes’ status but the public seems confident enough he will play because KC is now -3 across the board.

The Chiefs should also have Edwards-Helaire, who did not play in Divisional Round, back for this one.

Sharp bettors jumped on the 2.5 available Sunday evening. With it gone, I’m still recommending a play on the Chiefs.

It’s concerning that the Bills both struggled to move the ball against Kansas City and contain the Chiefs’ running game in the first matchup.

That was a long time ago now but Buffalo won’t win this game on the road without doing much better in both departments.

The Chiefs, meanwhile, are at their best when they are running the ball, which they will certainly try to do again in this game.

Then there’s their defense, which won it the game against Cleveland a week ago and has grown from a liability to a true asset. Kansas City’s defense and experience make the difference here.

If you’re looking for more NFL picks like this Buffalo Bills vs. Kansas City Chiefs matchup we’ll be providing 4* free NFL predictions on the blog all season long, and check out our Experts for guaranteed premium & free NFL Football picks!