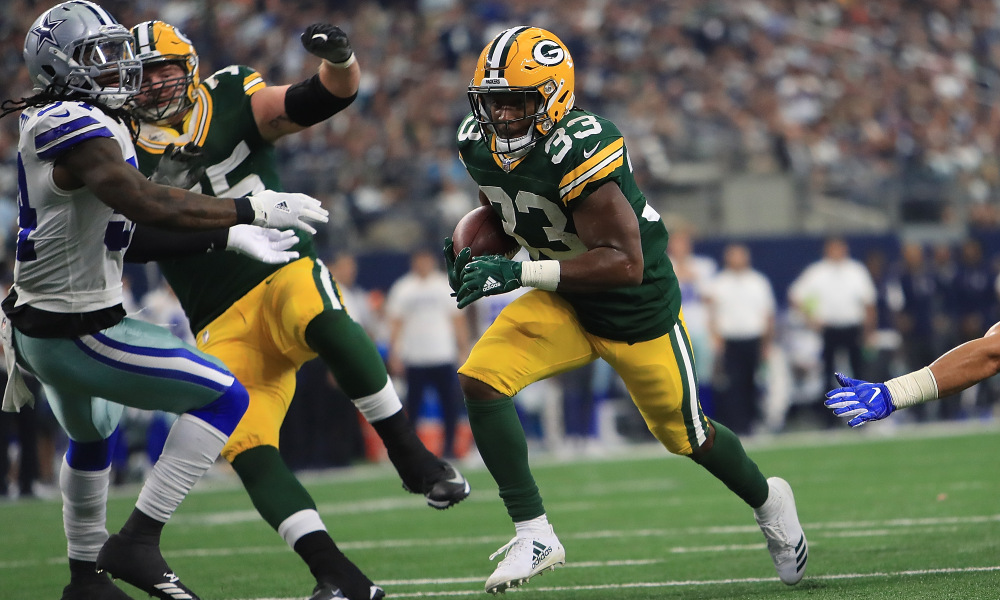 Ready to check out our 2020 Green Bay Packers Win Total Predictions? Green Bay had a very interesting season a year ago.  They won 13 games but I do not think that anyone really considered them one of the best teams in the league.  This season they are hoping to get back to that total and get back to the playoffs, where it has been a while since they really had a good run.  There will be some wins for sure but I am not sure the ceiling of this group.

Coming into this season they look very similar to what they did a year ago.  That begins with Aaron Rodgers directing the offense and now a second season for coach Matt LaFleur. Winning 13 games in a debut does not leave a lot of room for growth this season.

A lot of those games were super close making Green Bay a prime candidate for a serious correction if they slip even just a little bit.  More than half their wins were by 7 points or less, including their playoff win over Seattle.

The real question is whether any of the teams in their division can rise up and get them.

Green Bay has a nice path back to the playoffs and on paper, they look likely to get there. They are not going to be among my top picks to win the Super Bowl but their floor is really high for this team.

They might be a little less lucky this season but another division title looks to be in the works.

Davante Adams is one of the best receivers in the league. Even though he missed four games he had more than double the number of receiving yards of any player on the team so they needed some support.

Devin Funchess has a big body but has never become a big success. Playing with Cam Newton never quite unlocked his skill set and he was out most of last season with Indy.

Kirksey had some productive seasons in Cleveland but was has not been much of a factor over the past two seasons.  He is a classic middle linebacker type that should play well in Green Bay.

There was a short while when Graham was the most dynamic TE in the game but those days are long since passed.  They are not going to miss him much.   Williams is spunky but did not give the club much last season.

The Packers are desperate to try and ring out another run while Aaron Rodgers is the quarterback.  Even though thee team had success, he was more effective than elite last season

Getting Funchess is an indicator that they know they need to have some more weapons for Rodgers to throw to.  I expect that they will look to add a receiver or two in the draft, though they are not in a position to get one of the top guys.

Luckily this is a really deep draft for the receiver position.

Last season might have been the first since Rodgers established himself where the defense was just as critical to winning as the offense.   Depending on how you measure it this was a top ten group a year ago and the investment in the “Smith Brothers”, really paid off 25.5 sacks combined.

They should keep adding there though.

The team made the big moves last offseason with a new coach and acquiring the Smiths.  This season has been more a stay the course kind of year.  Perhaps they should have been more aggressive.

Green Bay should probably navigate the NFC North pretty well for this upcoming season.  Minnesota should still be good and Chicago about average and Detroit bad.  I can see a scenario where they get through that 6 game chunk with just a loss, maybe two.

Outside the division, they get the NFC South and the AFC South.  New Orleans is the team that stands out from those groups as one that can really hang with the Packers but no other NFC South team was even .500 last season and even though Tampa now has Tom Brady they are not going to be automatic.

The AFC South is probably the worst division in the NFL right now.

There is no elite team and most of those teams are just mediocre.

2020 Green Bay Packers Predictions: 10 Team Wins & 1st in the NFC North (Bet Now at any of our reviewed NFL Sportsbooks!)

The few other games on the schedule are all against teams that made the playoffs last season, San Francisco, Philly and Tennessee.  Those are definitely some tossups and are going to be a primary reason why I am not high on this total right now.  It just seems to spot on.

I have the Packers having another good season, winning the division with 10 wins. If the division was a little better I might shade the under but I do not want to bet on Detroit being much of a factor.

What do you think of our 2020 Green Bay Packers predictions? Comments are welcome below.