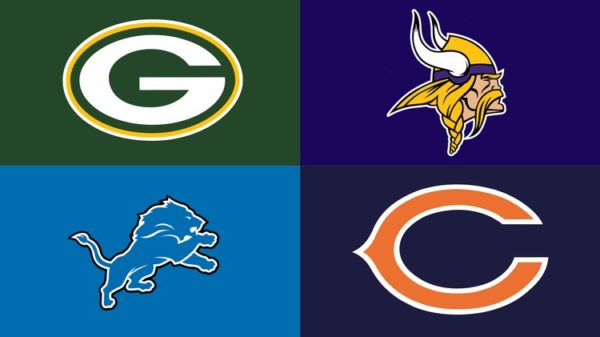 Looking for 2019 NFC North Predictions? With the preseason kicking off, now is the time to lock in your future bets. Divisional odds change every week throughout the season. Now is the chance to really steal some good odds and get yourself some value. Ready to bet on NFL Futures odds namely the NFC North teams’ lines? Click for updated odds on today’s games plus grab a 100% bonus up to $1000 now at MyBookie.ag.

The Chicago Bears are coming off their first NFC North division crown since 2010, and while they’re installed as the favorite to win the division for the second year in a row, they’ll face a lot of competition in a division that could potentially produce as many as three playoff teams in 2019.

Riding the momentum brought in by first-year head coach Matt Nagy, the Bears won the NFC North before suffering a heartbreaking loss to the Philadelphia Eagles in the wild-card round a year ago. Nagy was able to get the most out of quarterback Mitchell Trubisky, which is what he was brought in to do.

There wasn’t a ton of notable roster movements, but defensive coordinator Vic Fangio did leave to take the main gig in Denver, so it’ll be interesting to see if that unit can carry over its production from a year ago, or if there’s a transition period as Chuck Pagano moves in.

Matthew Stafford hasn’t really disappointed during his time in Detroit. As a No. 1 overall selection, the Lions couldn’t really have asked for more out of Stafford as a player. But he will be entering his 11th season in Detroit, and he doesn’t have a single playoff victory to show for it.

The team brought in a couple shiny pieces over from Matt Patricia’s days in New England, adding Trey Flowers and Danny Amendola, though the wild card for this team will by Kerryon Johnson, who looked like a difference-maker in limited action a year ago and will be returning from a season-ending knee injury.

The Packers are hoping a change at the top will have the kind of trickle down effect needed to get this roster back where it needs to be. Matt LaFleur has taken over as the team’s head coach, and while he’s butted heads with Aaron Rodgers out of the gate, what that relationship turns into will decide how far this team can go.

The team went heavy on defense in the draft, hoping to turn that unit around under defensive coordinator Mike Pettine. Their running game should also be improved with a full year of a healthy Aaron Jones serving as the bell cow.

The Vikings gave a big contract to Kirk Cousins a year ago, thinking he was the final piece to a championship puzzle. While things didn’t work out that way, Cousins did show flashes of being the kind of difference-maker the team thought it was getting when it gave him that lucrative contract.

Now the team hopes its defense can get back to where it was in previous years, with Cousins, alongside Dalvin Cook, Stefon Diggs, and Adam Thielen providing the kind of offensive punch that could make this a very dominant team if everything breaks right.

The NFC North is definitely one of the tougher divisions to call, as any one of three teams could certainly step up and grab control of the standings, or this could very well be a three-horse race all the way through to Week 17.

There’s value in backing the Bears, Packers, or Vikings at their current prices, so it comes down to a matter of taste. Can the Bears be successful repeating what they did a year ago? Will LaFleur and Rodgers get along in Green Bay, and can that team avoid the injury bug that bites it seemingly every year? And can the Vikings finally get both the offense and defense humming in unison and become the juggernaut they appear to be on paper? However it breaks, the NFC North should be a fun division battle to watch this season.

What do you think about our 2019 NFC North Predictions? Please leave us a comment below telling us how you think they’ll do in the 2019-2020 NFL Season!