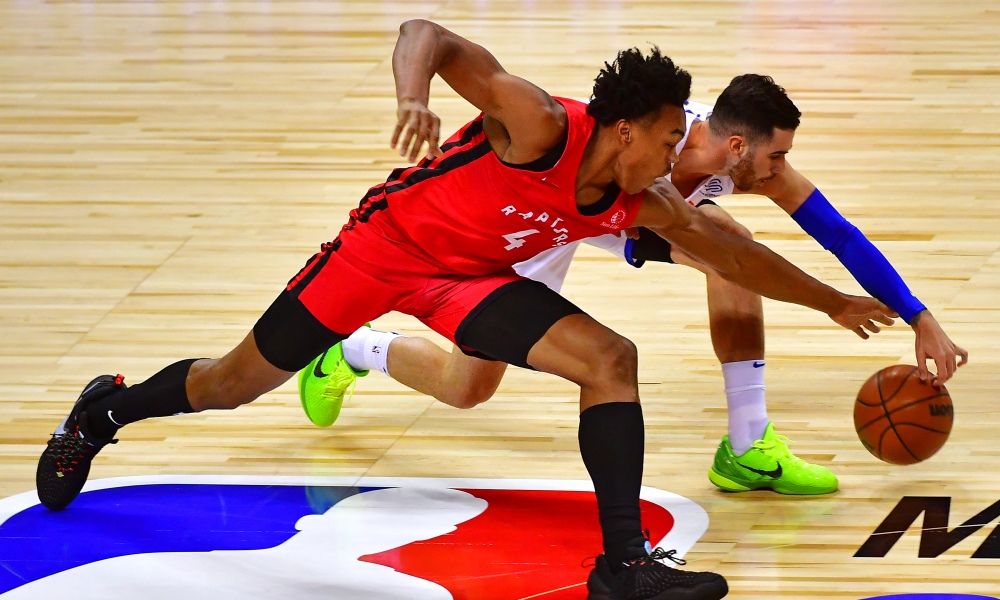 Wednesday, October 20th finds the Washington Wizards and Toronto Raptors tipping off in their season opener. For the Raptors, this game will be the first time they’ve played on their home court in a regular-season match in almost 20 months (February 28, 2020).

In spite of feeling like every match was a road game in Tampa Bay, the Raptors managed to take the season series last year winning two of the three contests. The Raptors hold the all-time record having bested the Wizards in 56 of their 94 matches.

Bradley Beal is one of the few NBA players who hasn’t been vaccinated yet. Although he isn’t dealing with the same issues as Kyrie Irving you have to wonder how nervous that makes the Wizards’ front office. To that end, Rui Hachimura is currently out with COVID.

Washington significantly revamped their roster with the biggest change the trade of Russell Westbrook to the Lakers. Kyle Kuzma, Kentavious Caldwell-Pope, and Montrezl Harrell came back from LA in the deal. Two other key trades brought in Spencer Dinwiddie (Nets) and Aaron Holiday (Pacers).

The Wizards added another 3-point sniper to the squad via the draft with the addition of Gonzaga Bulldog, Corey Kispert (15th overall), and got another quality prospect in Isaiah Todd with the 31st pick.

How quickly the team builds chemistry could determine their chances at making the play-in tournament.

Injuries hit the Raptors hard in training camp but it only served to up the ante on the competition for the open spots. Pascal Siakam had offseason shoulder surgery with many expecting him to be out at least the first month of the season.

Instead, Nick Nurse updated (October 12th) Siakam was set to begin contact work and may return within a week or two. That would be a huge turn of events.

Chris Boucher (dislocated finger) missed all preseason games while Yuta Watanabe (calf strain), and Khem Birch (COVID) each were limited. Precious Achiuwa took full advantage of all these missing frontcourt players showcasing his offensive growth and impressed so much the starting center may be more of a platoon situation now.

As for the roster, six players exited but only one was of consequence – the GROAT (greatest Raptor of all-time). Kyle Lowry left for Miami via a sign and trade for Achuiwa and Goran Dragic.

Pundits were surprised Toronto selected Scottie Barnes over Jalen Suggs but it makes sense given the swing to the positionless defensive team Masai Ujiri is building. And if there is one thing Toronto does well it’s to teach players how to shoot.

Dalano Banton (46th) was the first hometown player to be drafted by the Raptors. He’s 6’9″ with point guard talent so he’ll be groomed in the Raptors system likely spending ample time this season with the 905.

Several players were added in free agency including Svi Mykhailiuk, Isaac Bonga, Sam Dekker, and Justin Champagnie (2-way). The Raptors will feature a roster with 12 players 6’7″ to 6’9″ (only two are 6’7″).

The Raptors may struggle offensively (although they ranked 8th in preseason) but they’ll be a scary defensive squad with all that length and athleticism. On the opposite side of the court, the Wizards will score but can they improve defensively this season?

Siakam and Watanabe are out while Boucher was upgraded to questionable for the opener. Beal (knee) was upgraded to probable but Thomas Bryant (knee) and Rui Hachimura (COVID) are out.

I’m leaning to the Scotiabank fans fueling the Raptors in their return home. While many are predicting another lottery trip for the Raptors I’ll bet on defense over offense in virtually every circumstance (the Nets being the exception) and the Raptors have the goods to be a top-three defensive squad this season.

If you’re looking for more NBA picks like this Washington Wizards vs. Toronto Raptors matchup we’ll be providing 4* free NBA predictions on the blog during the entire NBA season, and check out our Experts for guaranteed premium & free NBA predictions!