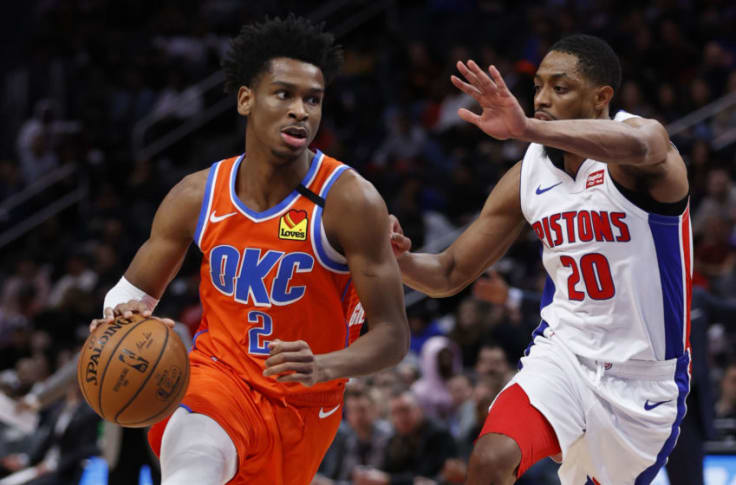 Washington is in the middle of a three-game road trip that started in New Orleans with a loss on Wednesday. The Thunder also played Wednesday losing to the Jazz.

Last season, the squads played twice with the Wizards winning both contests. The Thunder holds the all-time record having bested the Wizards in 74 of their 139 matches.

One of the Cinderella teams of the early season hit a bit of a wall recently and hit the road loser of three out of their last four matches. While a road trip during a tough patch could be catastrophic getting to face three sub-par teams should’ve been precisely what the doctor ordered.

With matches against the Pelicans, Thunder, and Spurs in the queue, on paper, that looked like three easy wins but they haven’t started out well losing badly (102-127) in New Orleans.

Bradley Beal is still searching for consistency shooting the ball but there are signs of him shaking off the rust through the last four games. The schedule didn’t help with the Wizards playing the Hornets and Heat twice in quick succession.

In the initial meetings against both clubs, he shot 42.1 percent from the perimeter but then facing the same teams immediately again witnessed a regression on the perimeter to 21.4 percent no doubt based on adjustments from Charlotte and Miami.

Beal will get a chance to get in a groove on this trip facing the 26th (Pelicans), 23rd (Thunder), 24th (Mavericks), and 21st (Spurs) perimeter defenses.

In the first opportunity, things didn’t go well with the Wizards shooting 7 of 31 or 22.6 percent versus the Pels from deep and Beal missing all four of his attempts.

Beal scored 23 points to lead the Wizards. Spencer Dinwiddie was the only other starter to reach double-digits (11 points, eight rebounds, nine assists).

Raul Neto (13) and Montrezl Harrell (10) were the other double-figure scorers.

While the Oklahoma City Thunder were pegged as having the potential to be the worst team in NBA history they quickly dispensed of that theory. With six wins already, OKC would need to limit their wins to two in the next 64 matches to hit that mark in futility.

OKC emerged as the best of the lower-tier clubs but just because they overachieved don’t expect the tank to be put on hold. For example, the ankle injury to Shai Gilgeous-Alexander will be given “ample time” to heal.

Without SGA the Thunder’s already anemic offense struggles even more to score. Luguentz Dort and Josh Giddey keep things interesting regardless of the competition and almost upset the Jazz forcing Utah to win in clutch time.

With three rookies starting it seemed like an easy pick to go with the Jazz but Dort hit five 3-pointers scoring 27 points and Giddey served up 19 points, eight assists and seven rebounds hitting three of his four 3-point attempts.

It was the perfect storm for OKC who gets to put their youth in clutch situations to grow and also more often than not collect the “L”.

With over 30 potential draft picks in hand over the next seven years the Thunder will can only control their own draft position so the fact they’re winning at all and being competitive is a testament to the culture built in OKC.

With no odds posted yet let’s assume the Wizards get the nod given their record. And, in spite of their recent free-fall, I think they’ll net the victory but the Thunder will keep it close — close enough to almost win but get their coveted “L” for tanking purposes.

If you’re looking for more NBA picks like this Washington Wizards vs. Oklahoma City Thunder matchup we’ll be providing 4* free NBA predictions on the blog during the entire NBA season, and check out our Experts for guaranteed premium & free NBA predictions!