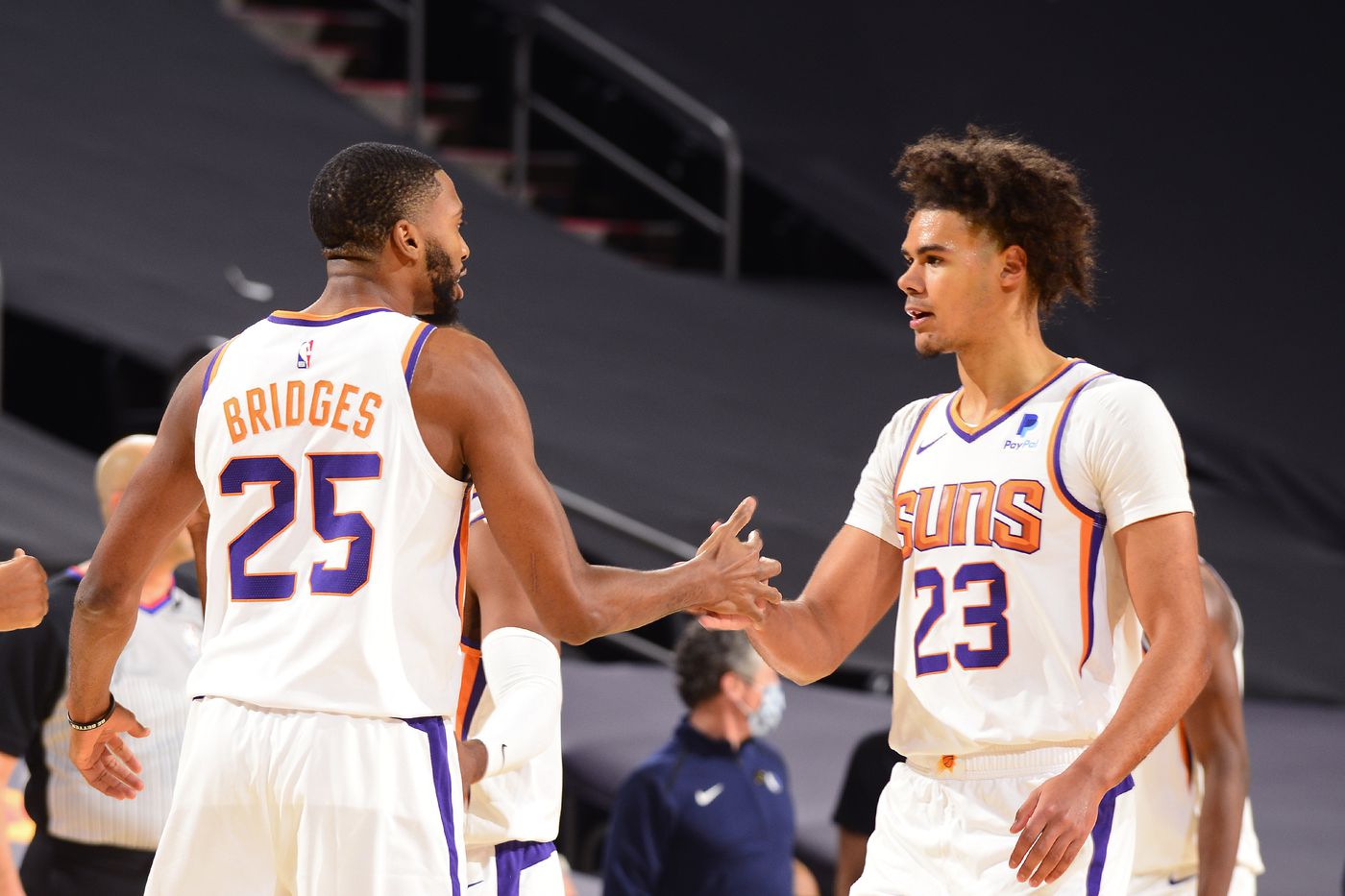 Both teams are playing the second game of a back-to-back set with the Jazz having lost 108-121 to the Warriors while the Suns hung on to defeat the Pistons 108-102 in the front side of the set on Friday.

Last season, the squads met four times with Phoenix winning three of the four contests. The Suns hold the all-time record having bested the Jazz in 99 of their 194 matches.

Say what you will about the Jazz they’ve been competitive and gritty. AND they’ve had one of the toughest first-quarter strength of schedules!

Consider for a moment that the Mavericks have played only six road games where they are an abysmal 1-5! In contrast, the Jazz has already played 12 road games (6-6) and was one of the first teams to complete 20 games.

Overall, the Jazz is averaging 117.4 points per game ranking fourth-best, and are shooting 47.0% from the field tied ranking 12th.

Their initial hot spell from the perimeter has also leveled off to a more logical 37.4% which still ranks a decent ninth.

The biggest drop the Jazz have experienced is in opponent scoring with them allowing 115.1 points per game which ranks 23rd overall. Their opponents are shooting 47.6 percent from the field ranking 24th and an impressive 33.3 percent from deep which ranks fifth-best.

Things sure got chippy between the Lakers and the Suns or maybe it would be more accurate to say between Pat Bev and the Suns. Beverley got suspended but after rewatching the game Phoenix was far from innocent.

I’m not commending or condoning PatBev, but by the same token, Devin Booker and the Suns are a very chirpy team. They are constantly taking little cheap shots at players trying to get away with fouls, many of them flop and they whine to the refs.

So again, the push from behind was wrong but the guys can’t keep verbally slapping people in the face and expect nothing to come back in return.

Much of the reason for the Suns’ dominance is coming on the defensive end as they hold opponents to 107.8 points per game which ranks sixth-best.

Opponents shoot 45.5% from the field ranking seventh but they’ve dropped significantly in their perimeter defense to 25th as opponents shoot 37.6 percent.

Offensively, Phoenix rebounded a bit this week to rise back into the top 10 for scoring putting up 115.1 points per game ranking ninth overall. From an efficiency standpoint, they shoot 47.2% from the field and 38.4% from the perimeter ranking 11th and fifth respectively.

Chris Paul (heel) and Landry Shamet (concussion) are questionable for Saturday. Jae Crowder (trade request) is away from the team and Cameron Johnson (knee) is out indefinitely.

Those who are regular readers of my posts know I’m not enamored with the Suns. It’s not personal – they are a great regular-season team but not necessarily built for a deep playoff run.

They’ve navigated the absence of Chris Paul and Cam Johnson but how long will they be able to go until the wear and tear take a toll on Booker (and the others)?