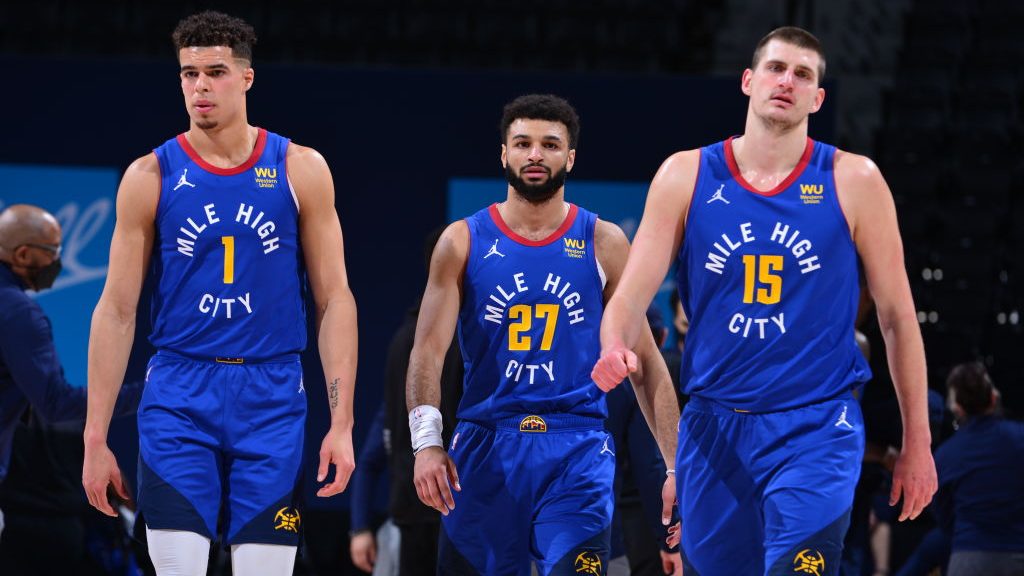 Sunday, January 16th finds the Utah Jazz tipping off versus the Denver Nuggets in their third meeting of the season. The Jazz won the initial two meetings on October 26th (122-110) and January 5th (115-109). The clubs will complete the final game of the season series on February 2nd in Utah.

The Nuggets are playing a back-to-back set having completed the front side on Saturday in 133-96 thumping of the Lakers while the Jazz has been off since Wednesday when they played the Cavaliers in 91-111 losing effort.

The Jazz holds the all-time record having bested the Nuggets in 119 of their 203 meetings. Last season the squads played three times with Jazz winning two of the three contests.

While the Jazz has been solidly among the upper tier in the West this season they’ve suffered a bit of a tough spell losing four games in a row and five of their last seven matches.

Part of the reason behind the setback was tied to Utah hitting the omicron wall and like every team before them that impacted their rotations. The biggest loss was Rudy Gobert who the Jazz sorely missed while he was in health and safety protocols but he cleared quarantine and may make his return for this match.

In the loss to the Cavaliers, only four Jazz players achieved double-digit scoring and the robust Utah offense was missing in action. Jordan Clarkson led the way with 22 points off the bench.

Eric Paschall was the next highest scorer with 18 points also in a reserve role. The only starters to reach double-figures were Donovan Mitchell with 17 points plus five rebounds, four assists, and a steal along with Mike Conley who contributed 12 points.

Three Jazz players are upgraded to probable for Sunday from the group in protocols including Gobert, Rudy Gay, and Danuel House Jr.  Another quartet remains in quarantine including Hassan Whiteside, Jared Butler, Udoka Azubuike, and Elijah Hughes.

An interesting week for the Nuggets who allowed the Clippers to erase a 25 point deficit and steal the win followed by consecutive beat downs of the Blazers (140-108) and Lakers (133-96). Overall Denver has been on the upswing winning seven of their last ten matches including a big win versus the Warriors.

While Stephen Curry, Kevin Durant, Giannis Antetokounmpo along with Ja Morant and DeMar DeRozan have solicited early MVP consideration it’s undeniable Nikola Jokic is the player doing the most to ensure his team collects wins;

Heading into the match versus the Lakers, Jokic’s averages over the prior nine games were 23.5 points, 15.3 rebounds, 6.4 assists, 1.3 steals, and 1.1 blocks. His triple-double tally versus LA was short of those numbers but still impressive (17 points, 13 rebounds, 12 assists) and he did it in only 28 minutes.

Rookie Bones Hyland continues to remind how extremely deep this draft class is as he posted his own double-double of 27 points and 10 rebounds plus two assists, and two steals. All five starters hit double-figures with Jeff Green continuing his renaissance with 26 points, three rebounds, and four assists.

Austin Rivers (illness) and JaMychal Green (quarantine) were out Saturday while Vlato Cancar (fractured foot) and Jamal Murry (ACL) are out indefinitely. PJ Dozier (ACL), and Michael Porter Jr. (back surgery) are done for the season.

Although the Jazz has the rest advantage and Gobert is expected back the Nuggets will need this victory in order to keep a tiebreaker alive for seeding at season end. Michael Malone was able to rest everyone because of the blowout victory versus LA so I like them to make this contest interesting.

If you’re looking for more NBA picks like this Utah Jazz vs. Denver Nuggets matchup, we’ll be providing 4* free NBA predictions on the blog during the entire 2021 NBA season, and check out our Experts for guaranteed premium & free NBA picks!