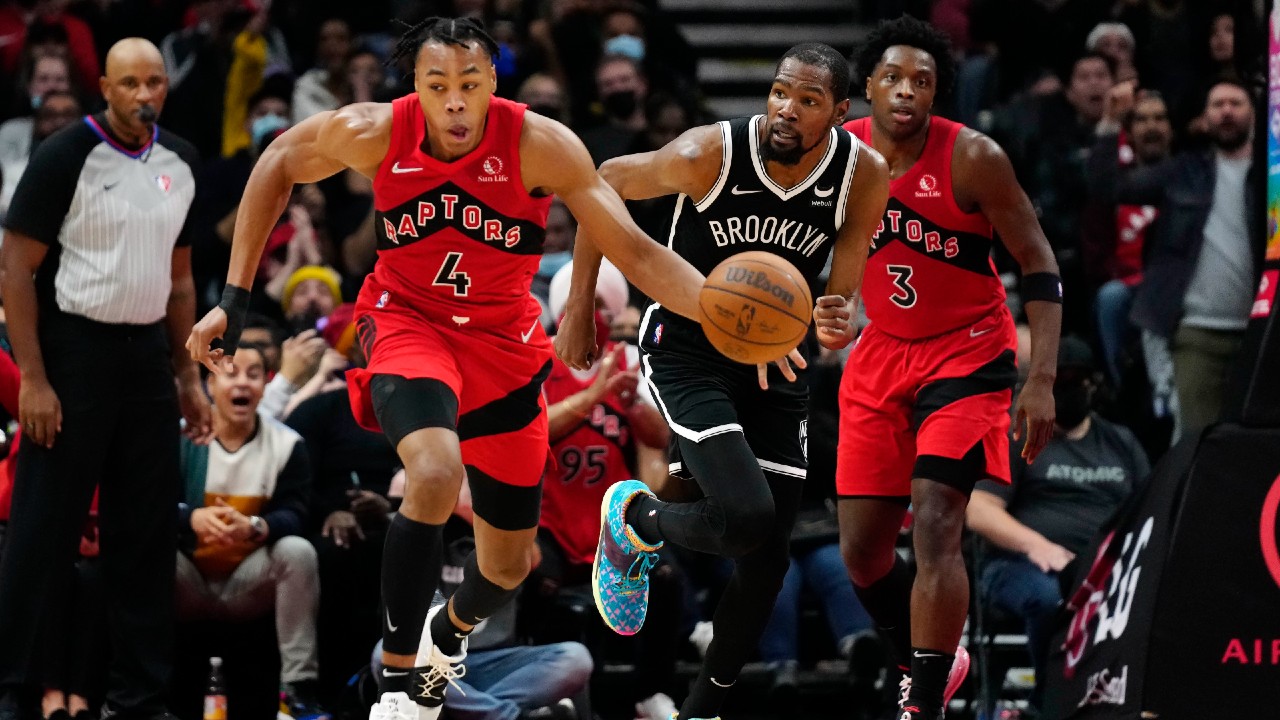 Philly is playing their third game in four nights with a severely shorthanded club who lost to the Bucks on Tuesday. The Raptors are on the second game of a back-to-back set having been routed 88-104 in Boston on Wednesday.

Last season, the teams played three times with the 76ers taking two of the three contests. The Raptors hold the all-time record having bested the 76ers in 59 of their 99 matches

The Raptors’ losing streak is now at three after they suffered their first road loss of the season in Boston.

They enter this match the more fatigued team but anxious to get back in the win column and with a golden opportunity given the how decimated the 76ers currently are.

6After this game the Raps will host the Pistons and then embark on a six-game opposite coast road trip.

Rookie Scottie Barnes was the lone bright spot for the Raptors in the loss as he registered 21 points (7 of 11), seven rebounds, and four assists.

Fred VanVleet had a rough shooting night (5 of 14) although he connected on 4 of 9 from deep managing 16 points, three rebounds, six assists, three steals, and a block.

The other Toronto players to register double-figures were Gary Trent Jr (14), OG Anunoby (14), and Svi Mykhailiuk (10).

Siakam (rest) will sit out this game as the Raptors ease him back into the schedule. Khem Birch (knee) is out indefinitely while Yuta Watanabe (calf) is questionable.

Three teams that ranked in the top eight of the East last season haven’t performed as expected. In fact, prior to Tuesday’s matches the defending champion Bucks, conference finalist Hawks, and Celtics were all seeded 10th or lower with a cumulative 12-19 record.

That’s shifted after both the Celtics and Bucks won moving them up the East’s ladder into the top 10. .

The Bucks and Celtics blame injuries for their struggles but Philly hasn’t had Ben Simmons and only two players have appeared in all 12 games for the 76ers- Tyrese Maxey, and Georges Niang yet began week four atop the East.

However, an outbreak of COVID ravaged the team with the most recent and costliest loss being Joel Embiid. Doc Rivers said Embiid is symptomatic and not dealing well with the virus which likely means a longer time frame of recovery.

Rivers will be dealing with a shortened bench again although he might get a boast with the possible return of Tobias Harris (COVID) and Seth Curry (foot) who were upgraded to questionable.

That would be a huge lift for Philly who’ve lost two in a row and leave Saturday for a six-game road trip.

Embiid, Matisse Thybulle, and Isaiah Joe are all out due to COVID while Grant Riller (knee) Simmons (suspension) are out indefinitely.

It was hoped Siakam would bolster the Raptors who went on that five-game win streak — instead it seems to have set them back as they try to find a rhythm and the loss of Birch has had a palpable effect on the boards.

Prescious Achiuwa will have his hands full with Andre Drummond but even with the rest disadvantage Toronto has to approach this as a must-win.

If you’re looking for more NBA picks like this Toronto Raptors vs. Philadelphia 76ers matchup we’ll be providing 4* free NBA predictions on the blog during the entire NBA season, and check out our Experts for guaranteed premium & free NBA predictions!