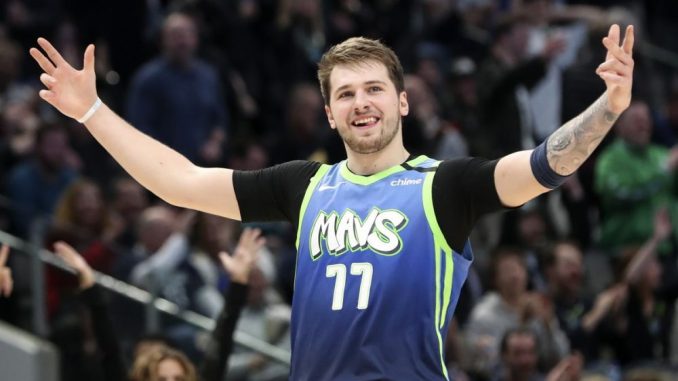 Sunday, October 31st finds the Sacramento Kings facing the Dallas Mavericks for the first time this season. Both teams sport identical 3-2 records but the Mavericks are underachieving while the Kings are one of the early Cinderella stories of the season.

Last season, the squads played three times with Sacramento sweeping the season series. The Mavericks hold the all-time record having bested the Kings in 96 of their 172 matches.

While the Kings are benefitting from the constancy of their roster there are specific tweaks that Luke Walton has made that seem to be making the difference.

First, Richaun Holmes and Harrison Barnes are the defensive and offensive leaders of the club and are comfortable in those roles. If De’Aaron Fox could be more consistent or find his range from deep this team could take another leap.

Through five matches Fox is shooting 5 of 31 from the perimeter or 16.1 percent. He has vacillated between good and bad shooting nights and yet to deliver back-to-back solid performances.

In the win versus the Pelicans on Friday, he led the team with 21 points on 9 of 21 shooting but was only 1 of 7 from the perimeter and added seven rebounds and five assists.

Barnes delivered a double-double of 18 points and 12 rebounds, Holmes offered 21 points, six rebounds, and was a game-high plus +10. Sophomore Tyrese Haliburton offered 17 points and eight rebounds while Buddy Hield scored 20 off the bench.

While the Kings boast a top ten offensive rating there is still work to be done on the defensive end where they rank 22nd which is perhaps why rookie Davion Mitchell is getting more run.

To that end, Walton has elected to utilize small-ball and a three guard lineup this season which means Marvin Bagley III is the odd man out only appearing in one of the Kings’ five games.

Moreover, Sacramento didn’t offer Bagley a rookie extension and the common belief is the franchise will try to move him by the deadline.

Although there is no dispute Luka Doncic is a superstar there are questions regarding how good this Mavericks team is. The elephant in the room is whether it’s time to move on from Kristaps Porzingis.

Porzingis is currently off the court dealing with lingering back spasms that kept him out the last two matches. However, even when he’s on the floor there simply isn’t the type of chemistry one should expect between the supposed best two players after two full seasons together.

Dallas was playing the second game of a back-to-back and fell behind quickly but that’s not unusual given they haven’t won the first quarter in any of their games.

The Nuggets buried them in the third quarter holding them to a mere 12 points while scoring 33. Doncic led the team with 16 points on an inefficient 5 of 18 while the rest of the starting unit scored a combined 18 points.

Trey Burke (11) was the only other player to score in double-digits.

After the stinker the Mavericks delivered Friday they better come out punching or it might be time for changes regardless of how early in the season it is.

If you’re looking for more NBA picks like this Sacramento Kings vs. Dallas Mavericks matchup we’ll be providing 4* free NBA predictions on the blog during the entire NBA season, and check out our Experts for guaranteed premium & free NBA predictions!