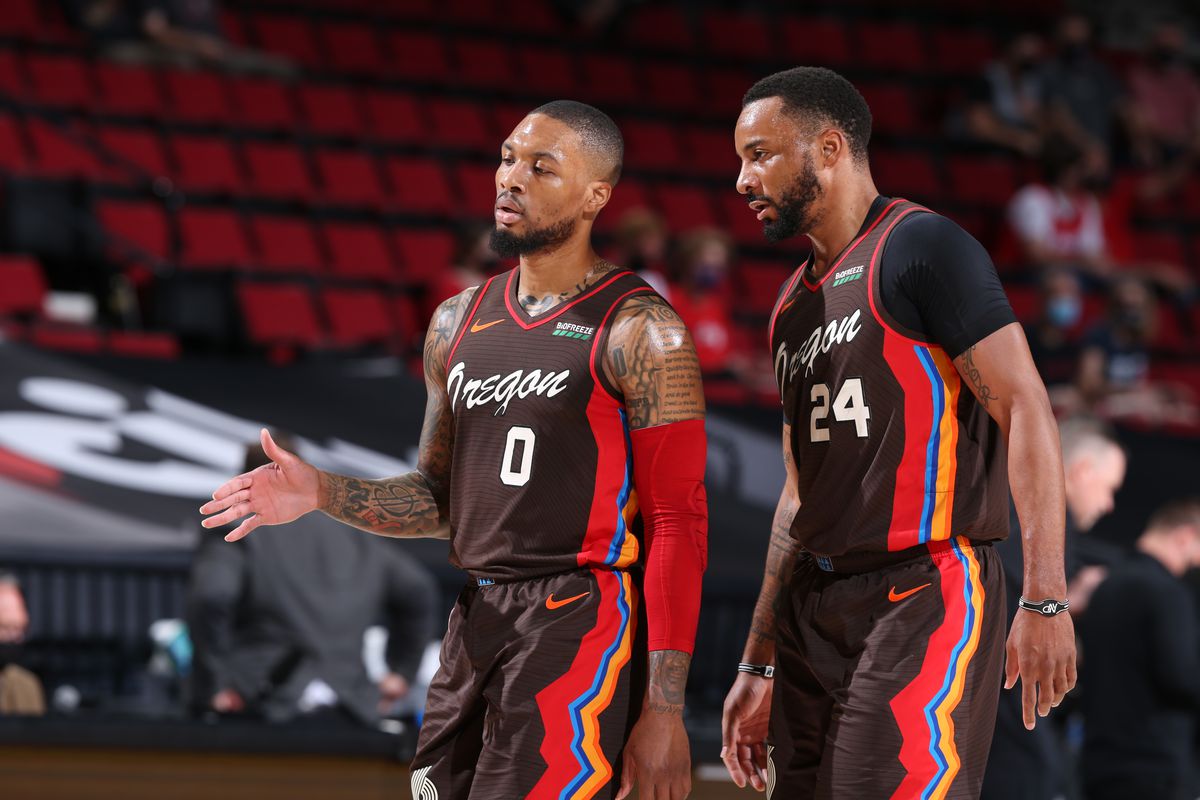 Saturday, November 20th finds the Philadelphia 76ers and Portland Trail Blazers tipping off in their second and final meeting of the 2021-22 season. In the initial meeting on November 1st, Philly won 113-103.

Philly is in the middle of a six-game Western road trip having played in Denver on Thursday and beating the Nuggets. Portland last played Wednesday in a victory versus the Bulls.

The 76ers hold the all-time record between the clubs with 60 wins in 118 meetings. Last season, the teams played twice with the Blazers winning both contests.

The 76ers ended their five-game losing streak against the Nuggets despite still not having Joel Embiid available as he missed his sixth consecutive game since contracting COVID-19.

Charles Bassey got the nod to play extra minutes at center and took full advantage of his time scoring 12 points while grabbing seven rebounds as well as three blocks.

Likewise, Tyrese Maxey is reveling taking over for the absent Ben Simmons putting up consistent production as the starter. He led the 76ers with 22 points with five rebounds, four assists, a steal, and a block.

Seth Curry scored 20 points along with six rebounds, five assists, and a steal. The other double-figure contributors were Tobias Harris (17), Shake Milton (12), and Georges Niang (11).

Danny Green (hamstring) and Matisse Thybulle (quarantine) are both listed as questionable for Saturday. Embiid (COVID-19), Grant Riller (knee), and Ben Simmons (suspension) are all out indefinitely.

After taking a game off to rest his sore abdominal muscles Damian Lillard has looked better in the last two matches where the Blazers won both. It’s hard to imagine one day off would make a substantial difference with an ab muscle but the results defy that thinking.

The two wins came in different manners with the Blazers needing to hold off the Raptors and then versus the Bulls needing to come from behind.

Dame isn’t sweating his shot though, not with Portland collecting two pivotal wins. He finished with a double-double of 22 points and 10 assists and Jusuf Nurkic matched his stat benchmark with 18 points and 12 rebounds.

Larry Nance Jr. was huge off the bench coming one rebound shy of his own double-double with 16 points and nine rebounds.

Lillard is listed as probable for Saturday, but with an abdominal issue it could flare up at any time.

The Blazers are a different team at home (7-1) versus how they play on the road (1-7) and while the 76ers made strides by ending the losing streak without Embiid they struggle particularly on the offensive end of the court.

If you’re looking for more NBA picks like this Philadelphia 76ers vs. Portland Trail Blazers matchup we’ll be providing 4* free NBA predictions on the blog during the entire NBA season, and check out our Experts for guaranteed premium & free NBA predictions!