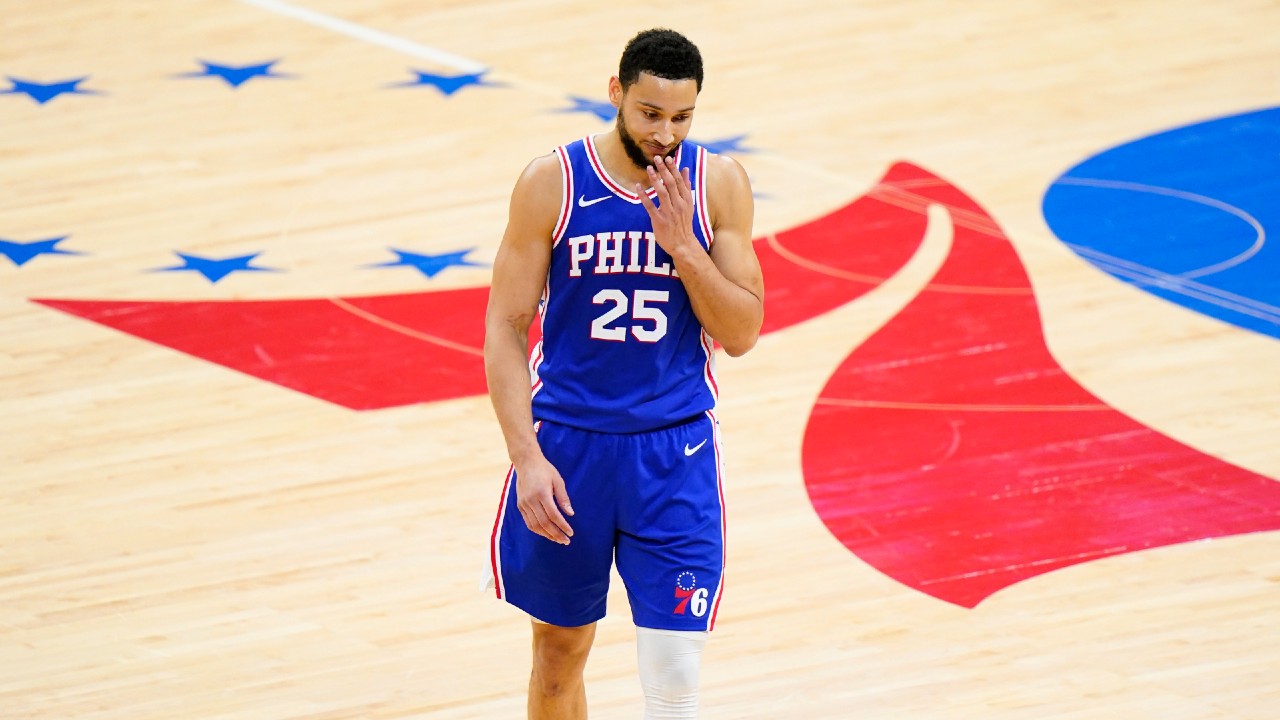 Wednesday, October 20th finds the Philadelphia 76ers tipping off versus the New Orleans Pelicans in their opening match of the 2021-22 season.

Two of the more dramatic preseason stories come from these squads. The Ben Simmons versus 76ers impasse kept us riveted for months and then on Media Day fans learned Pelicans GM David Griffin somehow managed to keep the news Zion Williamson had offseason foot surgery and wouldn’t be ready to start the season out of the news.

Last season, the squads split the two matches they played. The 76ers hold the all-time record having bested the Pelicans in 20 of their 39 matches.

Turns out missing out on a paycheck serves as strong motivation or at least that sure seemed to be what inspired Ben Simmons to end his standoff with Philly. Klutch Sports (his agent) thought they could pressure Philly VP Daryl Morey into forcing a trade but he stood pat and ownership backed him up.

It’s said Morey may be asking for far too much for Simmons as he desires a top-level young talent in return along with several draft picks. That’s a bit of a hard sell given how the season ended.

Simmons is an elite defender who can defend one through four and instigate the fast break as good as anyone in the association. Yet, when the lights shone brightest in the playoffs he shrunk from shooting seemingly afraid to be fouled as it meant going to the charity stripe where he was abysmal in the postseason.

The big question is whether Morey will find a trade partner and whether Simmons will ever take matters into his own hands to improve his shooting stroke. Given how much he impacts the 76ers defense the other question is how trading him would affect Philly on that end of the hardwood.

Morey added Andre Drummond to replace the exiting Dwight Howard which was the only big move of note.

For Zion Williamson to be out yet again, it has to be concerning for the Pelicans since it’s the third major injury in two seasons as a pro.

Factor in the whispers that the former top draft pick is desirous of being traded to a large market (New York) and that the Pels may still be looking to sell the team and yet again New Orleans begins this season with all kinds of drama enveloping them.

Also of note were the questionable moves GM David Griffin made this offseason starting with firing Stan Van Gundy meaning the Pels will feature their third head coach in as many seasons.

The club has other youthful assets like former Most Improved Player Brandon Ingram, as well as Jaxson Hayes and Nickeil Alexander-Walker. The latter is poised to take a step but considering the additions of Satoransky and Graham will he be afforded the minutes to take that step forward?

If preseason play was a harbinger of what is to come the Pels are in trouble (1-3) as they struggled to score registering the 28th ranked offense although they made strides defensively (19th).

Even without Simmons in the preseason fold, the 76ers were strong offensively (tied for 6th) but struggled on defense (21st).

4* Free NBA Betting Pick: 76ers -3.5 plus betting the under is appealing

Philly was dealing with a rash of injuries but the trio of Tobias Harris, Matisse Thybulle. and Shake Milton aren’t on the injury report which should mean they’re available. The 76ers won’t have Simmons however as he was suspended a game for conduct detrimental to the team.

Williamson is out while Brandon Ingram (knee) was upgraded to probable.

As long as Joel Embiid can play, he alone should be enough to propel the 76ers to victory.

If you’re looking for more NBA picks like this Philadelphia 76ers vs. New Orleans Pelicans matchup we’ll be providing 4* free NBA predictions on the blog during the entire NBA season, and check out our Experts for guaranteed premium & free NBA predictions!