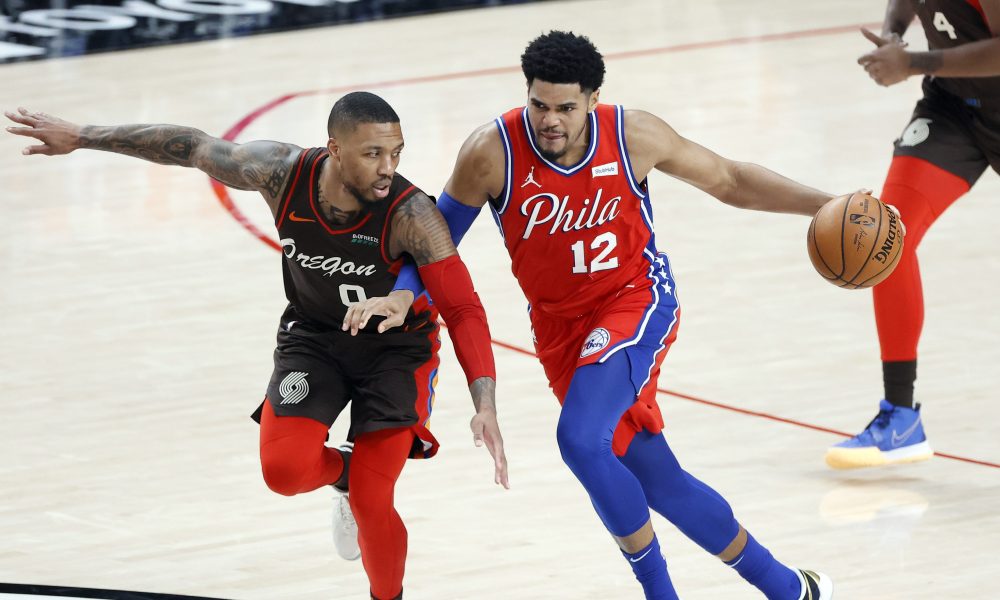 Last season, the Pistons and the Sixers met up in three contests, with Philly winning the series 2-1. Between the three games, the 76ers scored 336 points to Detroit’s 333.

The Pistons had the largest single-game margin of victory, taking game 2, 119-104.

The Philadelphia 76ers come into tonight’s contest having won 4 straight games. To start the season, the team is off to a 6-2 start.

They have been able to accomplish this without Ben Simmons, who continues to miss time with no timetable on a return.

When taking to the road, the Sixers have a plus-minus differential of 6.3 points. Among NBA teams they have the 4th best overall plus-minus at 5.9 points.

So far, they have played the 27th toughest schedule.

CLICK HERE TO PURCHASE RAZOR RAY’S NBA PICKS FOR THIS WEEK!
In terms of betting, Philadelphia has covered the spread in 62.5% of their games. Against the spread, their plus-minus rating sits at 4.9 points per game.
Offensively, they are led by Joel Embiid and his 20.57 points per game. 3rd among NBA centers.
Seth Curry is the team’s leading three-point shooter, averaging 2.75 makes from downtown per game. The team’s newest addition Andre Drummond is the leading rebounder at 9.29 rebounds per game.

The Detroit Pistons enter the game having lost two straight games. This is part of a larger trend as they are off to a 1-6 start.

So far, Detroit has played the 9th hardest schedule among NBA teams.

Even though they are playing at home, the Pistons don’t have a significant advantage as they have a home point differential at -9.  Overall, the team is ranked 30th in a plus-minus rating (-4.5).

Betters willing to take a risk on Detroit have been losing money as the team has covered the spread in 28.6% of their contests.

Offensively, the team is led by Jerami Grant, averaging 16.83 points per game. From the outside, Saddiq Bey has connected on the most three-pointers, averaging 1.71 per game.

Bey is also the Pistons leading rebounder at 7.86 per contest.

Both of these teams prefer to play at a slower place. When playing teams who prefer to limit the game’s possessions, Philly wins 61% of the time. Detroit has far less success winning just 17% of the time.

Historically, the Sixers play some of their best basketball against bad offensive teams. On average, they beat teams who struggle to score 88% of the time. Their average margin of victory is 11 points.

The Detroit defense does not perform well against teams profiling similarly to Philly. These opponents score three points per possession above expectation.

So far, the Pistons are an average defensive team. When the 76ers take on such units, they score four points per possession above the league average. This leads to to a win percentage of 79%.

With Philadelphia being among the best defensive teams in the league, I expect Detroit to have a tough scoring. On average they beat teams with good defenses 21% of the time,

I am projecting this game to be a little closer than most and am taking the Pistons to cover the 7.5 point spread.

If you’re looking for more NBA picks like this Philadelphia 76ers vs. Detroit Pistons matchup, we’ll be providing 4* free NBA predictions on the blog during the entire 2021 NBA season, and check out our Experts for guaranteed premium & free NBA picks!