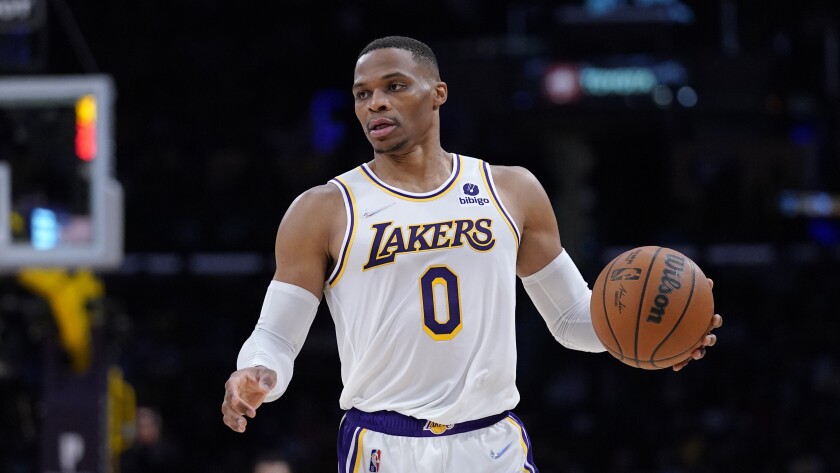 Thursday, November 4th, finds the Oklahoma City Thunder facing the Los Angeles Lakers. This is the second meeting between the clubs this season. In the initial meeting, the Thunder erased a 26-point deficit to come back and grab their first win of the season.

OKC played on Monday losing to the Clippers while the Lakers played Tuesday defeating the Rockets.

Last season, the squads played three times with the Lakers taking all three contests. The Lakers hold the all-time record having bested the Rockets in 149 of their 257 matches.

The Thunder have the tank mandate in full motion and have stayed true to that objective although they got into the win column against these Lakers. The victory was dramatic as OKC erased a 26 point deficit to mark their biggest comeback in franchise history.

Already in LA, the Thunder tried to abandon the tank mode for another evening as they faced the Clippers. While Sam Presti is keen for his club to lose as much as possible those Clippers games are different given OKC owns their draft pick this season and it’s unprotected.

The Thunder took an early lead but Paul George and his crew delivered a 33-20 fourth quarter to pull out the 3-point victory. Shai Gilgeous-Alexander did his best to propel the Thunder to the victory with 28 points, seven rebounds, two assists, two steals, and a block.

Luguentz Dort missed the match with a shoulder injury and is questionable for this game as is Gabriel Deck (heel).

After getting out to a slow start to the season the Lakers have seemingly rebounded but their wins are coming against lower-tier squads so it’s difficult to fully decipher if the club has fixed their early problems.

On Tuesday, the Lakers came very close to coughing up the win in the closing seconds of the Rockets match which speaks to how this team has ample work still to do.

Fortunately, the Big 3 came through for the Lakers and did just enough to hold off the Rockets. LeBron James led the way posting a double-double of 30 points and 10 assists as well as four rebounds, two steals, and four turnovers.

Anthony Davis and Russell Westbrook each pitched in with 27 points and nine rebounds. AD filled up the stat sheet three assists, two steals, and three blocks while also turning over the ball four times.

Westbrook added seven dimes, a steal and in a bit of turn of events had only three turnovers (fewer than both his Big 3 counterparts).  Carmelo Anthony continues to feast off the Lakers bench chipping in 15 points.

Although it seems like LeBron, AD and Russ are figuring out how to make the offense flow together it’s important to remember who they are accomplishing this against. Fortunately, for LA they get a host of lower-tier teams in this upcoming schedule.

We may have to wait until the second segment of 20 games to get an accurate read on how much they’ve improved when they get tested against some better clubs.

Presumably, the Lakers will learn their lesson from the Rockets match and bring intensity to the hardcourt right from the tip. The question is how much their defense will impact a Thunder team who struggles to score.

If you’re looking for more NBA picks like this Oklahoma City Thunder vs. Los Angeles Lakers matchup we’ll be providing 4* free NBA predictions on the blog during the entire NBA season, and check out our Experts for guaranteed premium & free NBA predictions!