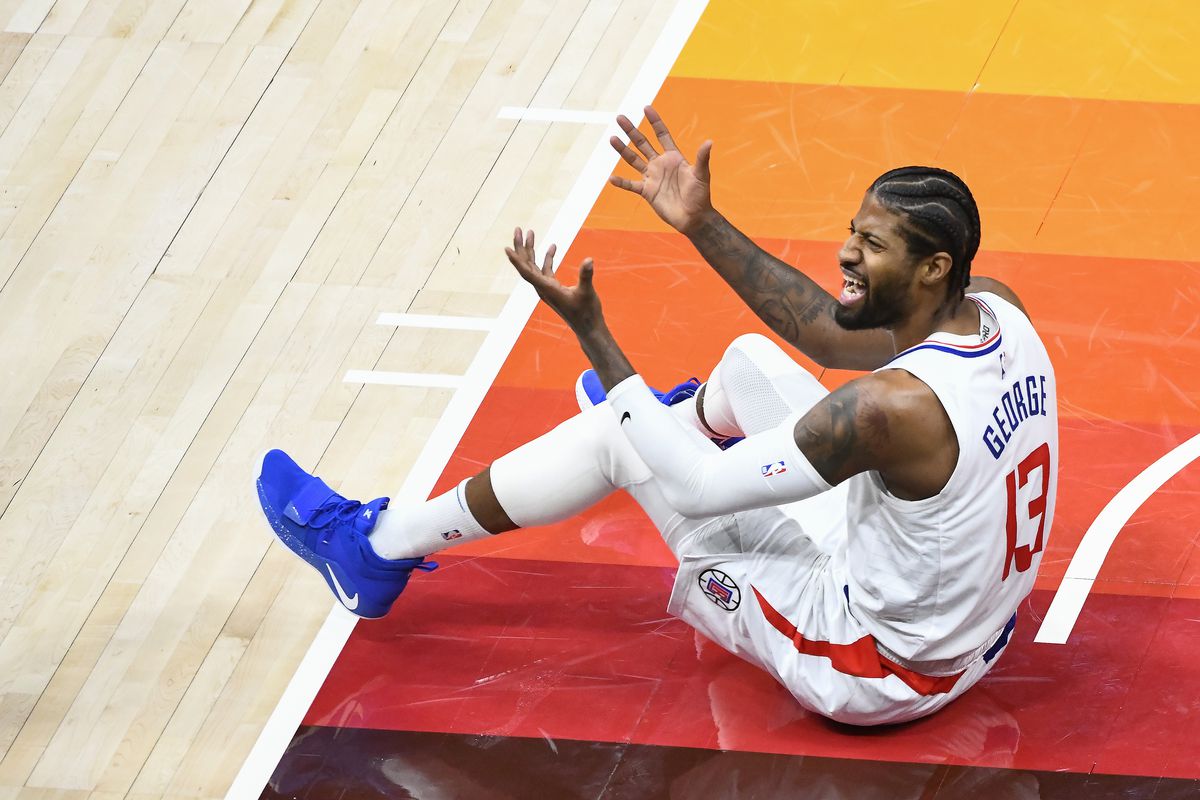 Monday, November 1st, finds the Oklahoma City Thunder facing the LA Clippers in their first meeting of the 2021-22 season.

Last season, the teams played three times with the Clippers taking two of the three contests. The Thunder holds the all-time record having bested the Clippers in 139 of their 221 matches.

After beating the Lakers to get their first win of the season the Thunder got back to tanking losing to the Warriors who weren’t going to let OKC hang around after a tough win earlier this week.

Although the Thunder are tanking one team they should be gunning to beat each time they meet is the Clippers. Sure, OKC wants to finish with the best odds of winning the NBA Draft Lottery but don’t forget all those draft picks VP Sam Presti collected in trades.

Many of the draft picks the Thunder added are heavily protected but the trade of Paul George to the Clippers brought back a haul and one of those picks is for this coming summer with no protection on it.

We’ll see if that means Mark Daigneault manages his team in games versus the Clippers differently than he does the majority of the season when it would behoove them to lose and stockpile those “L’s”.

OKC plays the Clippers three times this season and while that’s not going to make or break the final results if the Thunder can earmark those three matches as games to try to win it might affect where LA finishes in the standings and that draft pick seeding.

Ty Lue knew this season would be a battle without his superstar Kawhi Leonard but few felt the Clippers would get out to such a bad start winning only once in their first five games.

It doesn’t help that the Clippers have also been without the services of Serge Ibaka and Marcus Morris Sr. as they deal with back and knee injuries respectively.

LA started the year with two close losses prior to a 30 point beat down of the Blazers. They followed that up with two terrible losses to the Cavaliers and the rematch versus the Blazers.

Every team suffers losses but with the Clippers have enough talent that they shouldn’t be losing by 13 and 19 points in consecutive games to the Cavs and Blazers.

Paul George did his best to keep LA in those matches but needs help. In Portland he scored 42 points adding eight rebounds. Luke Kennard scored 16 as the only other Clipper to reach double-digits.

The Clippers are desperate for a win — but — Shai Gilgeous-Alexander will be inspired to play well versus his former team and as noted it would behoove the Thunder to win these games against the team they own the draft pick for this summer.

As much as Sam Presti might want OKC to win this match the Clippers need this win and it should equate to them playing with desperation.

If you’re looking for more NBA picks like this Oklahoma City Thunder vs. LA Clippers matchup we’ll be providing 4* free NBA predictions on the blog during the entire NBA season, and check out our Experts for guaranteed premium & free NBA predictions!