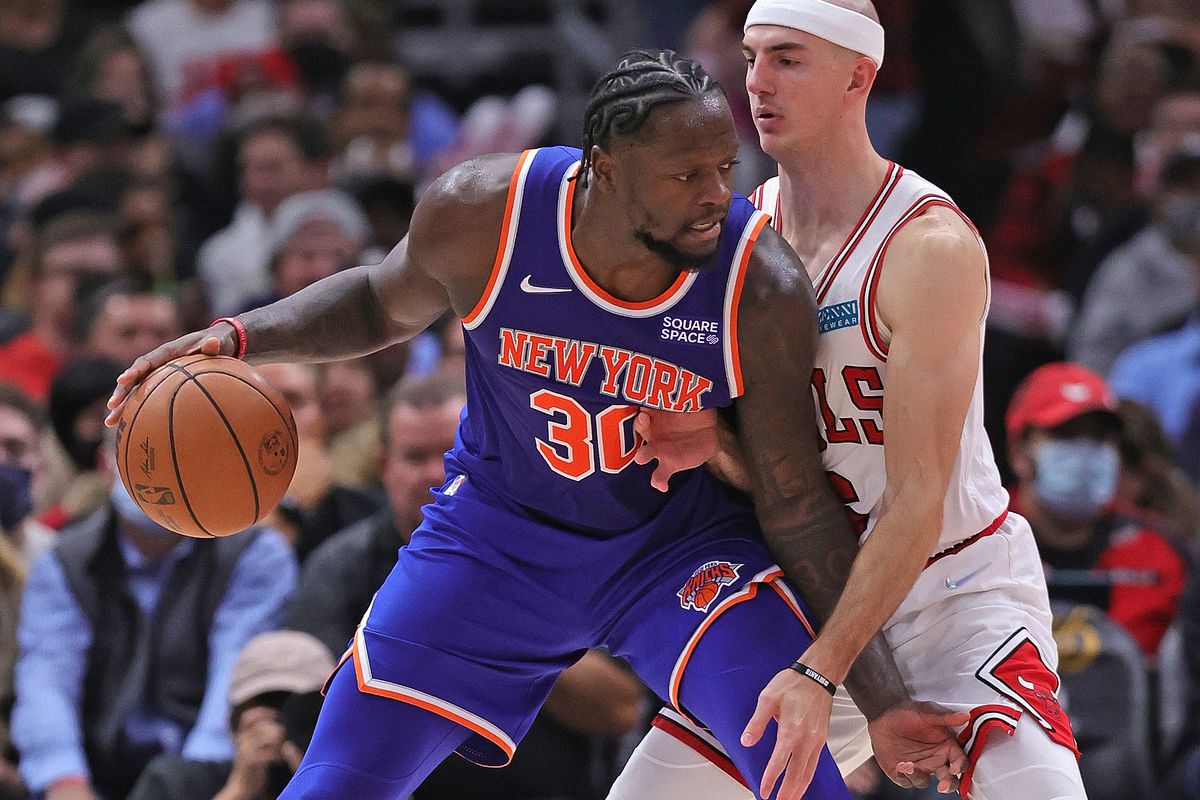 Wednesday, November 10th, finds the Milwaukee Bucks facing the New York Knicks for the second time this season. In the initial meeting on November 5th, the Knicks won 113-98.

Milwaukee arrives on the second night of a back-to-back set having beat the severely decimated 76ers 118-109 on Tuesday while the Knicks last played on Monday also versus the 76ers in a 103-96 win versus the shorthanded squad.

Last season, the squads played three times with the Knicks winning two of the three contests. The Bucks hold the all-time record having bested the Knicks in 116 of their 221 matches.

It’s been a busy week for the Bucks who went to the White House and were playing the front side of a back-to-back in Philly. Presumably, coach Budenholzer encouraged his squad to get an early big lead in order to rest the core for the Knicks game but that’s not what happened.

As it turned out the starting rotation for the 76ers went deep into Doc Rivers’ bench as Seth Curry was also sidelined having hurt his foot in the prior match joining Joel Embiid and several other missing Sixers who weren’t available.

That the Bucks allowed Philly to not just be competitive but hold a double-digit lead of 13 points either speaks to Milwaukee underestimating the 76ers’ heart or whether this points to other issues tied to the Bucks’ schemes.

Giannis Antetokounmpo led the way with a double-double of 31 points and 16 rebounds. Grayson Allen continues to mesh perfectly in the Bucks’ system scoring 25 points.

Bpbby Portis also registered a double-double of 19 points and 10 rebounds while Semi Ojeleye was the only other double-figure Bucks scorer.

Khris Middleton remains out with COVID, Brook Lopez (back) continues to be listed as questionable having not played since opening night and Donte DiVincenzo (ankle) is out indefinitely.

If you told Tom Thibodeau after three weeks his Knicks would possess the fourth-ranked offense he’d likely be thrilled but his joy would immediately be quelled once you told him they’d own the 25th ranked defense.

The biggest regression has occurred in their perimeter defense which ranked first last season and ranks 23rd this year.

The trick for Coach Thibs will be finding a way to inspire his charges to be as excited about playing tough-nosed defense to garner victories now that they have more offensive firepower.

Another concern is the Knicks rank 29th for opponent scoring in the final frame, a quarter they gutted out victories last season by wearing teams down with their defense.

Like the Bucks, they got a lucky break with the 76ers missing Embiid and several core players and still had to battle to secure the victory. The duo of  Julius Randle (31 points, 12 rebounds) and RJ Barrett (15 points, 10 rebounds delivered double-doubles to lead the way.

The Knicks frontcourt could be thin because Nerlens Noel knee was hit when a player fell into him in the prior match while Mitchell Robinson is dealing with a hip injury. Both are listed as questionable for Wednesday.

The Bucks wasted a big opportunity to have a light night of work for the core with Antetokounmpo playing over 36 minutes and all five starters playing more than 30 minutes.

That could be the difference in this match although the Bucks should be inspired having already lost once to the Knicks this season. I’m still leaning toward the Bucks given the potential for Noel and Mitchell to both be out.