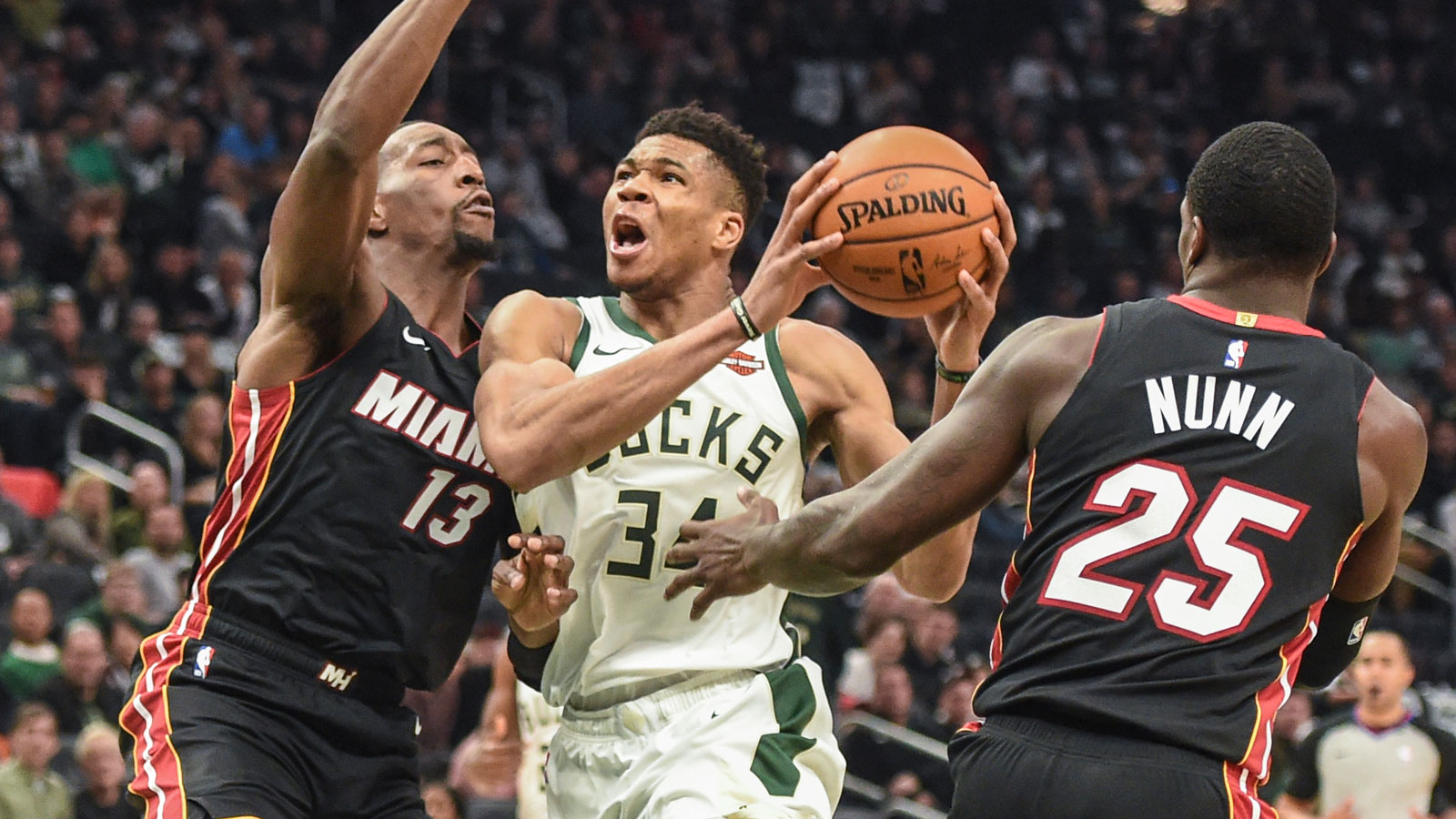 Thursday, October 21st finds Milwaukee Bucks facing one of the teams they knocked out of the postseason — the Miami Heat.

Last season the clubs played three times with the Bucks winning two of three contests and also swept them in the postseason. The Heat holds the all-time record with 71 wins in 118 matches.

Ring night occurred to open the NBA season with the Bucks winning to the team most expect to represent the East at season end – the Brooklyn Nets.

Giannis Antetokounmpo sure didn’t look like he’s planning on resting on his laurels as he brought playoff level intensity. The Finals MVP registered a double-double of 32 points and 14 points plus seven assists, a steal, and two blocks (including an impressive stuff on Nic Claxton).

Khris Middleton played his typical secondary role to Giannis offering 20 points and nine rebounds. Jrue Holiday played only 18 minutes suffering an injury seemingly on a play under the basket. He was shooting well prior to the injury (5 of 7 from the field and 2 of 4 from deep for 12 points) but the Bucks didn’t need his help to capture victory.

Kevin Durant brought the Nets close a few times but Milwaukee responded to each run they orchestrated.

Several Bucks are navigating injuries including Rodney Hood (foot), Bobby Portis (hamstring), Semi Ojeleye (calf), and Donte DiVincenzo (foot). That quartet missed the season opener and isn’t expected to play in this match either while Holiday could join them on the sidelines,

This Bucks crew has the true championship swagger and sure look like a lock to be in contention at season end.

Winning and sustaining success in sports is never a given. The team who best demonstrated just how precarious that dynamic is this past season was the Miami Heat. They were the bubble Cinderella team knocking out the projected top Eastern clubs the Bucks and Celtics on route to the NBA Finals.

Their youngsters stepped up and performed under the leadership and tutelage of Jimmy Butler but last year struggled to build upon that success ultimately succumbing to the eventual champs via a first-round sweep.

This offseason Pat Riley got back to work winning the Kyle Lowry sweepstakes. No player who moved fits a team identity or culture better than Lowry and the Heat. The cost was veteran Goran Dragic and a young big (Precious Achiuwa) but they have a star in Bam Adebayo and a developing KZ Okpala.

Riley added more grit in free agency with the signings of P.J. Tucker and Markieff Morris. As the Heat looked to reposition themselves as contenders it was a trio of youngsters at the heart of their efforts. First, the decision was made to re-sign Duncan Robinson who has developed into a 3-point sniper and improved his defensive chops each year.

Tyler Herro was given the mandate of rediscovering what worked from him in Disney with the knowledge his rookie contract extension will be on the table this coming offseason.

This match will serve as another great test for the Bucks with the Heat wanting to send an early message they’re for real. Both clubs have perimeter firepower, roster depth, and lead with their defense.

Milwaukee only turned the ball over eight times versus the Nets leading to a measly two points but forced 13 turnovers scoring 22 points off those miscues. Miami will be far more aggressive defensively trying to flip that scoring option to their benefit.

The glass could be an issue as the Heat don’t match up in terms of the height Milwaukee has upfront. That said, I’ve witnessed too many seasons of Kyle Lowry in Toronto not to expect him to be a factor in his first regular-season Heat match though, especially if Holiday can’t go.