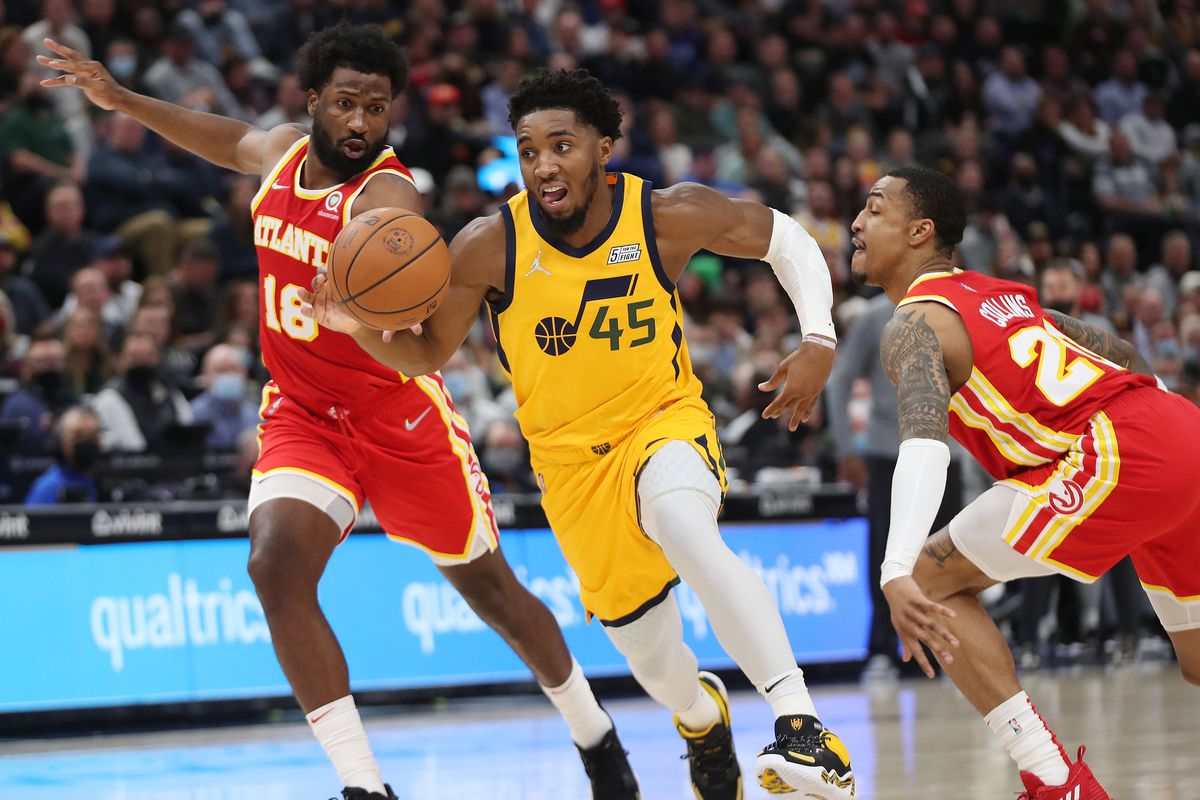 The Utah Jazz host the Miami Heat for the second and final time this season. Miami won the first meeting 118-115.

These two clubs were at the center of melee’s this week and both were seemingly tied to annoyances over losing their matches.

This is the fourth match of a five-game road trip for Miami who lost both games of a back-to-back set versus the LA teams while the Jazz lost for the first time at home to the Pacers in yet another match that got testy at game end.

If you were looking for signs of how much parity is in the NBA or how quickly things can shift from one direction to another look no further than the Heat who started the week 7-2 and is the only team in top-five offense defense and net differential.

Four days later they’ve lost three games in a row and have slid to sixth (a game out of ninth). The free fall began with a rout in Denver mired by a late-game melee laced with cheap shots resulting in suspensions and fines.

That was followed by the back-to-back losses versus the Staples Center occupants in matches Miami could just as easily have won and been .9-3 instead.

Adding to the “Murphy’s law” week, a sprained ankle sent Jimmy Butler out versus the Lakers and kept him sidelined against the Clips. Bam  Adebayo played through knee soreness delivering a season-high 30 points plus 11 rebounds helping to amass a 17 point lead.

But it was cut to two by the break and reversed to a deficit of 10 by the final frame as the Heat offense stalled.

Enter Kyle Lowry who had three points heading into the fourth but lit up Staples Center in the final frame scoring 22 points, 16 of which came with 5:49 remaining. He almost single-handedly won the game but LA did just enough to hold on.

They arrive in Utah losers of three in a row to face the Jazz who are 3-1 at Vivant Arena.

Despite the home advantage, the Jazz are also reeling after losing three of their last four games and may be dealing with suspensions themselves after the fracas at the end of the Pacers match.

Rudy Gobert took exception with how aggressively Pacers big man Myles Turner defended him at the rim as he landed on the ground so he grabbed Turner’s shorts and pulled him down as well.

Just as Jokic did with Morris, Turner took exception and retaliated and the pair lunged at each other looking more like they were dancing than fighting or wrestling, and once their teammates saw they all charged down the floor.

Joe Ingles and Donovan Mitchell each got handsy with officials leading to all four being ejected. Its likely fines will follow particularly for Ingles and Mitchell because the league takes a hard stance on protecting officials.

While the Jazz utilizes balanced scoring Donovan Mitchell is their primary go to scorer and his usage rate confirms that fact, given he ranks second (34.2 percent) to only Luka Doncic (35.7 percent).

It seems unfathomable the Jazz would lose consecutive games at home but similarly for the Heat to lose four in a row is equally hard to buy into. I’m going to presume Butler pushes through the pain to stop the losing but if he’s out then I’d lean more to Utah.

4* Free NBA Betting Pick: Odds are off score prediction below