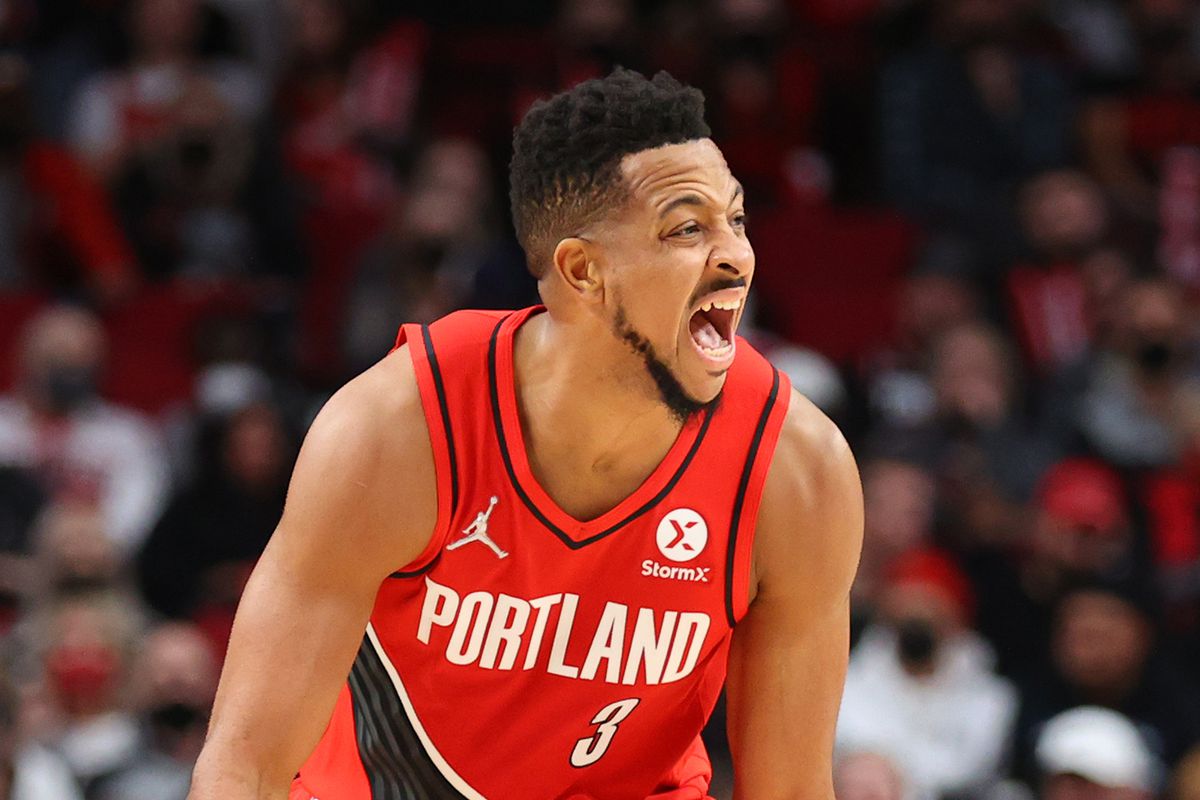 Saturday, November 6th finds the Los Angeles Lakers and Portland Trail Blazers tipping off in their first meeting of the 2021-22 season.

The Lakers arrive having coughed up a double-digit lead and losing to the Thunder for the second time this season while the Blazers snapped a three-game losing streak with a victory versus the Pacers.

The Lakers hold the all-time record between the clubs with 123 wins in 233 meetings. Last season, the teams played on three occasions with the Blazers taking two of the three contests.

In two games versus the Oklahoma City Thunder, the Lakers are winless having given up a 26 point and 19 point lead and consequently the only victories OKC has this season. They’ll face the Thunder another two times this season.

Notably, LeBron James didn’t play in either contest sidelined by an ankle injury in the first and an abdominal strain in the second. The latter will keep the superstar off the court for at least a week.

Anthony Davis had a monster double-double registering 29 points and 18 rebounds along with five assists, a steal, and two blocks. Russell Westbrook offered 27 points, six rebounds, five assists and kept his turnovers to four (he had 10 the last time versus his former team).

Carmelo Anthony scored 21 points as the only other double-figure contributor.

James (abdominal) is out for at least a week joining Trevor Ariza (ankle), Talen Horton-Tucker (thumb), and Kendrick Nunn (knee) who are out indefinitely. Dwight Howard (neck) and Anthony Davis (thumb) are listed as probable for Saturday.

Just as the Blazers started to look like they were getting on track and the defense was improving they took a decided step back losing three games in a row.

Damian Lillard is still struggling with his shot particularly from his office on the perimeter where he is shooting 18 of 83 including going 0 for 6 on Friday versus the Pacers. That 21.6 percent efficiency is a far cry from his 39.4 percent of last season.

Overall, it was a rough shooting night in general for Lillard who scored only four points (2 of 13) but added 11 assists. While Lillard’s assists are up to 8.7 from 7.5 last season his scoring has dropped to 17.7 from 28.8 last season.

Fortunately, his teammates made up the slack with the other starters and Anfernee Simons stepped up to deliver double-figure scoring.

The Blazers have no injuries to report.

While the Lakers have the rest advantage the Blazers are younger and should be ready to battle. Both teams have been so hit and miss it’s hard to know which version of the clubs will show up.

The Lakers should be the more inspired team based on the last game, but the Blazers have ground to make up so will be equally motivated. I’m rolling with the Lakers covering the spread but the Blazers getting the win and Lillard finally having a hot efficient shooting night.

If you’re looking for more NBA picks like this Los Angeles Lakers vs. Portland Trail Blazers matchup we’ll be providing 4* free NBA predictions on the blog during the entire NBA season, and check out our Experts for guaranteed premium & free NBA predictions!