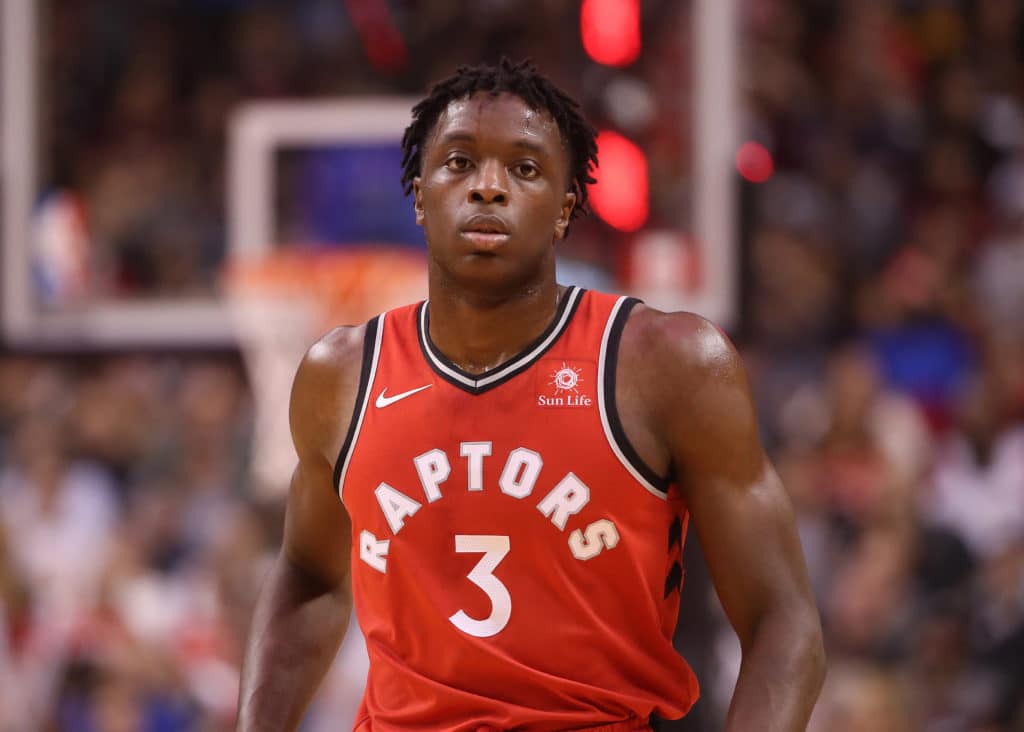 Wednesday, October 27th finds the Indiana Pacers tipping off versus the Toronto Raptors in their first meeting of the 2021-22 season and will play each other again this coming Saturday in Indiana.

Both clubs have played four games with a single win despite battling and being closer than their record indicates.

Sometimes records aren’t indicative of effort. Through four games the Pacers have gone to overtime twice and lost one game by a single point. Their loss to the Bucks on Monday was the first time they lost by double-digits.

That loss stands out because the Bucks won every quarter but the last when the game was safely in hand and Milwaukee did it without three of their starters (Jrue Holiday, Brook Lopez, Donte DiVincenzo) or Bobby Portis.

There’s no shame in losing to the Bucks and Giannis Antetokounmopo who is quickly reminding everyone why he won back-to-back MVP awards and why no one should underestimate the possibility this club could easily defend their title this season.

That said, with the talent and size the Pacers have this should’ve been a much closer match. The biggest concern for Rick Carlisle should be the fact his Pacers were outscored by 24 points in the paint.

Kelan Martin (hamstring) is questionable for Wednesday while Caris LeVert (back), and TJ Warren (foot) remain out indefinitely.

Much like the Pacers the Raptors record isn’t indicative of their play. In fact, they could just as easily be 4-0 but for a period in each game where they don’t just struggle to score – the offense grinds to a complete halt.

Of the teams who are awaiting the return of a star, arguably no team is suffering more than the Raptors without Pascal Siakam who is their primary scoring option, helps facilitate and spreads the court.

OG Anunoby and Fred VanVleet are trying to keep things afloat until his return which from the reports could be sooner than originally expected. Not having Yuta Watanabe is also impacting Nick Nurse’s options as he tries to navigate with so many new players.

The other question will be who moves to the bench once Siakam is back. Rookie Scottie Barnes has looked great but Gary Trent Jr. plays better with the starters. I’d roll with Barnes and hope GTJ can spark the offense with the reserves but we’ll have to wait and see.

Yuta Watanabe is questionable while Pascal Siakam remains out rehabbing the shoulder.

The Raptors have struggled to fend off quality big men so Domantas Sabonis will have a field day and if Myles Turner is rolling it could be a long night at the office for the Raptors.

Notably, Nate Bjorkgren is back as an assistant for Nick Nurse. He was fired by the Pacers and essentially the scapegoat for their poor season.

Recalling the last game of 2020-21 in Tampa, at game end the Raptors and Masai Ujiri all made a point of going to hug Bjorkgren, and in the post-game interviews, every player asked said how ridiculous the media stories about Bjorkgren being difficult were.

Sometimes that’s all a team needs to gain that extra little motivation – so I like the Raptors to win this one for Bjorkgren.