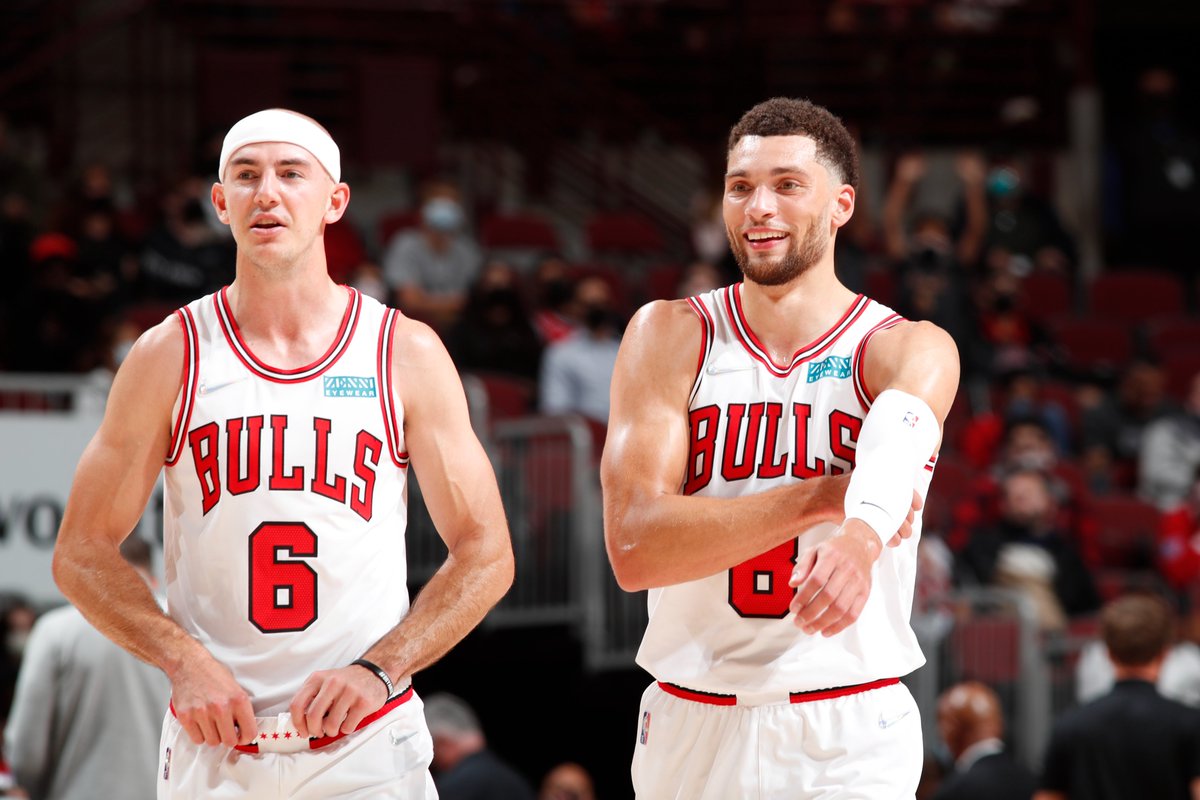 Monday, November 22nd, finds the Indiana Pacers facing the Chicago Bulls in their first meeting of this season. Chicago is back from their five-game Western road trip with a winning 3-2 record and followed it up with a 109-103 win versus the Knicks on Sunday.

The Pacers will be playing their third game in four nights after a back-to-back set on Friday/Saturday versus Charlotte and New Orleans. They split the contests losing to 118-121 the Hornets and defeating the Pelicans 111-94.

Last season, the teams played three times with the Bulls winning two of the three contests. The Bulls hold the all-time record having bested the Pacers in 99 of their 195 matches.

Domantas Sabonis led the way in the victory versus the Pelicans posting a double-double of 20 points and 10 rebounds plus six assists. Myles Turner notched 11 points and nine rebounds while Malcolm Brogdon (16) and Kelan Martin (12) contributed double-digit scoring.

While Rick Carlisle has had to navigate a myriad of injuries to start the season he’s got the team improving on both sides of the court but they currently rank in the middle of the pack on offense (15th) and defensively (16th).

Indiana leads the NBA with blocks per game (6.4) and is better from the mid-range ranking fourth on 2-point efficiency (54.6%) than on the perimeter where they rank 18th (34%).

Their perimeter defense keeps opponents from getting up many 3-point attempts (2nd with 30.4) but on those shots, opponents connect at solid efficiency of 36.8% which ranks 26th.

TJ Warren (foot) and Isaiah Jackson (knee) are both out indefinitely.

The Bulls offense is robust in all areas of the floor ranking fourth in 3-point (36.7%) efficiency and first in free throw efficiency (85.8%).

While their 2-point efficiency isn’t as strong (18th) with the mid-range assassin DeRozan on hand Billy Donovan can go to him for a clutch bucket with confidence.

His scoring prowess was on full display at MSG Sunday as he led the Bulls to a victory with 31 points while counterparts LaVine (7 of 20) and Ball (4 of 11) struggled to score.

Defensively the Bulls are active cutting down passing lanes evidenced by their second rank on opponent assists (20.9) per game. Chicago runs shooters off the line with opponents attempting the fourth-fewest (32.2) long balls.

Nikola Vucevic (COVID) remains out with no definitive return date. Patrick Williams (thumb) is out for the season.

This matchup could come down to fresh legs as the Bulls will be playing on consecutive nights whereas the Pacers get the extra day of rest.

Chicago has been the far superior team and it will be interesting to see how they deal with the two Pacers bigs (Sabonis and Turner). Still, Chicago has won every one of their back-to-back games first and second nights in convincing fashion

If you’re looking for more NBA picks like this Indiana Pacers vs. Chicago Bulls matchup, we’ll be providing 4* free NBA predictions on the blog during the entire 2021 NBA season, and check out our Experts for guaranteed premium & free NBA picks!