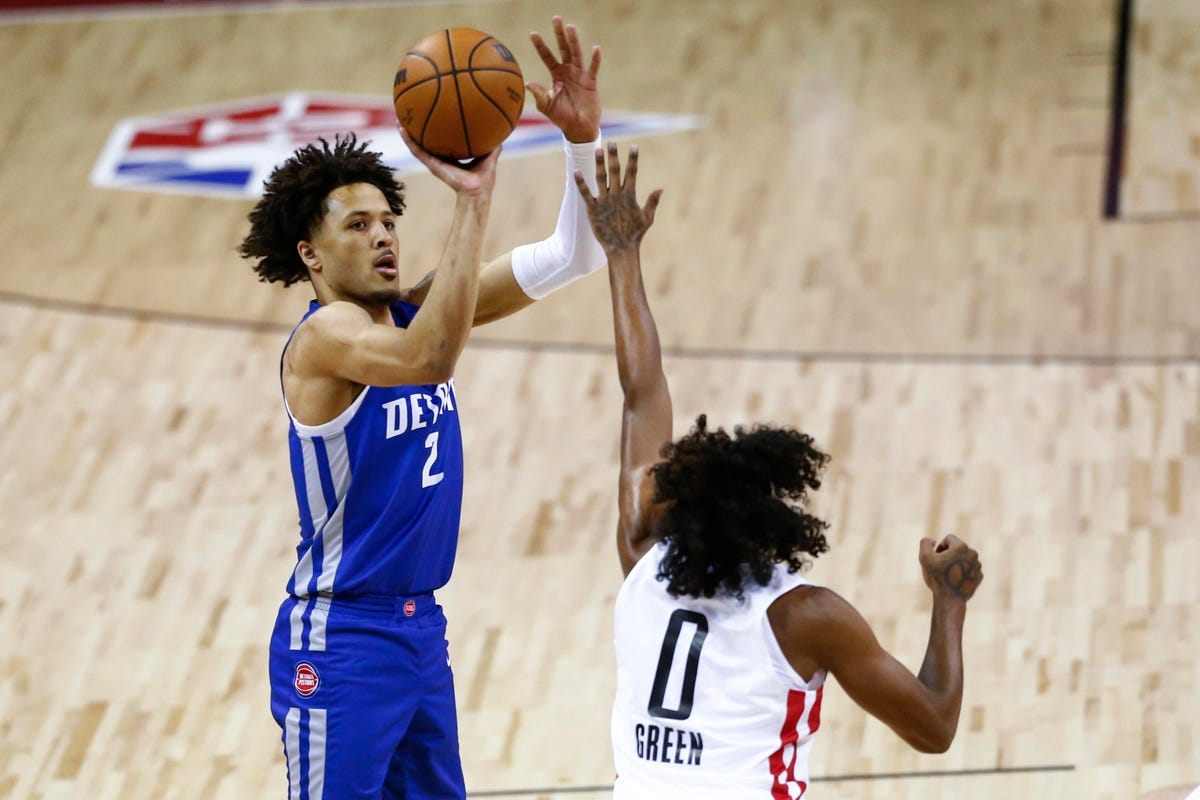 Friday, November 19th finds the Golden State Warriors playing the Detroit Pistons in their first meeting of the season. The Warriors played the front side of this back-to-back beating the Cavaliers while the Pistons played on Wednesday defeating the Pacers.

The Warriors hold the all-time record between the clubs with 157 wins in 303 meetings. Last season, the teams played twice each winning on the other team’s court.

If you witnessed the game in Brooklyn the other night then hearing the news Klay Thompson has been cleared for contact and is practicing five on five with contact in the Warriors facility should have you sitting up and taking notice.

He won’t be checking into a live game anytime soon, but this means he’s nearing a return which only makes the Dubs that much scarier.

James Wiseman is also working his way back – – I mean this Golden State roster is deep and adding two players one All-Star and one young talent can only make them stronger, more versatile, and deeper.

Golden State is best known for their passing and movement, but the one area opponents should focus on is disrupting how they perform immediately after halftime as it’s the third quarter where they annihilate opponents.

To beat the Warriors, opponents have to diffuse that third-quarter prowess.

While Stephen Curry was listed as questionable (hip) versus the Cavaliers he was in the starting lineup while the Warriors rested Andre Iguodala (hip) but he is expected to play on Friday so perhaps they’ll swap the two.

The Detroit Pistons seem to be figuring out what works for their young club winning three of their last five matches. Top draft pick Cade Cunningham is figuring out his role within the team and Jerami Grant has rediscovered his scoring touch.

The most recent win was against the Pacers where Detroit won three of the four quarters losing only the third frame. Grant led the way with 19 points as one of five Pistons who scored in double-figures.

While this duo led the scoring they both struggled from the perimeter with Grant missing all five of his perimeter attempts and Cunningham shooting 1 of 8 from deep.

Veteran Cory Joseph was key in the victory scoring 18 points along with five rebounds, two assists, and a steal. The other double-figure contributors were Saddiq Bey (15), and Frank Jackson (11).

The Pistons began this season playing one of the most difficult strength of schedules that doesn’t get any easier in their next eight contests. Sure, they’ll be at home for the next three but it features the Warriors, Lakers, and Heat.

Following that mini homestand, Detroit hits the road to face the Bucks then four out West versus the two LA clubs, Portland, and Phoenix.

If you’re looking for more NBA picks like this Golden State Warriors vs. Detroit Pistons matchup, we’ll be providing 4* free NBA predictions on the blog during the entire 2021 NBA season, and check out our Experts for guaranteed premium & free NBA picks!