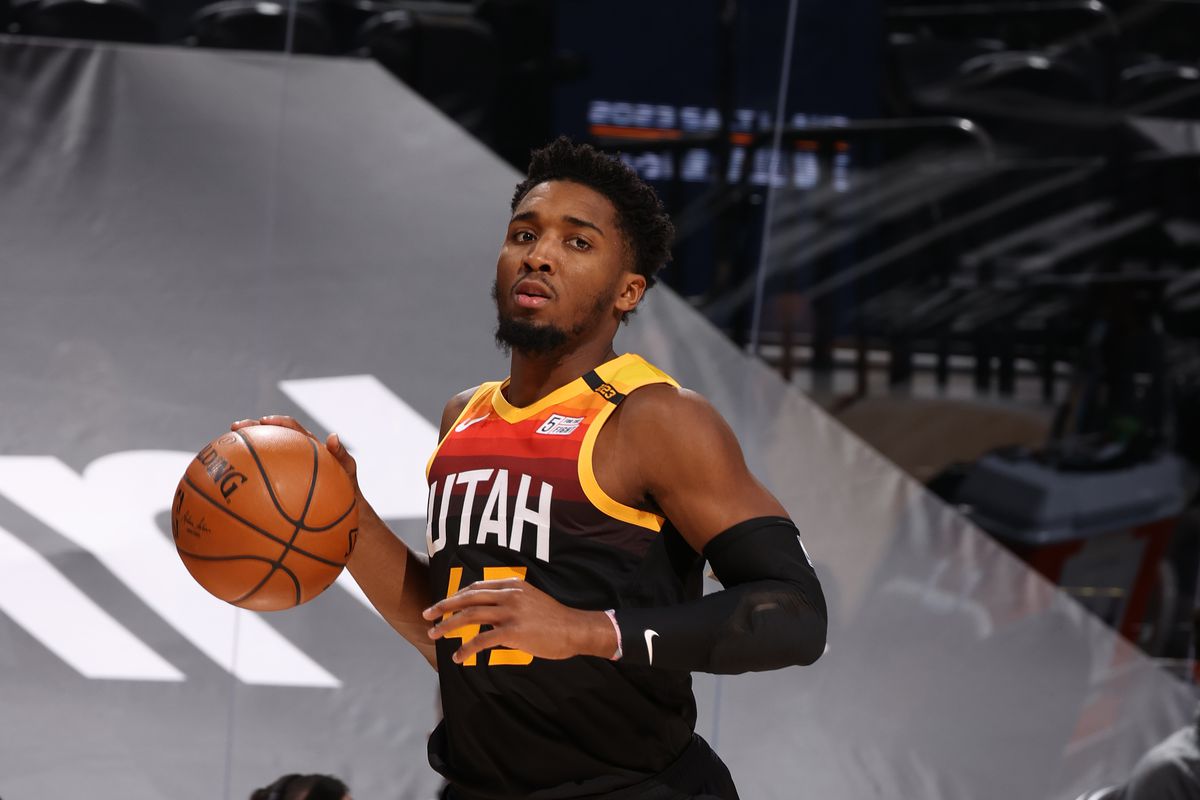 Tuesday, October 26th finds the Northwest division rivals the Denver Nuggets facing the Utah Jazz for the first time this season. Both teams had strong opening weeks but the Nuggets got shocked by the Cavaliers on Monday to lose their first match of the season.

Last season, the squads played three times with the Jazz winning two of the three contests. The Jazz holds the all-time record having bested the Nuggets in 117 of their 201 matches.

While several players were cited for the greatest potential to win Most Valuable Player this season, the reigning MVP didn’t get much love. Nikola Jokic dealt with that like he does everything else – – he just goes about his business and lets his game do the talking.

Through three games he’s averaging 27.6 points, 16 rebounds, 4 assists, 2.6 steals and is shooting 64.2% from the field. In the surprise loss to the Cavaliers on Monday, he did his part scoring 24 points and pulling down an insane 19 rebounds adding three assists and three steals.

Prior to the loss the Nuggets starters were all averaging double-figure scoring and producing two or more assists although in both situations four of the five are still averaging those figures.

Since it is so early relying on stats is precarious because so much can change. That said, if you were going to pick a game the Nuggets would lose this week this match against the Jazz would likely have been the pick — not the Cavaliers.

For the Nuggets to get back on track they’ll need to be more diligent with the ball — they had as many turnovers as assists versus Cleveland (21).

The other key area is 3-point shooting. Against the Cavaliers’ length, the Nuggets struggled from behind the arc shooing 9 of 38 for 23.7 percent. Things won’t get any easier in Utah as the Jazz possess the best perimeter defense holding teams to a paltry 21.1 percent.

Last season the Jazz sat atop the league possessing the best record and the young team felt they were destined for a title run and at worst an appearance in the NBA Finals.

Instead, they failed to get out of the second round losing four straight to the Clippers who exposed Rudy Gobert on the perimeter and via the use of small ball lineups.

While some teams would make sweeping changes the Jazz only made minor tweaks bringing back their core and electing to trust in the constancy of the squad.

While two games is far too early to make sweeping declarations it is enough to remind us of how good this team is when healthy. And for Gobert’s part, it appears he’s worked on aspects of his game in the offseason so he’ll be able to address those small ball situations.

Utah continues to use balanced scoring and early on they have five players are averaging double-figures — between 13.5 and 21.5 points per game.

Although the Jazz currently possesses the best opponent 3-point defense the team they had the most issues stopping behind the arc last season was Denver.

The Jazz has the rest and home court advantage but I like the Nuggets to cover if not out right win.