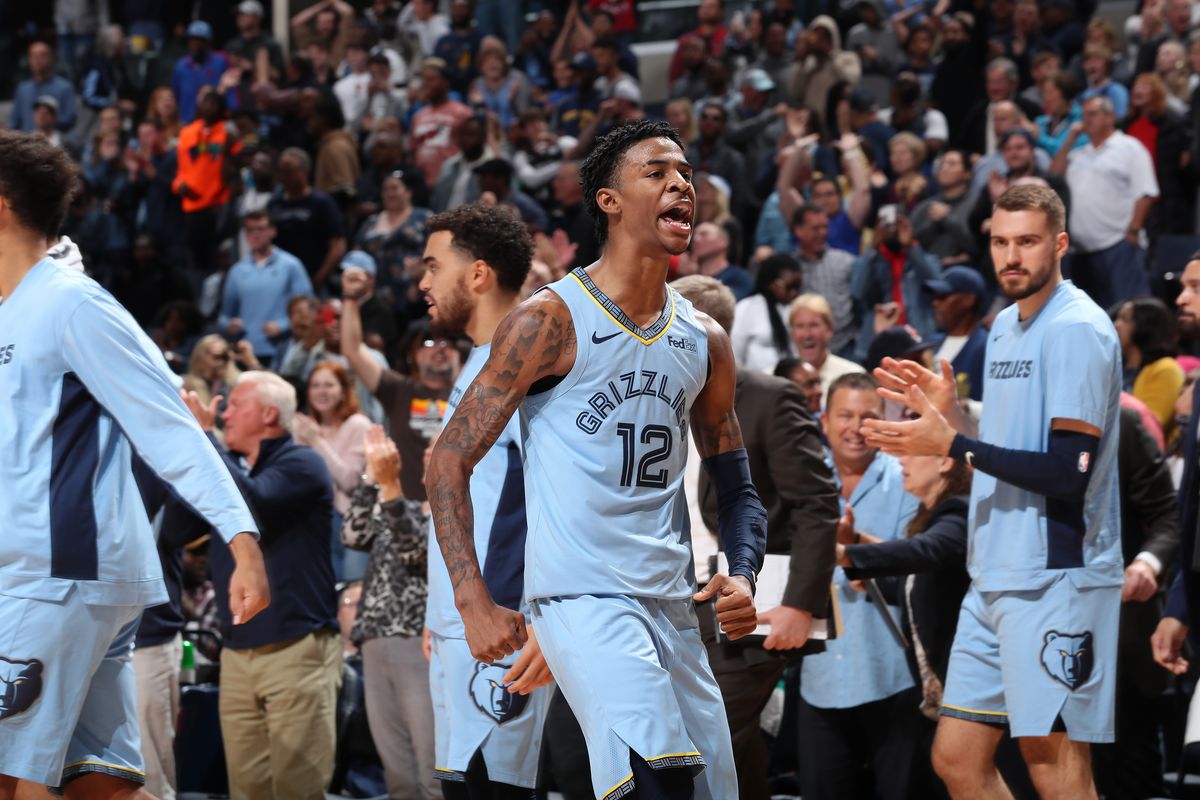 Last season, the teams played three times with the Nuggets taking all three contests. The Nuggets hold the all-time record having bested the Grizzlies in 59 of their 95 matches

While Nikola Jokic played through a sore leg he wasn’t able to propel his Nuggets to a victory versus the Grizzlies on Monday. The reigning MVP has looked just as sharp, if not improved this season.

The one area of his overall production that has taken a dip is assists but part of that equation is his teammates failing to convert the wide-open passes the big man sets them up with.

The one Nuggets player who stands out is Michael Porter Jr. who is struggling to start the season and certainly isn’t leaving up to the preseason predictions he would win Most Improved Player.

That wasn’t a hot take as analysts knew MPJ would get more opportunity with Jamal Murray being out due to the torn ACL. Instead, through eight games Porter has dropped from 19 points last season to 10.7 this year.

Most concerning is the regression of his 3-point shot. Last season MPJ shot the 3-ball with an efficiency of 44.5 percent on 6.3 attempts but through eight matches he’s shooting 23.3 percent on similar attempts (6.1).

In the loss to Memphis, Jokic led the way with 23 points, seven rebounds, and seven assists plus four blocks. Aaron Gordon dropped a double-double of 15 points and 10 rebounds.

Murray has been cheering his team on from the bench and continues his rehab from a torn ACL with no definitive return date. Vlatko Cancar is also out indefinitely with a hip injury.

Like the Joker, the Grizzlies have their own superstar Ja Morant who is getting a ton of buzz over his early-season performances. Morant is averaging 28.3 points, 4.7 rebounds, 7.1 assists, and 1.7 steals.

The knock on Morant was his shooting but he’s improved across all areas of the court including from the perimeter where he’s shooting 38.5 percent on 5.6 attempts.

Perhaps most impressively is the youngster’s leadership and his personality is reflected within his team. They follow his lead and play with a grittiness and devil may care attitude.

Dillon Brooks remains out healing from a hand injury and has yet to play this season with no definitive return date.

Although both of these matches are in Memphis which gives them the home-court edge the Nuggets have demonstrated a penchant for rebounding from poor performances.

Will Barton had an uncharacteristically poor shooting night and the combo of him and MPJ shot 5 of 17. The fact that duo only took 17 shots between them is uber low so expect Michael Malone to have them both geared up to be more aggressive in this re-match.

If you’re looking for more NBA picks like this Denver Nuggets vs. Memphis Grizzlies matchup we’ll be providing 4* free NBA predictions on the blog during the entire NBA season, and check out our Experts for guaranteed premium & free NBA predictions!