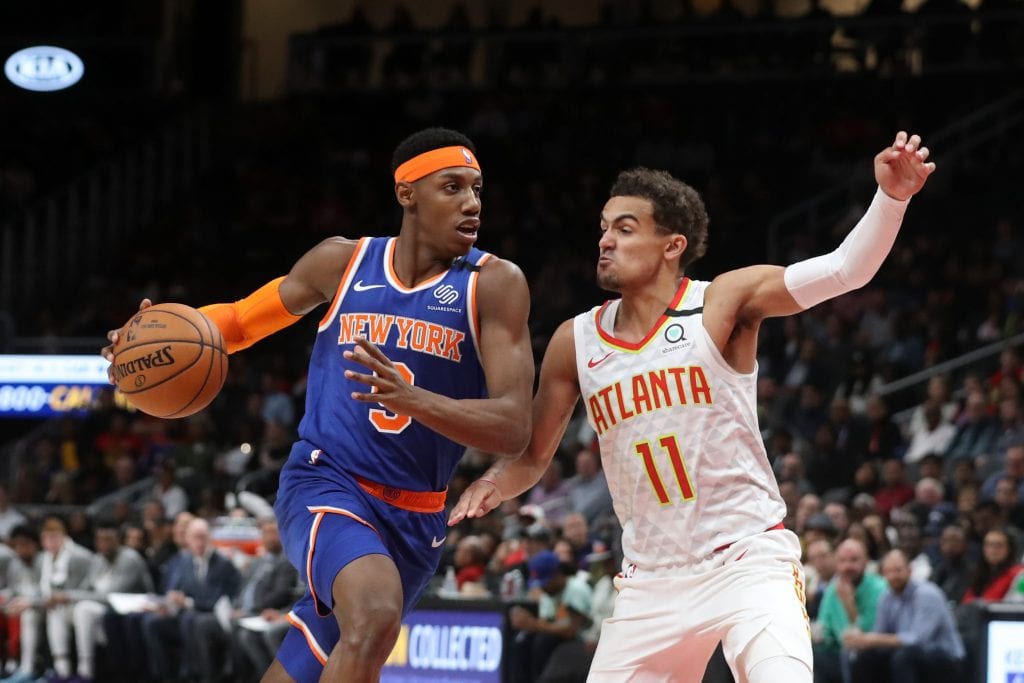 Two teams sporting .500 records face each other on Friday, December 17th, as the Atlanta Hawks host the Denver Nuggets in their second and final meeting of the season. In the initial match on November 12th, the Nuggets won 105-96.

Both teams last played Wednesday with the Nuggets falling 107-124 to the Wolves while the Hawks defeated the Magic 111-96.

Last season the clubs played twice each winning on their home floor. The Hawks hold the all-time record with 51 wins in 94 matches.

Reigning MVP, Nikola Jokic is doing his best to propel the Nuggets to victory but is in desperate need of assistance. On Wednesday the Nuggets inability to defend the perimeter cost his squad as the Wolves scored 23 deep balls (16 in the first half).

Jokic delivered yet another triple-double (his fourth in six games) with 27 points, 11 assists, and 10 rebounds plus a steal.

Injuries continue to plague Denver as two-way contracted player Markus Howard who scored 21 points in the victory versus the Spurs and amassed 14 versus the Wolves hurt his leg and needed assistance to leave the court.

While coach Michael Malone is searching for offensive help to assist Jokic no doubt he’s more worried about his team’s defense as they gave up a season-worst 75 first-half points to the Wolves (last week they allowed the Spurs to score 74 first-half points).

While Denver got Will Barton back for the match against the Wolves they continue to limp into every contest. Austin Rivers (COVID) has missed eight games due to COVID but was upgraded to probable for Friday as is Bones Hyland (violation of team rules).

JaMychal Green (ankle) was downgraded to out while Markus Howard (knee) is out indefinitely but avoided serious injury as per today’s update. Jamal Murray (ACL) continues to rehab aiming for a return this season. Michael Porter Jr. (back), and PJ Dozier (ACL), are out indefinitely.

Last season the Atlanta Hawks got to the Conference Finals and were one of the best clutch teams in the NBA. This year they began the season feasting at home (8-1), losing on the road (1-8), and struggling to win in clutch time.

Having clawed back to .500 with a 14-14 record the Hawks have switched things up by winning five straight on the road but have lost five consecutive at home and continue to struggle to hang onto leads and closing out the final frame.

Wednesday, the match versus the Magic was never in question with the Hawks building an early double-digit lead and coasting to the victory. Trae Young led the way with 28 points, four rebounds, four assists, and two steals.

John Collins posted a double-double of 21 points and 10 rebounds plus two assists. The reserve trio of Lou Williams (14), Cam Reddish (13), and Danilo Gallinari (10) were the other double-figure contributors.

Onyeka Okongwu (shoulder) is cleared to play and dealt with a personal matter Wednesday but is probable for Friday. DeAndre Hunter (wrist) will miss another two to three weeks. Bogdan Bogdanovic (ankle) is out indefinitely and Solomon Hill (hamstring) is out for the season.

In the four prior losses for the Nuggets, they’ve followed it up with a win while the last time the Hawks won consecutive games was November 26th.