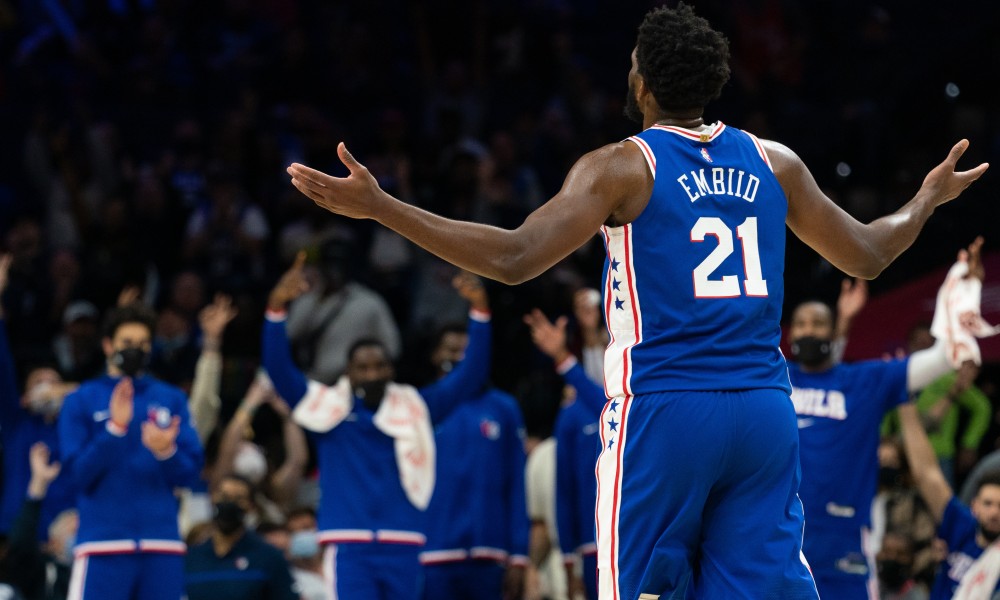 Wednesday, November 3rd, finds the Chicago Bulls facing the Philadelphia 76ers in their first meeting this season. This is the first of a home and home series the teams will play this week although Philly will play the Pistons in between.

Both squads played and Monday with Chicago beating the Celtics and the 76ers beating the Blazers.

Last season, the teams played three times with the 76ers taking all three contests. The 76ers hold the all-time record having bested the Bulls in 127 of their 233 matches

The Bulls lost their first game last week to the New York Knicks but bounced back quickly rebounded collecting an impressive victory versus the (until then) unbeaten Jazz.

Lots of positives to draw from the Bulls’ solid start to the season but they suffered a blow with news Patrick Williams will miss the rest of the season due to torn ligaments in his wrist.

Although there are options to replace Williams the Bulls will miss his rebounding and defensive intensity. For the sophomore, he’ll miss out on the year of development with a team vastly improved over last season.

Chicago began the week with the 10th ranked offense and in a bit of a surprise the sixth-ranked defense. With the win in Boston, they moved to the top of the East’s ladder.

This game marks the start of a hellish schedule segment where nine of the Bulls’ next 10 games are versus 2021 playoff teams and the other team is the Warriors.

DeRozan has a long history of playing well in Boston and Monday was no exception as he scored 37 points (15 of 20). Known as the mid-range assassin his shot was so hot he even took four 3-pointers connecting on three.

LaVine dropped 26 while Vucevic was one assist shy of a triple-double (11 points, 10 rebounds, nine assists)..

Joel Embiid elected to play through pain in his knee no doubt wanting to pick up the slack of a missing Ben Simmons. Although an MRI revealed no damage to his sore knee the 76ers elected to rest their big man on Monday.

That decision seemed even more curious given Tobias Harris was also ruled out due to COVID protocols. Despite a surging Blazers team being in town, the 76ers rallied to garner the victory.

Seth Curry led the way with a game-high 23 points as well as six rebounds, and five assists. All five 76ers starters and two reserves scored in double-figures in a balanced scoring attack.

Andre Drummond got the start and delivered with a double-double of 14 points and 15 rebounds but even more impressively he added seven assists, five steals, and a block.

Danny Green left the game in the third quarter with hamstring tightness and is questionable (as is Harris) for this match.

Presumably, Embiid will return for this match but if  Green and Harris can’t go then Doc Rivers needs to compensate for three starters being out (Ben Simmons). That’s a lot to overcome facing a deep Bulls squad.

Even at less than 100 percent, Embiid will easily win the battle versus Vucevic but I’m not sure there will be enough offense to counter the Bulls stellar quartet.

The Bulls are unbeaten on the road while Philly’s Wells Fargo Center is one of the toughest venues to steal a win at.

If you’re looking for more NBA picks like this Chicago Bulls vs. Philadelphia 76ers matchup we’ll be providing 4* free NBA predictions on the blog during the entire NBA season, and check out our Experts for guaranteed premium & free NBA predictions!