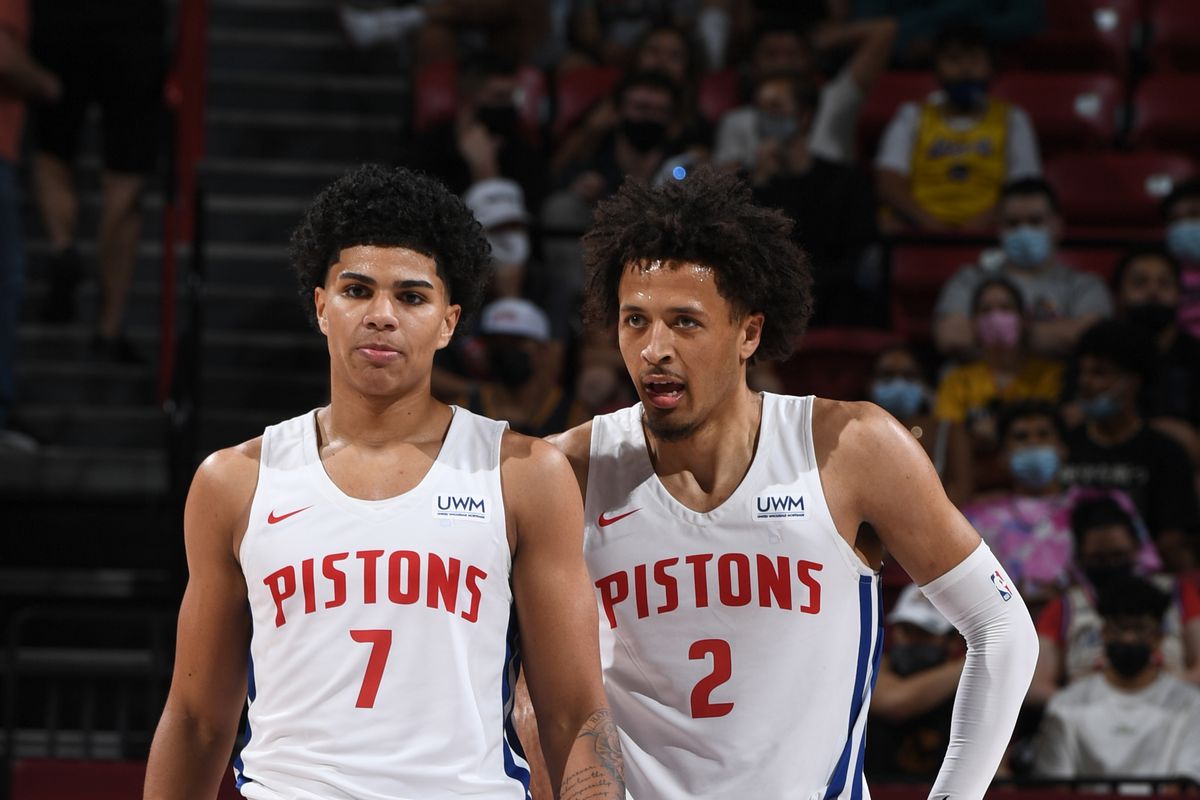 These two squads have made a habit of utilizing ‘your turn, my turn’ of late with the squads splitting games but then Chicago swept the last season’s three-game series. Even their all-time record is close with the Bulls having just three additional wins in hand 136 to the Pistons 133.

The Bulls fell just short of reaching the play-in tournament but recognized some success after adding big man Nikola Vucevic to partner with superstar Zach LaVine. Patrick Williams and Cody White also showcased growth and filled a specific role on the club.

With LaVine in the final year of his contract and anticipating a robust 2022 free agency VP Artūras Karnišovas elected to revamp the Bulls with a view to winning now.

As such, Chicago was one of the busiest teams in the offseason. Trades sent out six players including Al-Farouq Aminu and Thaddeus Young to the Spurs, Tomas Satoransky and Garrett Temple to the Pelicans, Lauri Markkanen to the Cavaliers, and Daniel Theis to the Rockets.

Williams will miss the first month of the season after suffering a severe ankle sprain which leaves Billy Donovan with a bit of a dilemma regarding who he’ll plug into start at power forward. His options are Jones, Johnson, or moving DeRozan up a spot and plugging in Brown in as the starter.

Tanking worked for the Pistons who nabbed the top draft pick landing Cade Cunningham in one of the deepest classes in years. While Jalen Green, Evan Mobley, and others will contest for Rookie of the Year, Cunningham looks poised to be a generational talent the Pistons can build the foundation around.

Youth is clearly the emphasis as 10 of the 20 players in training camp were either rookies (5) or first-year players. Troy Weaver purged the roster in the offseason trading Sekou Doumbouya, Jahlil Okafor, and Mason Plumlee, elected to not re-sign Dennis Smith Jr, or Wayne Ellington and waived others.

The main additions came via the draft and the trio of Trey Lyles and, Kelly Olynyk in free agency.

Dwane Casey will have ample size to work with particularly upfront and the potential for some tough-nosed defense but finding consistent scoring threats beyond Jerami Grant will be a struggle.

Injuries could play a factor with Cunningham (ankle), Bey (ankle), and Hayes (concussion) all questionable and the Bulls won’t have Williams or White.

While the Pistons will be scrappier than most assume the Bulls looked downright impressive in preseason featuring offensive versatility and the top-ranked defense. That should delight Billy Donovan who famously capitalized on his trio of guards in Oklahoma City and now has a trio of stars who are all capable of taking over to create buckets in clutch time.

As great as the Bulls preseason defense was it will be intriguing to see how the Bulls big 3 manage on that side of the hardwood when games count. Those answers won’t come in this first game, as Chicago should win easily.