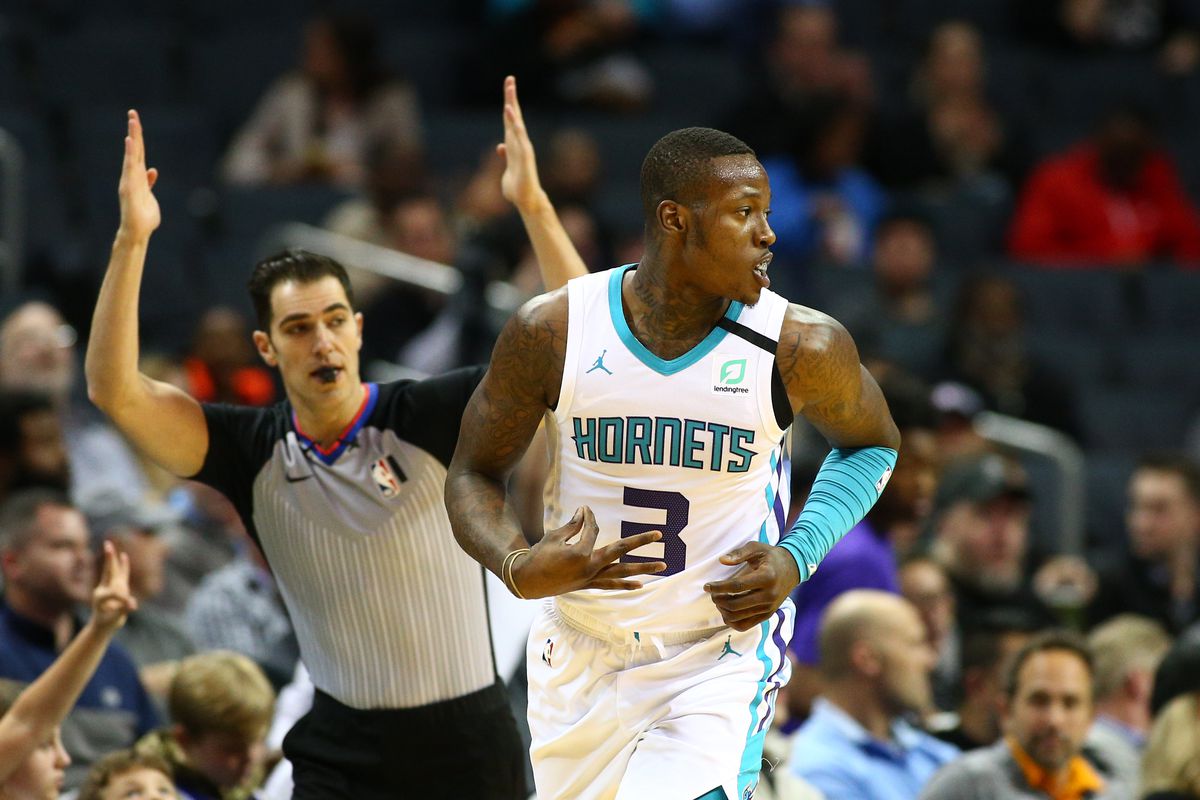 The Hornets continue their West Coast road trip on Monday night with a visit to the Staples Center to play the Lakers. It’s been a rough go of it for Charlotte, who has so far dropped games to Golden State, Sacramento, and the Clippers as part of their four game losing streak.

The Lakers also need a win on Monday night having dropped their last two games. One of those was 107-104 to the Thunder last Thursday, and two of OKC’s three wins this season have come against L.A.

Charlotte seems to be experiencing a dose of reality lately after their red hot 4-1 start to the season. Since then the Hornets have gone just 1-5 which includes losing their last four in a row.

The West Coast road swing has been brutal for the Hornets as their closest game of the three was a 14 point loss to the Clippers on Sunday. Charlotte also fell by 22 to the Warriors and 30 to the Kings so it’s somewhat surprising to see just a +2.5 line for Monday’s matchup with the Lakers.

Another reason this spread seems on the low side is because the Hornets have to play on the back to back after Sunday’s loss to the Clippers. Granted, there’s no extra travel involved since both games are being played at the Staples Center.

LaMelo Ball and Miles Bridges led the Hornets with 21 points against the Clippers but they were two of five players that logged over 30 minutes in that game. Will fatigue be a factor on Monday night?

The Lakers are in a rut not just with the OKC loss, but also in falling 105-90 to the Trail Blazers on Saturday. LA was down 36-14 after the 1st quarter vs. the Trail Blazers and Anthony Davis left after just 7 minutes due to a stomach ailment.

Health is always a huge concern with the Lakers who have been without Lebron James the last two games because of a strained abdominal muscle. James is listed as out vs. Charlotte and Davis is questionable not only with the illness but also a thumb injury.

No Lakers starter tallied into double figures in the loss to the Trail Blazers which includes Russell Westbrook finishing with just 8 points on 1-13 shooting. Carmelo Anthony was also 4-14 against his old team as the Lakers shot just 31-90 from the floor.

The Lakers are having their share of struggles lately but still the -2.5 point spread seems a bit low. Sure Los Angeles is without James and also possibly Davis, but the Hornets are getting beat up on their current road swing.

The Hornets are also playing on the back to back even though both games are in the Staples Center. Charlotte is without PJ Washington again on Monday and it’s no coincidence that their losing streak coincides with his repeated absences.

There is a red flag in this line being so low, and with a lot of public action coming on the way of the Lakers but L.A needs to end a losing streak.

If you’re looking for more NBA picks like this Charlotte Hornets vs. Los Angeles Lakers matchup we’ll be providing 4* free NBA predictions on the blog during the entire NBA season, and check out our Experts for guaranteed premium & free NBA predictions!