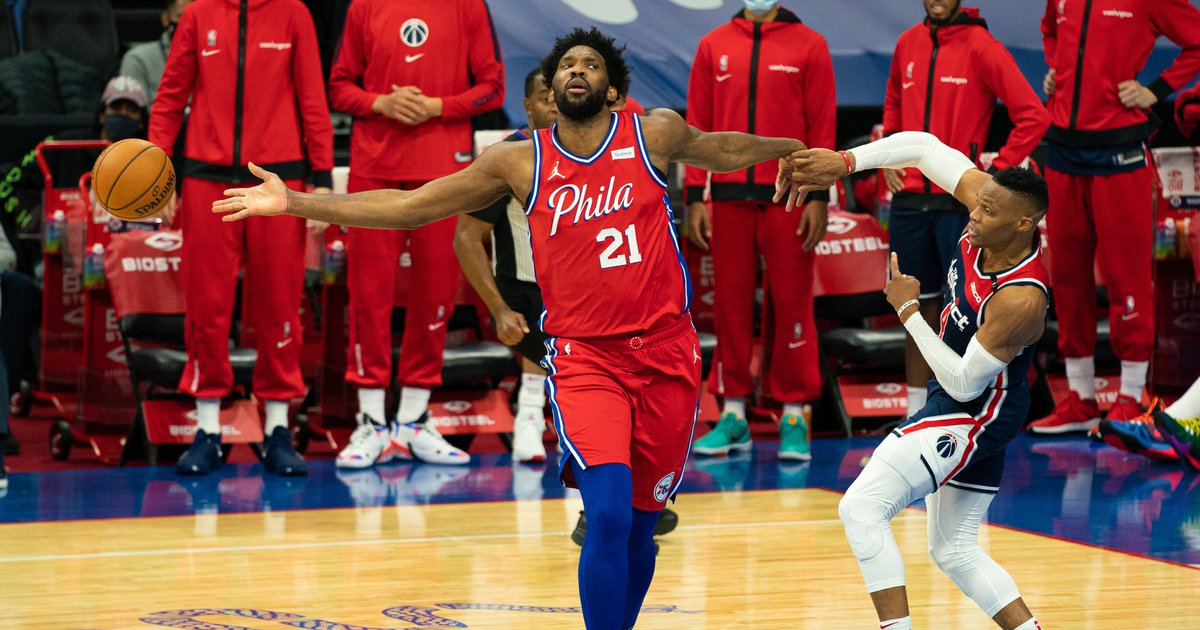 Last season, the teams played three times with the 76ers taking two of the three contests. The 76ers hold the all-time record having bested the Nets in 118 of their 203 matches

With all the drama surrounding the Nets and the situation with Kyrie Irving, you have to wonder how much it’s affecting the players and the locker room.

They lost the opening match but that may have had more to do with the reigning champion Bucks who’ve had to listen to all the predictions about Brooklyn being the title favorites.

Kevin Durant did his part delivering a double-double of 32 points and 11 rebounds including 3 of 7 from deep as well as four assists and two blocks.

Jame Harden struggled shooting 6 of 16 from the field but still put up impressive figures of 20 points, eight rebounds, eight assists, a steal,  and two blocks.

Only two other players reached double-figures including free agent Patty Mills who collected 21 points and was perfect from the perimeter (7 of 7). His presence on the team becomes even more valuable given the Irving situation.

Although the Nets feasted on the perimeter partial credit goes to the Bucks as their defensive priority is paint protection and limiting transition scoring (Milwaukee was +6 and +8 in those categories).

Like the Nets, the 76ers are dealing with their own off court drama tied to Ben Simmons and his desire to be traded. While the star ended his impasse to show up (and collect his paycheck).

However, he was clearly not fully invested in practice and it resulted in a suspension without pay for his attitude. As of this posting, the update is he’s receiving treatment on his back but says he’s “not mentally ready to play”.

Superstar Joel Embiid appears fed up with Simmons telling reporters the two haven’t spoken since Simmons returned to Philly. The drama didn’t seep onto the hardwood in their opener as the 76ers easily defeated the Pelicans (117-97).

Embiid led the way with 22 points, six rebounds, five assists, a steal, and a block. Four Sixers scored 20 or more points including Furkan Korkmaz (22), Tyrese Maxey (20), and Tobias Harris who delivered a double-double of 20 points and 12 rebounds.

Simmons is out for this match as is Shake Milton (ankle).

While every game of the 82 only counts for one win or one loss some take on extra incentive and this is one of those matches. Brooklyn doesn’t want to start the season 0-2.

Meanwhile, the 76ers who finished atop the East last season want to send a message to their opponent and the reigning champs they intend to be in the mix at season end.

Both clubs were hot from the perimeter in the opener with the Nets shooting 53.1 percent (17 of 32) and the 76ers shooting 52 percent (13 of 25). However, the Nets will need to put their focus on the paint and try to limit Embiid while also competing on the glass as whoever wins that battle will also likely take the fast break scoring advantage.

In the last two seasons, the 76ers are 60-11 at Wells Fargo Center making it arguably the toughest road venue for opposing teams to steal a victory at.

If you’re looking for more NBA picks like this Brooklyn Nets vs. Philadelphia 76ers matchup we’ll be providing 4* free NBA predictions on the blog during the entire NBA season, and check out our Experts for guaranteed premium & free NBA predictions!