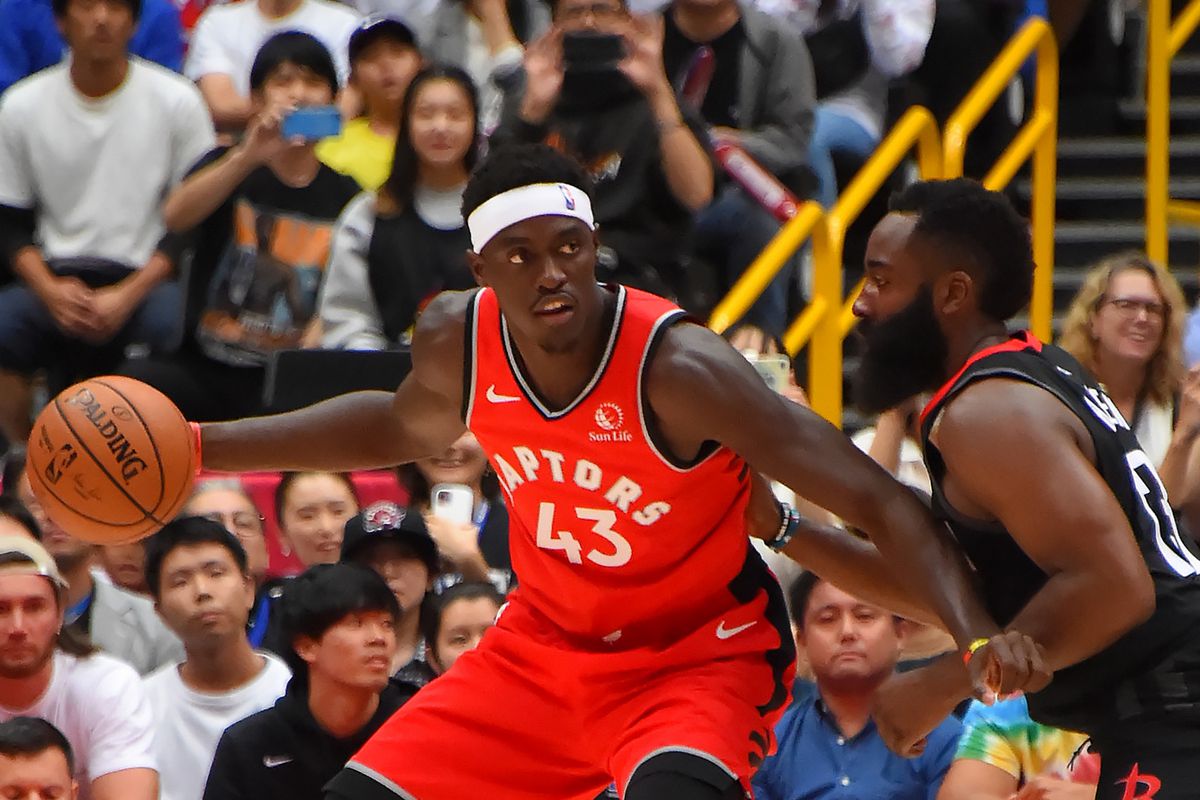 Sunday, November 7th, finds the Brooklyn Nets tipping off versus the Toronto Raptors in their first meeting of the 2021-22 season. The Nets arrive having beaten the Pistons while the Raptors win streak ended in a heartbreaking loss to the Cavaliers.

But the big news is Pascal Siakam will make his season debut coming back far sooner than even the most optimistic projections for his timeline.

The Raptors hold the all-time record between the clubs with 58 wins in 100 meetings. Last season, the teams played on three occasions with the Raptors winning two of the three contests.

The Nets were deadlocked with the Pistons at halftime on Friday then surged ahead in the third quarter outscoring Detroit 39-23. They had to buckle down to close out the match as Detroit made a run but ran out of time.

LaMarcus Aldridge led the reserve unit with 16 points while Blake Griffin scored 13 against his former team, and Bruce Brown chipped in 10 points.

Despite notching the victory it was a far from perfect performance as KD shot 12 of 27 and Harden just avoided the quadruple-double hobble coughing up the ball nine times.

The Nets have won four games in a row beating the Pistons twice, plus the Pacers and Hawks. The Raptors will try to join the Bucks, Hornets, and Heat as the only teams to have beaten the Nets this season.

This will be the second match of a season-high six-game road trip for Brooklyn who’ll face four lottery squads (Pistons, Magic, Pelicans, and Thunder) plus the Raptors and Bulls.

Friday night’s loss to the Cavaliers was a tough pill to swallow as the Raptors led the entire game until Darius Garland’s free throws put Cleveland ahead by a single point with 4.8 seconds remaining.

That the Cavs also got 19 free throws to the Raptors nine was also concerning given both teams scored 52 points in the paint.

Still, the Raptors played well enough to win. That they’ve accomplished their record without Pascal Siakam or Yuta Watanabe bodes well for the club who got Scottie Barnes back after he missed two games with a banged-up thumb.

Of course the major news is the return of Siakam who’ll undoubtedly be limited initially but will help be boon to the offense.

In the loss Friday, five Raptors scored in double-figures with OG Anunoby leading with 23 points along with six rebounds, five assists, a steal, and a block. Fred VanVleet offered 18 points, six rebounds, and six assists while Gary Trent Jr. chipped in 17.

Although the Raptors’ defense is stellar they can’t afford to give the Nets a similar advantage at the line.

It’s an intriguing matchup given the Nets are still searching for their offense (rank 20th) while the Raptors go through cold stretches in every match (12th). Siakam’s return will offset part of those issues although he’ll be on a minutes restriction.

This Atlantic Division matchup will serve as a litmus test for Toronto while the Nets will be looking to send a message. Compelling match!