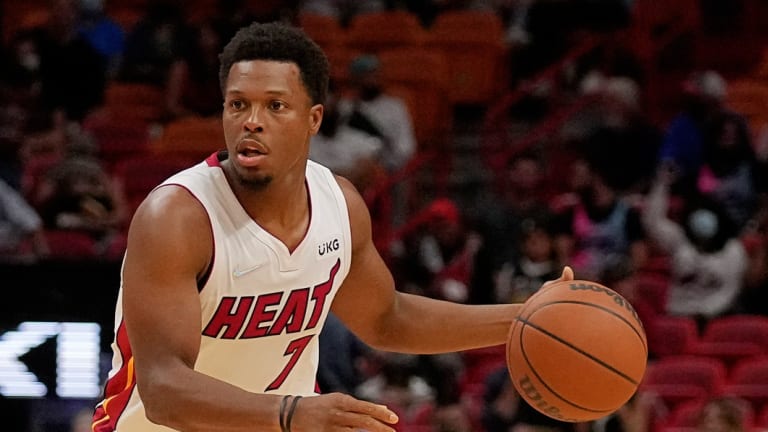 Thursday, November 4th, finds the Boston Celtics facing the Miami Heat in their first meeting of the season. The Celtics are playing the second game of a back-to-back facing the Magic on Wednesday while Miami pummelled Dallas in their last match.

Last season the clubs played three times with the Heat winning two of three contests. The Celtics hold the all-time record with 76 wins in 126 matches.

Prior to the season, many analysts predicted the Celtics would be one of the home court seeds in the East, however, in the early going they’ve looked like a team struggling to succeed on either side of the hardwood.

They entered Wednesday with just two wins in seven games, and worse, issues of chemistry off the court as well. Marcus Smart added fuel to that fire following the loss to Chicago on Monday.

After leading by 19 the Celtics fell 114-128 and Smart pointed to the unwillingness of Jayson Tatum and Jaylen Brown to pass the ball when opponents solely focused on the duo.

Some suggested this was information better left in the dressing room but given the past few seasons perhaps Smart felt it was best to bring the issue to light.

Although Kyle Lowry is known North of the border for taking over games, shifting momentum, and stepping up to win critical matches he took a slower playmaking approach to start his tenure in Miami. ‘

Through the initial six games (he played in five) he was averaging a measly 7.7 points and shooting an uncharacteristically low 26.9 percent from the perimeter.

Heat fans got a taste of what the real Lowry looks like in the win versus the Mavericks. With Dallas taking an early lead the bulldog point guard took over the game either assisting or plays or getting the ball up court quickly and delivering the hockey pass leading to the bucket.

Those efforts brought the Heat back in the match and then as he’s done a million times in Toronto, he started nailing 3-point shots notably hitting one each time the Mavericks threatened to shift the momentum.

While four Heat players registered 20 plus points make no mistake this win had Lowry’s fingerprints all over it. His final line was 22 points (6 of 9 from deep), five rebounds, nine assists, and only one turnover.

Victor Oladipo (knee) is out indefinitely, Max Strus (knee) and KZ Okpala were also out and questionable for Thursday.

With the rest advantage, theHeat keep rolling sending another message to an Eastern counterpart about their dominance in the conference.

The Heat continues to feast on Eastern competition – – but Hornets keep the spread closer than six points.