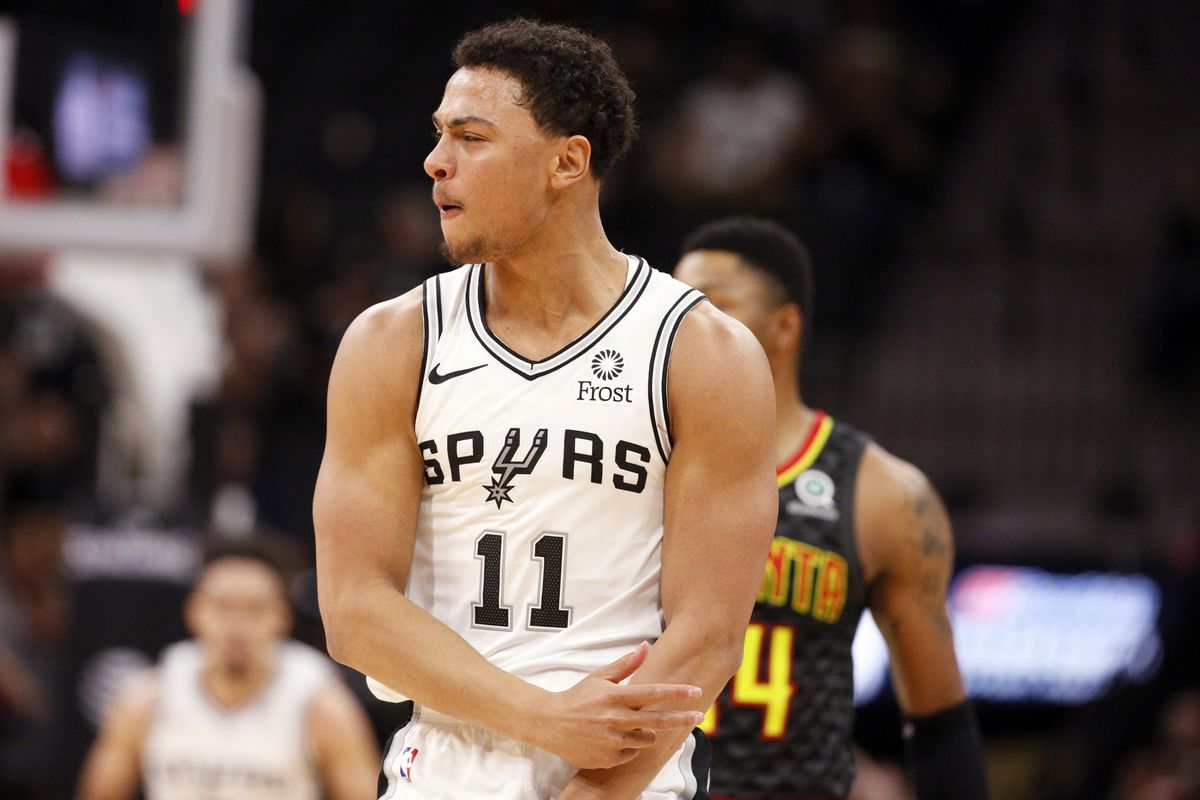 Last season the clubs played twice with each team winning on the opposing court. The Spurs hold the all-time record with 56 wins in 97 matches versus the Hawks.

While the Hawks have been feasting at home they need to find the same level of dominance on the road where they are 1-8.

The most recent match witnessed the Hawks getting an undermanned Thunder club who were missing star Shai Gilgeous-Alexander.

The game was won in the third quarter when Atlanta held OKC to 11 points and while the Thunder outplayed the Hawks in the final quarter it was too little too late.

Trae Young led the way with 30 points while Clint Capela delivered a double-double of 10 points and 15 rebounds. John Collins offered a complete game of 11 points, six rebounds, five assists, a steal, and a career-tying five blocks.

Bogdan Bogdanovic and Kevin Huerter each scored 13 while Danilo Gallinari offered 11 points off the bench.

DeAndre Hunter (wrist) is out for up to two months while Oneyka Okongwu (shoulder) is out indefinitely.

Although they’ve lost five games in a row the majority of those losses were to elite teams like the Mavericks, Clippers, Lakers, and Suns. The lone lower-tier team (the Timberwolves) is on a winning streak and feasting of late.

In the most recent match, the Spurs gave the Suns everything they could handle outscoring them 36-25 in the final quarter. Five Spurs scored in double-figures with Derrick White leading the way with 19 points as well as four rebounds, four assists, two steals, and two blocks.

Dejounte Murray posted a triple-double of 18 points, 10 rebounds, and 11 assists plus three steals, and a block. Jakob Poeltl came one rebound shy of a double-double with 15 points and nine rebounds. Devin Vassell (17) and Lonnie Walker IV (11) were the other double-figure scorers.

San Antonio tied the Suns on the boards (44) and outscored Phoenix in the paint 70 to 52. Ultimately, the perimeter was the biggest difference with Phoenix connecting on 12 triples but the Spurs hit only five deep balls.

Doug McDermott (ankle) and Jock Landale (COVID-19) are questionable to play Wednesday. Zach Collins (ankle) had offseason surgery and is out indefinitely.

One team will continue their streak as the Hawks seek six wins in a row and the Spurs try to break the five-game losing streak. While the Spurs record isn’t great they have been competitive in many of their losses.

Given how angry Murray was following the recent loss and how the Hawks play on the road I’m going with the Spurs to upset.