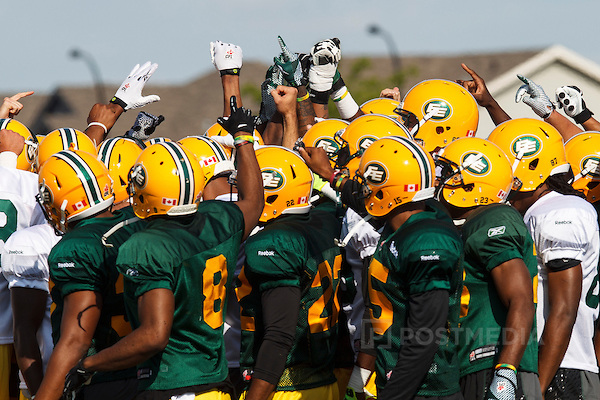 Two teams trying to figure themselves out in the early going meet on Thursday night as the Winnipeg Blue Bombers and Edmonton Eskimos get set for battle.

The Blue Bombers have a pair of 2 game losing streaks under their belt while the Eskimos sit at the .500 mark heading into this one.

The Blue Bombers have dug themselves an unpleasant hole here to start the 2016 CFL season.

With a lone win sandwiched in between a pair of two game losing streaks. Winnipeg dropped back to back home games to this Edmonton team and Calgary, as their offense just simply hasn’t gotten anything going.

Winnipeg managed just 16 points against Edmonton and followed that up with 18 against Calgary.

QB Drew Willy has tossed for just 5 touchdowns and logged 4 interceptions on the season, 2 numbers he has to improve on for this team to be successful.

The Edmonton Eskimos are looking for stability, as they’ve been unable to find it through their first two games.

Edmonton’s defense has been the biggest issue for them as they couldn’t follow up from a solid performance against this Winnipeg team, allowing 37 points to Hamilton in last weeks loss.

However, going back to their 20-16 win over Winnipeg, the defense held them to just 347 yards and forced 2 interceptions.

While their defense ranks near the bottom in almost every category, offensively Edmonton is one of the best in the league.

Edmonton has been such a tough team to figure out.

This team could easily be 4-0 or even 0-4 with the way their games have gone.

The last time these two teams met it was a defensive battle, which is something the Eskimos don’t want. Look for them to try to play at their normal pace and really force the issue offensively here.

Edmonton’s offense is just too much. An early lead and a giant hole for the Blue Bombers puts them into their dismay, as the Eskimos roll at home.

If you’re looking for more picks like this Winnipeg Blue Bombers vs. Edmonton Eskimos we’ll be providing 4* free Canadian Football plays on the blog all season long, and check out our Experts for guaranteed premium & free CFL Football picks!