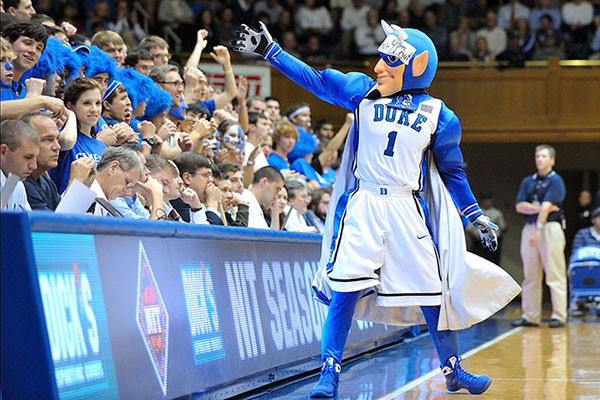 Looking for 2019 NCAA Basketball Futures Odds and some great betting lines to get down on? The regular season is only about a month in, and the Final Four is four months away, but wise futures bettors will use the knowledge they’ve gained on each of the teams up to this point and revisit the futures board in search of value. Here are five teams worthy of a closer look.

Duke has all the national attention and all the raw talent in the world, but all that attention has removed any possible value that could be found in backing them. There are some legitimate concerns around this program’s ability to win the big game, and this group has already shown us a glimpse of that.

The Blue Devils fell to Gonzaga by two in the final of their season-opening tournament. The team lacks a veteran presence in the backcourt and that’s the kind of thing that sees teams pack their bags early in March. They don’t play another tough opponent away from home until mid-January, so they have time to get themselves sorted.

We’ve already seen some pretty strong flashes from this Kansas team, with impressive victories over Marquette and Tennessee at Madison Square Garden in the NIT Season Tip-Off.

Udoka Azubuike has given the Jayhawks a major edge under the basket. He’ll need to keep his fouls down and stay on the court after fouling out against Tennessee and picking up four fouls against Michigan State and Marquette.

Gonzaga has the most impressive victory on its resume of all the top teams, knocking off Duke in the final of the Maui Invitational. Star players Zach Norvell and Rui Hachimura really shined in that tournament, helping to get this group a little more national attention in their familiar role as giant-killers (even if they too are giants right now).

For anyone that thinks they’ll be playing a soft schedule because of their conference, note that this team will be playing away from home against both Tennessee and North Carolina before the new year. This group will be battle tested before March.

Kentucky gets so much national attention, and John Calipari has so much respect from college basketball fans, that it’s impossible to expect their to be any value in backing the Wildcats, and that’s the case again here. The team is good, but it’s a few slots too high on the futures board for any real consideration when mining for value.

Since a thoroughly embarrassing opener against Duke, things have looked up for Kentucky. Keldon Johnson is really making a name for himself as the go-to player on the roster, and Reid Travis has been a really strong presence on the boards. They’ll need to tighten up defensively if they have title hopes.

Virginia really feels like a team teetering on the edge of either entering the top-4 squads nationally, or are they just one of the best teams in the next tier of programs? Fans have to like what they’re seeing out of Tony Bennett’s Cavaliers thus far.

They really shut down Wisconsin, holding the Badgers to only 46 points to win the Battle 4 Atlantis, and no opponent’s scored more than 60 against them this season.

The team also could be the best offense Bennett has put on the floor in a few years, with multiple players who can knock down shots from the perimeter, and a first-round talent in De’Andre Hunter working in the paint. With the spotlight off of them somewhat, this could be the year Virginia surprises some people in March.

If you’re looking for more picks like this 2019 NCAA Basketball Futures Odds post we’ll be providing 4* free college basketball predictions on the blog all season long, and check out our Experts for guaranteed premium & free NCAAB Hoops picks!