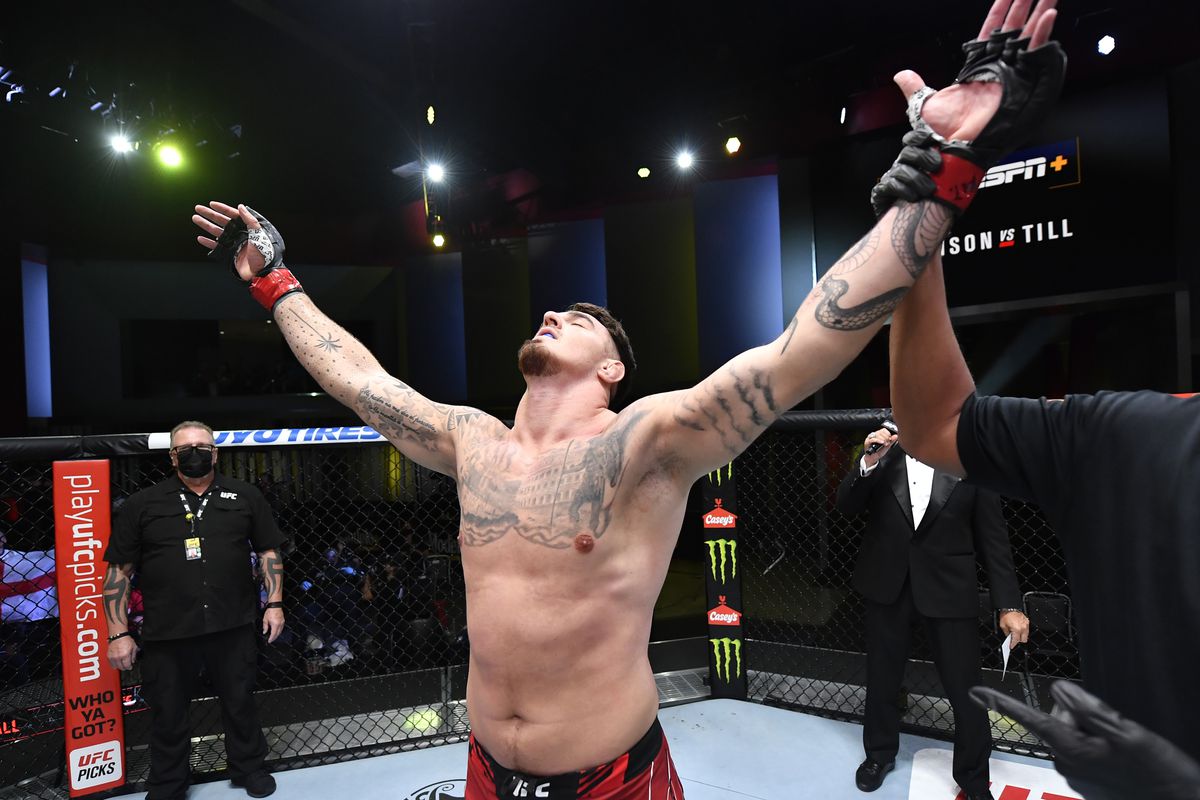 Ready for Volkov vs Aspinall? Free UFC Fight Night 204: Volkov vs. Aspinall and betting odds & predictions? Here is a full breakdown of the leadup, what to expect during the fight, and some logical outcomes.

Astoundingly, Aspinall has a 100% finishing rate, with a record of 11-2-0(4-0 UFC). Additionally, he’s captured 3 performance of the night bonuses, and knocked out legend, Andrei Arlovski.

That being said, Tom’s facing the biggest test in his career, with the Russian, Alexander Volkov.

Important to mention, Alex is wily veteran, with over 40 fights(34-9, 8-3 UFC), and with notable wins over Alistair Overeem, and Walt Harris.

Although, “Drago” Volkov has lost 2 of his last 5 fights, and 3 of his last 7, including an iconic last second loss to Derrick Lewis.

Additionally, he’s the more devastating striker and has the it factor, more so than Volkov. And in a coin flip of a fight, we’re siding with the Brit to knockout his opponent, within 5 rounds.

Easily the most hyped fighter to come out of the UK, since Conor McGregor, is the huge favorite to dispatch his foe.

His easily recognizable name is, Paddy “The Baddy” Pimblett(NR), and has a lights out record of 17-3-0. Moreover, he’s known for his slick submissions, and his slugging in the pocket, style of fighting.

In his UFC debut, last time out, he won via KO in the very first round. Although he did get rocked in the process, due to his wildly odd willingness to get hit in the pocket.

Regarding his opponent, Rodrigo Vargas(NR), he’s currently 1-2 in the UFC, unfortunately losing his first two with the promotion. That being said, he bounced back strong last fight, and is looking to derail the hype train in London.

Important to note, Vargas possesses an impressive 12-4 record, with 7 knockouts, 3 submissions, and 2 decision victories. Although, he’s only won one fight(decision), against fighters in the UFC.

In conclusion, the hype is real with Paddy, resulting in a major overreaction from the books, and bettors alike. For readers unaware, Pimblett lost 2 of his last 5 fights, in Cage Warriors.

That being said, he’s still the superior fighter, and will most likely finish Vargas via submission, or knockout.

Any fight involving Paul Craig(#11), is one that aware viewers, run to the tv to watch. He’s also the fighter who owns the sole win over last weekends main eventer, Magomed Ankalaev.

His opponent, Nikita Krylov(#9), has dropped 3 of his last 5 fights, but two of them to former and current champions(Jan Blachowicz, and Glover Teixeira)

Furthermore, Krylov lost his last fight to Ankalaev, even though we know how MMA math works out, Craig did beat Ankalaev.

Also, Nikitas two UFC wins we’re against Johnny Walker, and St.Preux. While St.Preux deserves respect, considering his track record, Walker’s a different story, as he’s proven to be all hype.

In my opinion, Craig should be the favorite in this bout, and since he’s a significant dog, we’re siding with him heavily on Saturday night.