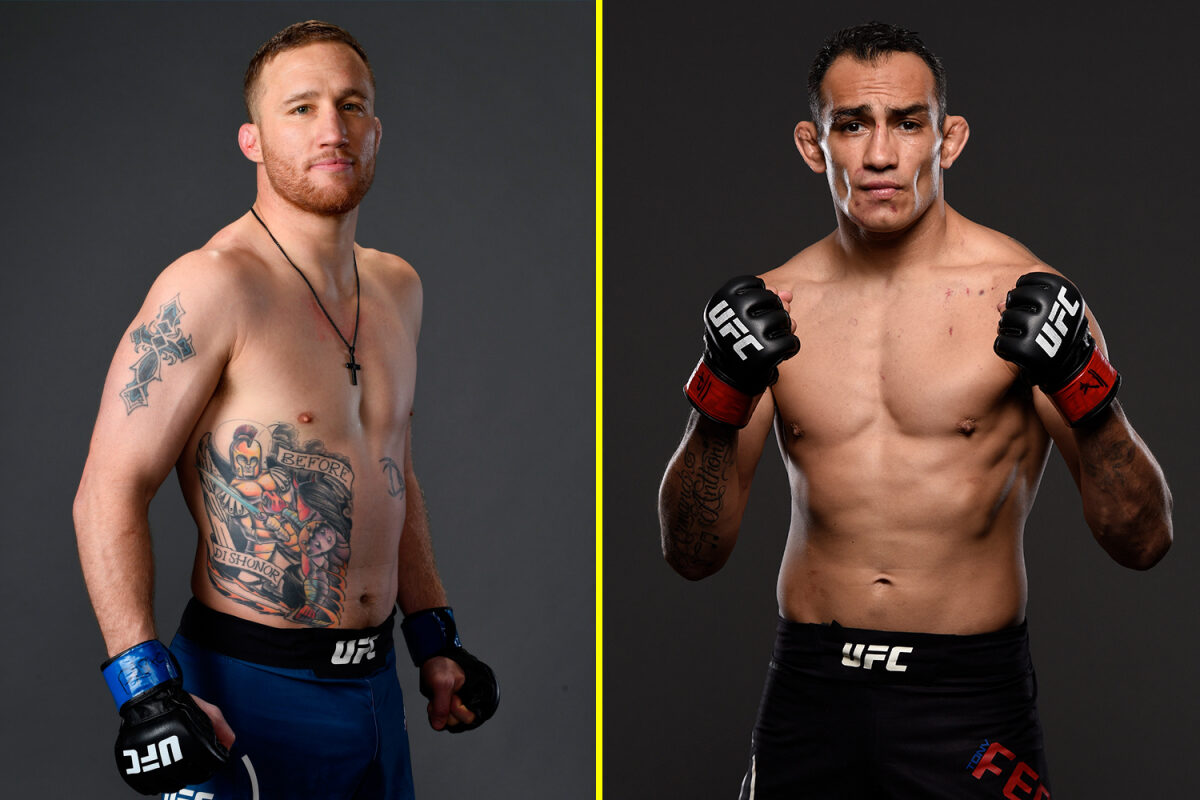 Ready for UFC 249 picks and betting odds & predictions? This is one of the most sporadic and somewhat surprising cards in UFC history. With all other major sports cancelling events and games, Dana White bought a private island to host fights. Yes, an island. Although the original main event will no longer take place, the UFC replaced Khabib with Justin Gaethje. Here is a look at the new card and free picks to go with it.

Free UFC 249 Picks – Although not the fight many longed for, Gaethje is stepping in short notice for the first time in his career to compete for the interim lightweight belt. Tony Ferguson is looking to become the first ever two-time UFC interim champion.

For what it’s worth, that is pretty damn impressive. The lightweight division is and will continue to be the best division in the UFC and the winner of this, in all likelihood, will face Khabib to unify the belt.

As for the fight, Ferguson has the upper hand on the ground and is more technical on the feet, but Gaethje’s power is too grand to ignore.

Anthony Pettis put Ferguson into a world of trouble and if he was able to do that, Gaethje may have a day here. It’s a five round fight and I think Ferguson’s cardio is too great to bet against.

Free UFC 249 Picks – This will be a rematch of what once was a championship fight. Andrade won by head slam knockout in the first bout, but Rose was dominating her for the entirety of the fight prior to the head slam.

Andrade’s first and only title defense was a brief one, as Zhang brutally finished her in the first minute of the round.

This is Namajunas’ first bout since she lost her belt and if she wins this, her against current champion Zhang is a bender. I will take Rose here as I do not foresee another head slam or anything awry happening.

Free UFC 249 Picks – These boys are two of the most THICC boys in the UFC. Although it comes with daunting flashbacks of Ngannou vs Lewis, this fight will hopefully be a heavyweight slug fest we have longed for.

Hardy lost his last fight, but looked pretty damn impressive against Volkov. De Castro has been an absolute savage since entering the UFC and there is not much of a playbook on him.

If Hardy uses his reach and length effectively, this fight gets interesting. Although I think it can go either way, De Castro is my pick here.

Free UFC 249 Picks – This fight is not getting the press it deserves as it is being overshadowed by all the additions. Although Kattar lost his last bout and Stephens’ has not won in his last four, these two always bring it and this should be a high level bout.

Stephens is a pretty hefty underdog, so I will take the value here, but keep an eye on my Twitter @RizzMMA for this one to change.

This may very well be my fight of the night prediction. Two absolute brawlers that are looking to stake their name in the 170 pound rankings. Price is reckless, which sometimes pays off, but I will take Luque as the more technical striker.

Check out our Updated UFC 249 Odds.