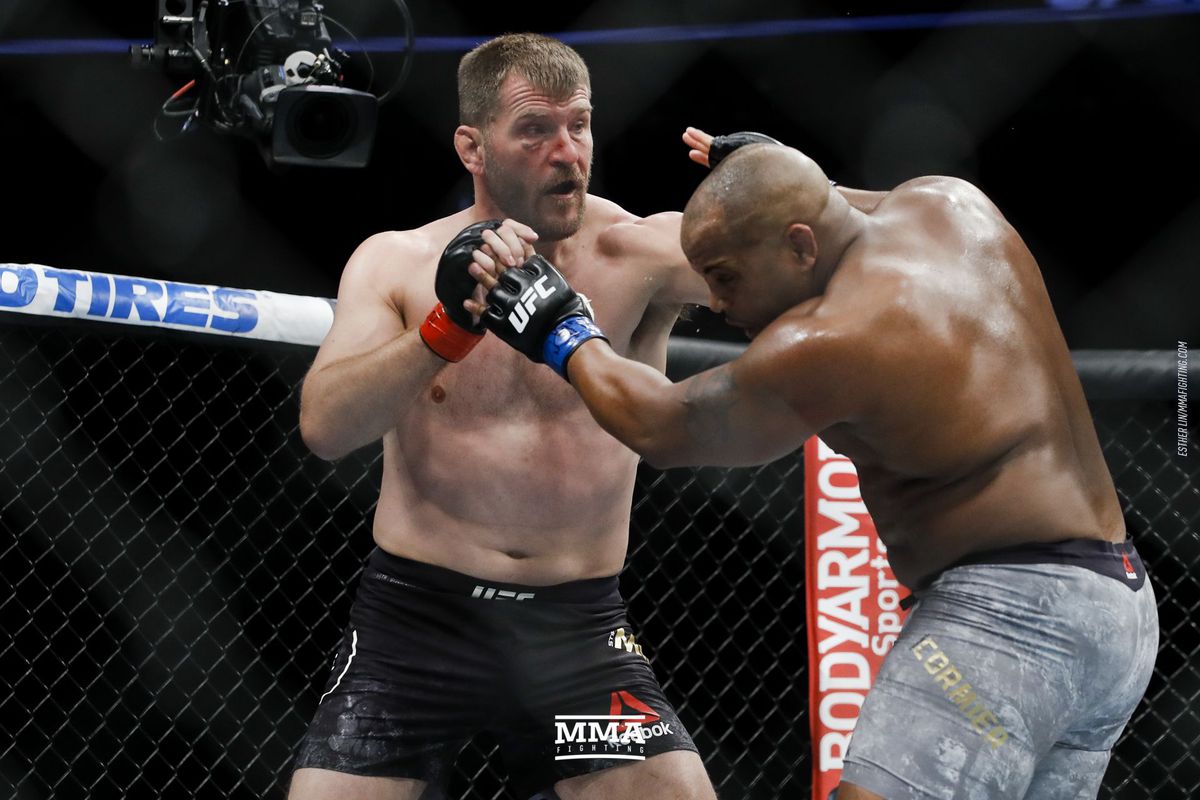 Ready for Cormier vs. Miocic Free UFC Future Pick and betting odds & predictions? Although not officially booked, the third fight between Cormier and Miocic that would complete the greatest heavyweight trilogy in MMA history, it will eventually be booked. When? That is anyone’s guess, especially with the coronavirus running rapid. Nevertheless, there are odds to assess and assess I will.

The first time Cormier and Miocic met, it was Cormier’s first heavyweight fight in quite some. He was moving up from the 205 pound division to capture double champ status and cement himself as one of the greatest fighters in UFC history.

Miocic was on a heavyweight championship run that only some dreamed about. That was ended rather quickly when Cormier stopped him in the first round and took his belt.

Miocic wanted an immediate rematch, one that Cormier was unwilling to give him. Cormier went on to defend the heavyweight belt against Derrick Lewis and ended him in by second round submission.

After that, Cormier was stuck on a megafight with Brock Lesnar. After that fell through, he set his eyes back on Miocic and they booked a rematch between the two about one year after the first fight.

The second fight started similarly to the first. Cormier dominated Miocic for the first three rounds and was on his way to his second heavyweight title defense and possible retirement. Those hopes ended in the 4th round when Miocic knocked out Cormier to earn his belt back.

Some thought after that, Cormier would retire and enter a successful post-UFC life. After a minute of time, Cormier announced that his trilogy with Jon Jones wasn’t of interest, neither was a fight with Brock Lesnar. He said he wanted a trilogy fight with Miocic and that would be the last of his career.

Although a fight with Jon Jones is enticing, Miocic will proabably face Cormier for a third time.

If the fight happens, I love Cormier. They have shared five rounds in the cage before and Cormier has gotten the better of him in four of the five rounds. He will be able to defend the body kicks and his defense will be sharper.

A case for Miocic is the obvious one, as his takedown defense and length are obvious advantages. If he can use his reach more effectively in the third fight, his chances skyrocket.

I think there is a live possibility that this fight will happen in the next 6 months and if it does, expect the best version of each of these men.

The underdog has won in each of the first two fights and I like that trend to continue here. I expect a heavy wrestling game plan and a safer offensive attack. If this fight happens, there will be another blog out with prop picks, but for now, Cormier for the win.

Check out our Updated UFC Odds.