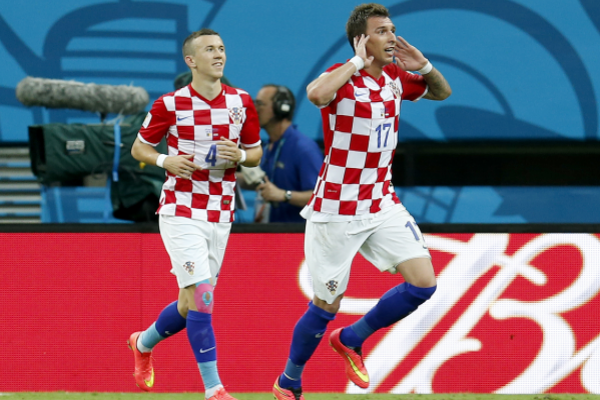 This is the first game in Group D and Croatia will be looking to prove that they are the second best team in the group behind Spain.

Neither of these countries are among the favorites for the tournament but making it to the knockout stage would be a nice accomplishment, a win in game one would help a ton in that pursuit.

Croatia has never lost to Turkey. The last time they met was in Euro qualifying in 2011.

Turkey is far from an international soccer power but they are entering the tournament with a high level of confidence given that they have not lost in more than a year.

Included in that winning streak are victories over Euro participants Sweden and Austria – Holland too but they didn’t make the field.

In terms of style of play do not expect Turkey to be the prettiest side out there. They do not have the goal scoring talents of some of the other teams and will look to keep the ball in the midfield and attack only when the right situation presents itself.

It will not be entertaining but they hope to continue their successful run.

Coach Fatih Terim led the Turkey side in 2008 when that group surprised in making it to the semi-finals. He gives the group confidence and has managed his roster assuming that they can make it past the group stage.

If they are going to advance to the knockout round this seems to be the key match. Spain will likely sweep the group and the winner of this one will have a good chance to advance.

They are the underdogs and that is probably a role they relish. Look for a spirited match from this squad.

Croatia has potential to be a factor in this tournament, as they have been in the past, but don’t get caught up by the fact that they throttled San Marino 10-0 in their final tune up game.

They enter group play as the expected second best team in Group D. There is concern that coach Ante Cacis might not be the right fit anymore.

Though Croatia may not have the deepest soccer history there is talent on this team Luka Modric and Mateo Kovacic both play for Champions League winner Real Madrid and Ivan Rakitic is a regular for Barcelona.

They might not have that one recognizable star but there is quality throughout the lineup.

The most experienced international for Croatia is Darijo Srna. He has 21 goals in 129 caps. By comparison, Mario Madzukic, has the same number in about half that and is coming off a solid season with Juventus.

He has played for big clubs and was a monster with Bayern Munich a few years back.

Midfielder Ivan Perisic is another player who could be a factor in this tournament. He is a shifty player who knows how to create space and score. He is streaky.

With Inter this season he has goal streaks of three and five games.

It would be great if they could get him on a roll.

This is a game that holds a lot of meaning. As the first game of the tournament each side definitely wants to get off to a good start but this is also a likely swing game for both clubs if they want to make it to the next stage.

Will they be hesitant or confident from the get go.

This is a spot where you probably need to factor in some long-term betting strategies as well. If you think that Croatia has a shot of taking this group away from the favourite Spain than they have to get this win

This is my first pick of the tourney so I should start by saying I almost never choose draws. It is not because they have poor payoffs, quite the opposite, I just find it challenging to go in that direction.

Teams will be fighting for wins with the exception of the biggest of mismatches.

In this one I am going to go with the favourite. They have more talent and after a feeling out period in the first half should exploit enough opportunities to get a decisive victory.