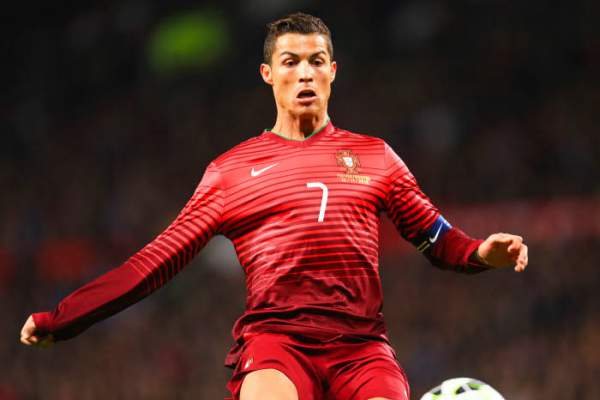 Portugal, led by Cristiano Ronaldo, always has a shot, such is life when you have one of the best players in the world on your side.

This should be a chance for Portugal to ease into the tournament as Iceland is not expected to put up much of a fight and probably would not have made it if the field were not expanded.

Portugal is on the short list of teams that most think could win this tournament. They are not in the top favourites but Ronaldo is still good enough to advance his team past the group stage and deep into the knockout round.

The key for this squad will be playing up to potential. Unfortunately they have a history of playing down to their opponents.

If they are getting away from that it should show in this game against Iceland.

A lot of pundits have their eye on this team because they have an experiences core with several young players that could put them over the top. A player to watch closely is 23 year Rafa Silva.

He could be a factor is Ronaldo is bottled up.

Manager Fernando Santos has managed all of the big clubs in Portugal and has had success in big tournaments as the manager of Greece.

He might be of  a defensive mindset but he will let his horses run a little too.

Iceland is certainly not one of the established European power on the pitch. They got a key win over Holland in qualifying but lets not laud them too much about draws with the likes of Kazakhstan and Latvia.

Iceland does not have any player on a level with Ronaldo but to be frank few players like that exist. The closest they have is Gylfi Sigurdsson who played for Swansea City this season.

He has 13 international goals, third most on the team. He got the lone goal against the Dutch.

Another player in his prime is Kolbeinn Sigthorsson.

Even though he has not been a big factor playing for Nantes in Ligue 1 the coaches really like his physical nature. He has been able to find the back of the net in international play with 19 goals.

Iceland is a rarity in that it has co-coaches: Lars Lagerback and Heimir Hallgrimsson. Lagerback has been in this role before with Sweden and this is probably his last go.

He is very focused and is leaving things in good shape for his protege it seems.

Portugal is an overwhelming favourite here and for good reason. They have the talent and experience to be a factor in the tournament and should get an easy match.

You will be really out on a limb if you are predicting a win by Iceland to start the tournament. They are a hard working group but I think they will have a hard time getting on the board and the more chances they take the more they might get burned.

Portugal is the play here but I can understand if you don’t like the payoff for the risk. Even though they may play down to their opponent I expect that they will be in control the whole match.

The over could also be a good one. I can see this one playing out with a quick goal by Portugal forcing Iceland to take more chances than they really should.

A goal in the latter parts of the second half pushes it over the total.

If you’re looking for more picks like this Portugal vs. Iceland we’ll be providing 4* free Euro 2016 plays on the blog all Tournament long, and check out our Experts for guaranteed premium & free Euro 2016 picks!