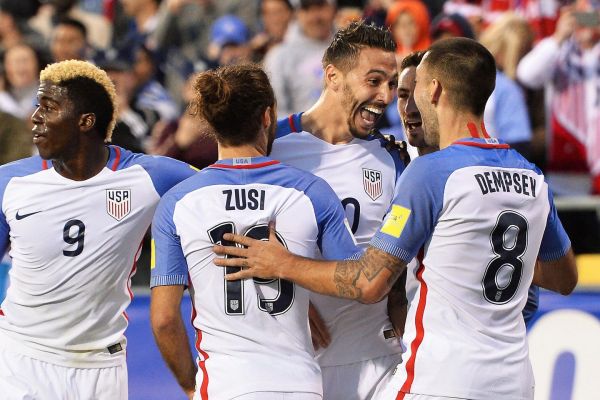 The quarterfinals are set for Copa America and the host country gets a shot after winning their group.

The United States and Ecuador meet Thursday night to kick off the round, with a spot in the semis on the line.

Finishing 2nd in Group B, Ecuador gets a shot at the United States, a team that they really haven’t had much success against in the past.

Ecuador reached the quarterfinals with a convincing win over Haiti in their final game.

They needed to win by more than one in the game, which was achieved in the opening 20 minutes of the game.

Enner Valencia and Jefferson Montero will be the two biggest keys here. The duo provide a lot of attack from the wings for Ecuador will need to find a way to control the tempo in this game.

Services into the box will be important for both these players as well.

The United States started their Copa America tournament off on a horrible note.

They were dominated by Columbia and set themselves up in a spot where they needed to win their next two games.

They had no problems with Costa Rica in a 4-0 win, which set them up for their final game of the group against Paraguay.

A win or draw would get them through and after an early goal, they saw themselves play with 10 men after an early 2nd half red card. They held strong and took home a 1-0 win to advance.

However, things weren’t done for them yet. Columbia was shocked by Costa Rica the following night, as the United States took the group.

There were some unfortunate outcomes for the United States winning the group. Instead of playing in New York, they had to jump on a plane and head all the way out west.

They play Thursday, giving them one less day of rest than the rest of the field.

Ball control and an early strike will be key here for the Americans.

DeAndre Yedlin will have to be replaced as well, as he will be suspended for his red card in the final group game.

These two teams play very similar styles, which will make this game a stalemate at times.

Set pieces and counter attacks will decide this one.

The United States home field is a big benefit here. Advancing past the quarters will certainly be a nice treat for their fans here.

Look for some inspired play here and an early goal to set the tone.

If you’re looking for more picks like this Ecuador vs. USA? We’ll be providing 4* free Copa America plays on the blog all Tournament long, and check out our Experts for guaranteed premium & free Euro 2016 picks!