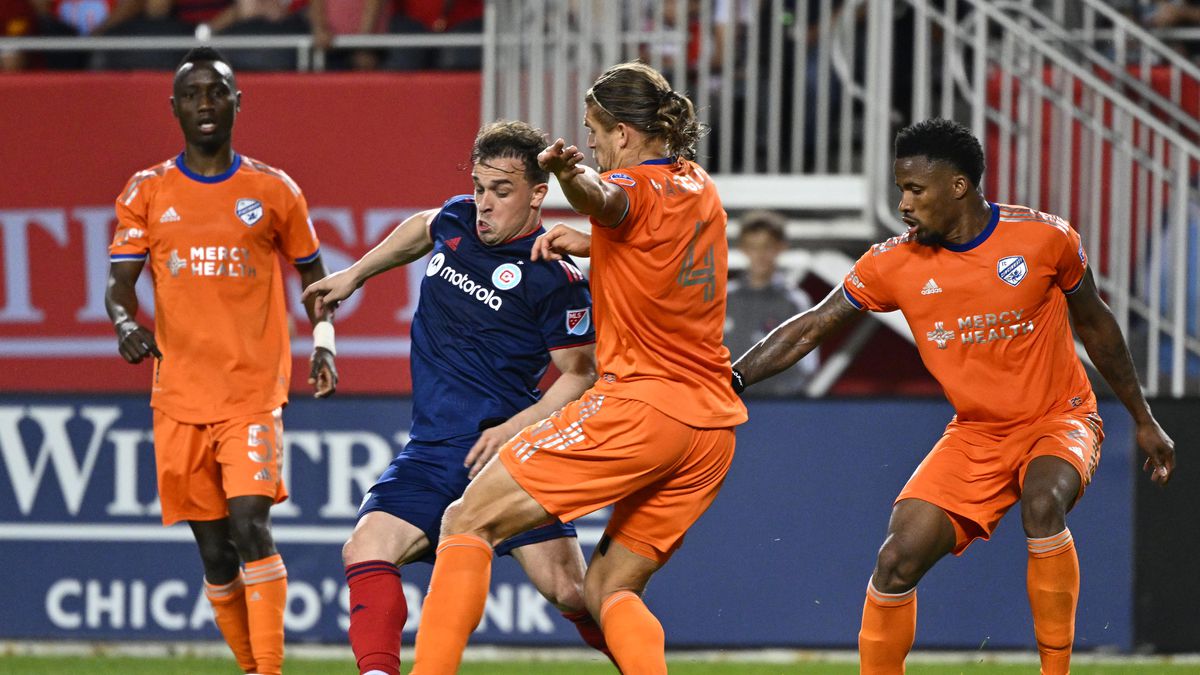 Heading into the Chicago Fire’s 12th game of the season, the team is below .500 at 2-4-5. This mark places them 14th in the Eastern Conference. In their last match, Chicago fell to FC Cincinnati by a score of 2-1. So far, the Chicago Fire has turned in 6 performances with one goal or less. While on defense, Chicago’s defense has given up at least two goals two times this year.

On offense, Chicago Fire is led by the strong play of Xherdan Shaqiri and Kacper Przybyłko, who have each found the net 2 times. So far, their combined goals account for 50.0% of the team’s overall scoring. Early in the season, goalie Gabriel Slonina is off to a rough start, as he has a save percentage of just 62.5%, placing him 23rd among MLS goalies. This performance has come with opponents taking a total of 32 shots on goal.

On offense, NY Red Bulls is led by the strong play of Lewis Morgan and Patryk Klimala, who have each found the net 4 times. So far, their combined goals account for 43.75% of the team’s overall scoring. To start the year, the NY Red Bulls have turned to Carlos Coronel as their primary goalie. In his 11 starts, he has a save percentage of 72.4%, 10th best in the MLS. This has come with opponents taking 29 shots on target.

So far, both the New York Red Bulls and Chicago Fire are generating scoring opportunites at a below-average rate. On the season, New York ranks 17th in attacking area possessions, with Chicago sitting 19th. Although both squads are generating attacking zone possessions at a below-average rate, the New York Red Bulls have been able to counter this with strong defensive play, giving up the 4th fewest attacking possessions, compared to Chicago, which ranks 13rd among MLS units.

In this matchup, look for the Chicago Fire to keep it close, as even though they have struggled with their goalie play, their overall defense does a good job at preventing shots on goal. I recommend taking Chicago +.5.

If you’re looking for more picks and tips like this Chicago Fire vs. NY Red Bulls matchup we’ll be providing 4* free MLS betting tips on the blog all season long, and check out our Experts for guaranteed premium & free MLS picks!