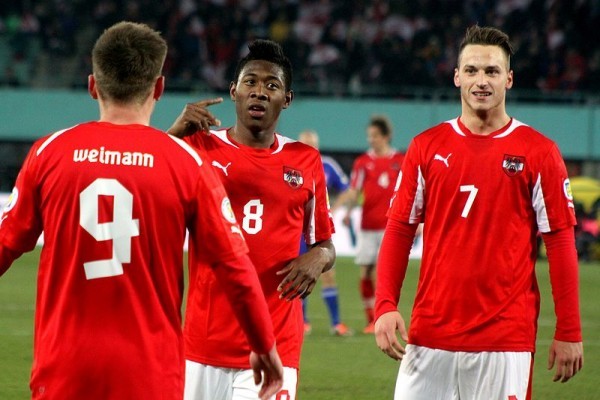 As you can see by the odds this is one of the bigger mismatches of early group play. Even though Austria is far from a tourney favourite oddmakers are not giving Hungary much of a shot to win this one.

For Austria they have to get this one which is likely their best chance at winning any games during the stage. They were near perfect in qualifying no maybe there is more there than some realize.

It was kind of a story that Holland did not make the tournament and Austria played them and lost in their final tune up match just a week ago. Losing is never good but perhaps a stern test like that better prepares them for the challenge of the next few weeks.

The most experienced international for Austria is defender Christian Fuchs. Fuchs was with shocking Leicester this season so perhaps he can bring that magic to his national squad.

Up front the Austrians will be relying on Marc Janko. Janko played in the Swiss League this season for Basel and was able to find the back of the net pretty regularly with 22 goals in 33 appearances.

No Austrian has more international goals.

Janko will be looking for scoring help from Marko Arnautovic. The big forward was with Stoke in the Premier League this season with memorable performances like 2 goals in a clean sheet win over Man City.

Hungary is expected to bring up the rear in Group F. Mostly they will be looking to steal a point somewhere in the competition and will be happy to play to a draw with all of their opponents.

Though not much is expected from Hungary it is not because they are a green team. They have just a couple of players under the age of 25. They are leaning on the likes of Zoltan Gera, who plays in his home league for Ferencvaros.

Manager Bernd Storck knows that his squad is going to have a talent disadvantage throughout this tournament and that it will be on him to utilize tactics that will help them bridge the gap. He is known as a guy who is not afraid to take risks so maybe we will see something different on the pitch once the tournament starts.

It has been 30 years since Hungary competed in the event so they could certainly be in the we are just happy to be there mode.

The one thing that might help is that they get to get their feet wet against Austria, not exactly the most fear inspiring opponent.

Austria is the decided favourite in this one. There is not a lot of history between these two nations on the pitch though. The last time they met was back in 2006. Hungary won that one 2-1.

I am not looking for a repeat. Sure there are bound to be an upset or two in this tournament but this is not the spot I am targeting. Look for a workmanlike win for Austria. No fireworks in this one.

At this point of the tournament hopefully you have a good pulse of the action. With an event like this it is important to remember that it is going to last a month and you don’t have to get down on early games.

If you are a super fan you are likely to watch all of the action but this is probably a game you can just get a recap on. The action is likely to be pretty tame and neither of these teams is expected to be much of a factor moving forward.

If you’re looking for more picks like this Austria vs. Hungary we’ll be providing 4* free Euro 2016 plays on the blog all Tournament long, and check out our Experts for guaranteed premium & free Euro 2016 picks!