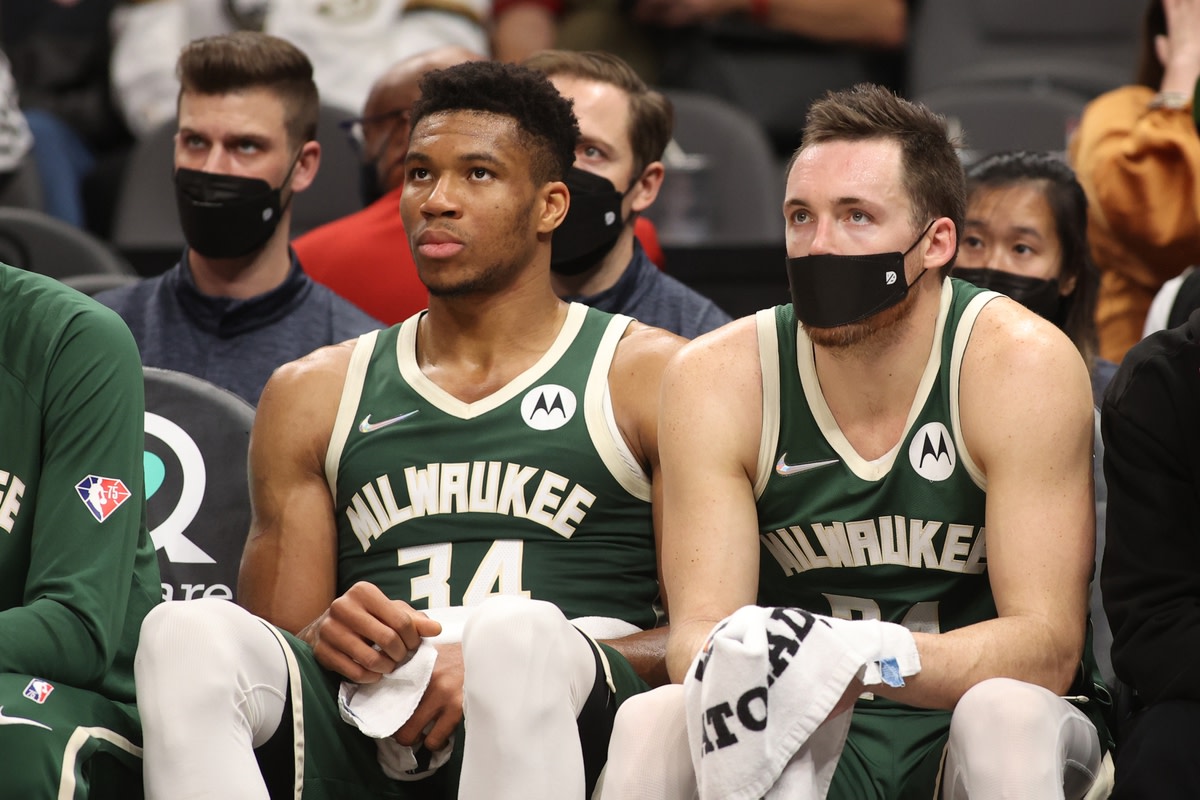 Portland played Saturday winning 112-103 versus the Knicks while Milwaukee has been off since Thursday when they played the Suns for the first time since the NBA Finals and got routed 107-131.

Last season the clubs played twice with Milwaukee winning both and has a current six-game win streak versus the Blazers with the last loss occurring on November 21st, 2018. The Bucks hold the all-time record having bested the Wizards in 78 of their 130 matches

Although most believed the moves by the Blazers GM, Joe Cronin had more to do with gaining flexibility and freeing up cap space they’ve fared well since the trade deadline.

Portland cut ties with seven players (including two from the original trade) with the big losses being CJ McCollum and Norman Powell.

The seven players retained were Eric Bledsoe, Justise Winslow, Keon Johnson, Josh Hart, Didi Louzada, Elijah Hughes, and Joe Ingles. Winslow was the only player who participated versus the Magic and Lakers, while Hart and Hughes played Saturday.

Since the departure of McCollum, the Blazers are 2-1 and Hart showcased why he is the best of the incoming assets in Saturday’s victory scoring 23 points and hitting three of his six triples.

His defense and scoring were key to the comeback which witnessed the Blazers erase a 23 point deficit to steal the game from New York as they held the Knicks to 11 fourth-quarter points.

Anfernee Simons led the team with 30 points, eight assists, and five rebounds while Jusuf Nurkic had a huge double-double of 12 points and 20 rebounds plus six assists.

Eric Bledsoe (Achilles), Dennis Smith Jr. (elbow), and Keon Johnson (ankle) were all downgraded to out Monday. Didi Louzada Silva (knee) and Damian Lillard (abdominal) are out indefinitely. Joe Ingles (ACL) and Nassir Little (shoulder) are out for the season.

It’s hard to say whether the Bucks took the game versus the Suns as seriously as Phoenix did. Undoubtedly they want to win all games but it’s unlikely they felt the need to make a statement in the same manner the Suns were motivated to.

On the day the Bucks traded Donte DiVincenzo Milwaukee got hit with bad luck losing Pat Connaughton to a broken hand (right fourth metacarpal) so suddenly they aren’t as deep on the wing.

It’s unknown how long he’ll be out, but based on other players who’ve suffered this injury it’ll likely keep him out between 15 and 20 games albeit the severity of the break will dictate the exact timeline.

In the loss to the Sun, Giannis Antetokounmpo had a decent night with 18 points, seven rebounds, and eight assists but a deeper dive into his stats offers evidence Phoenix had him under wraps.

The superstar got eight points at the line (8 of 14) and shot 5 of 14. Jrue Holiday and Khris Middleton each scored 21 while Bobby Portis was near a double-double with 11 points and nine rebounds but the Suns’ bigs attacked him on defense all night (Ayton scored 27).

Serge Ibaka could be making his debut in this game after being acquired at the deadline.

Antetokounmpo (undisclosed) is probable while George Hill (neck) was downgraded to out for Monday. Connaughton (hand) and Brook Lopez (back) are out indefinitely.

Theoretically, this should be an easy victory for the Bucks but I’m not about that 15 point spread especially with the Blazers riding a high of confidence and invincibility.

If you’re looking for more NBA picks like this Portland Trail Blazers vs. Milwaukee Bucks matchup, we’ll be providing 4* free NBA predictions on the blog during the entire 2021 NBA season, and check out our Experts for guaranteed premium & free NBA picks!